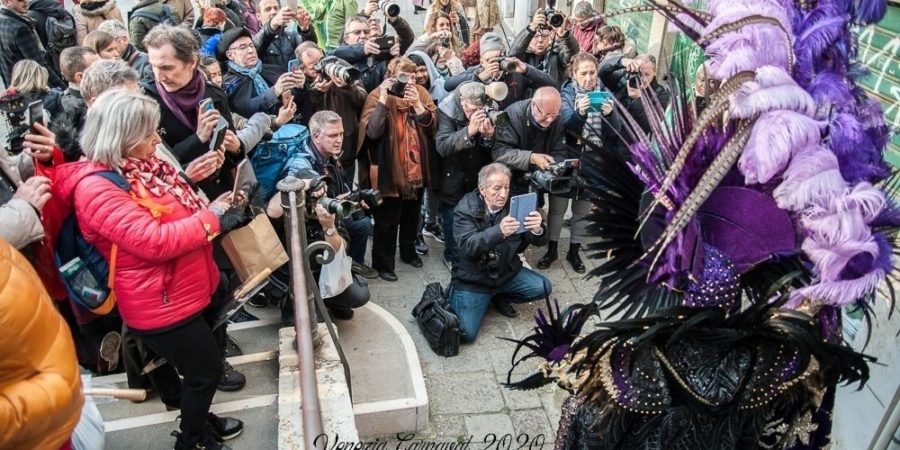 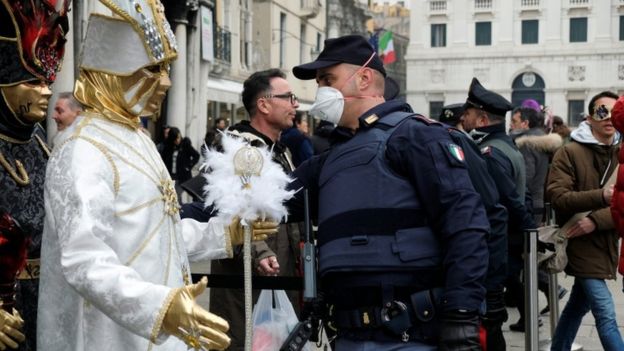 Italian officials have cut short the Venice Carnival as they try to control what is now the worst outbreak of the coronavirus in Europe.

“Italy has by far the highest number of coronavirus cases in Europe, with 152.

“About 50,000 people cannot enter or leave several towns in Veneto and Lombardy for the next two weeks without special permission. Even outside the zone, many businesses and schools have suspended activities, and sporting events have been cancelled including several top-flight football matches.

“In neighbouring Austria, authorities denied entry to a train travelling from Italy after it emerged that two passengers had fever symptoms. The train was on its way from Venice to Munich, but is currently being held on the Italian side of the Brenner Pass. 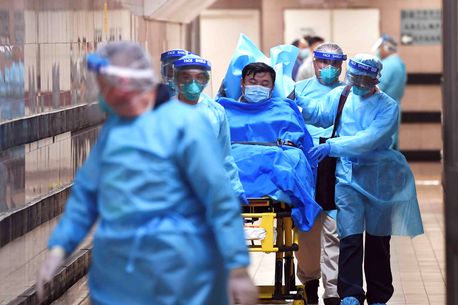 “Elsewhere, authorities in South Korea and Iran are battling to control rising numbers of infections. South Korea has raised its coronavirus alert to the ‘highest level’,” the report added.

“In the UK, four passengers recently returned from quarantine on the Diamond Princess cruise ship in Japan have tested positive for the virus.

“The new strain of coronavirus, which originated last year in Hubei province in China, causes a respiratory disease called Covid-19. China has seen more than 76,000 infections and 2,442 deaths.”

On Saturday (February 22), Italy’s Prime Giuseppe Conte announced that “extraordinary measures” would come into force to try to stem the rising number of coronavirus cases.

He said the quarantine restrictions could last for weeks.

“Angelo Borrelli, the head of Italy’s Civil Protection Department, told reporters that 110 of the confirmed cases were in Lombardy, with 21 in Veneto with others in Emilia-Romagna and Lazio.

“Officials reported a third death on Sunday, an elderly woman from the town of Crema suffering from cancer.

“Italian officials say they are still trying to trace the source of the outbreak. 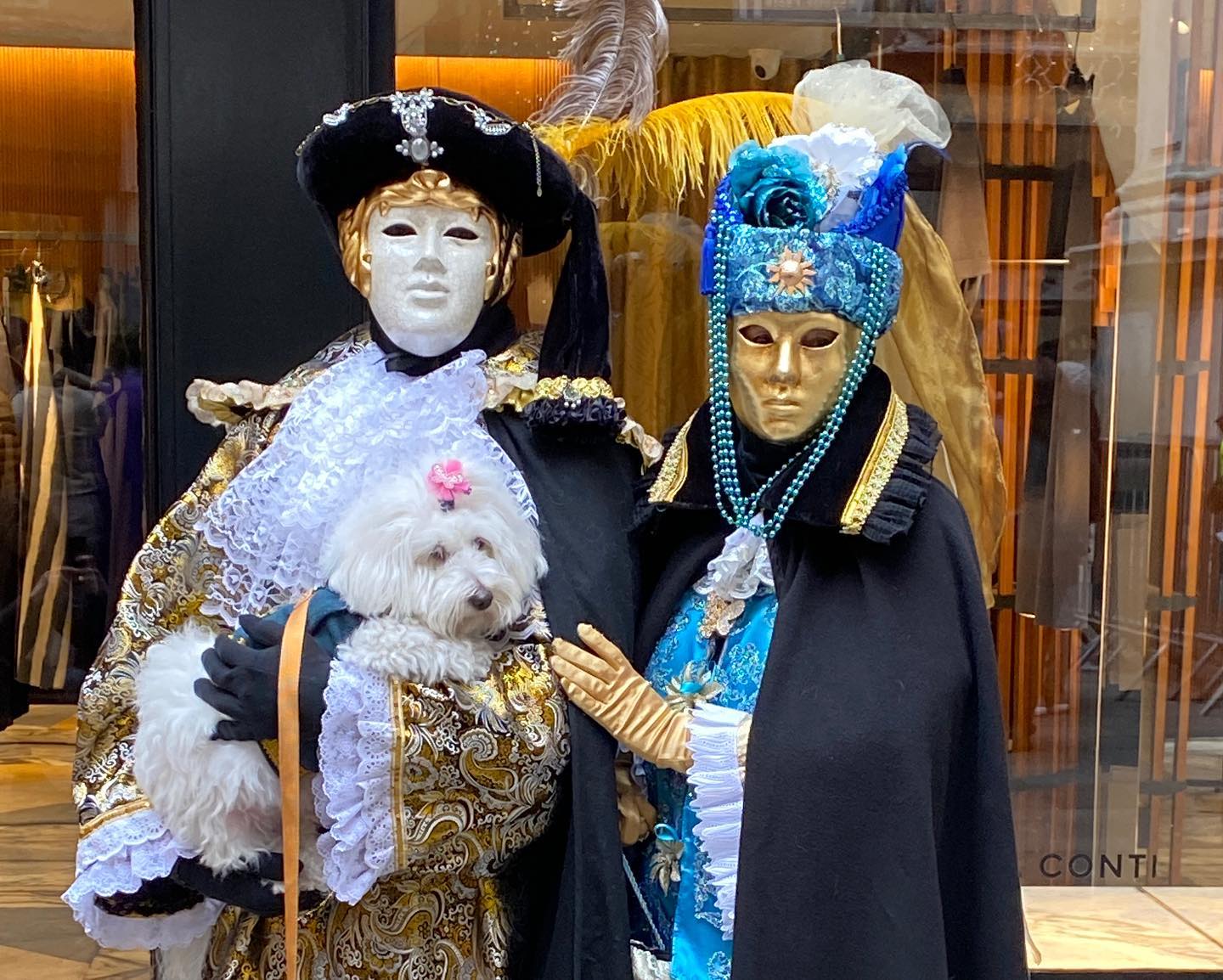 “The Venice Carnival had been due to close on Tuesday but regional president Luca Zaia told Sky TG24 television on Sunday that it would be suspended, along with other events, in a bid to combat the virus.

“Meanwhile Giorgio Armani’s fashion show, scheduled to be held in Milan on Sunday, went ahead but without any media or buyers present. The show was livestreamed on its website, Instagram and Facebook pages.

“Dolce & Gabbana’s fashion week show went ahead as normal, though, with some guests wearing surgical masks.”

And South Korean President Moon Jae-in said today, the country faced “a grave turning point”, and the next few days would be crucial in the battle to contain the outbreak.

“South Korea has reported six deaths and more than 600 confirmed infections – the highest number outside China, although an outbreak of coronavirus on the Diamond Princess cruise ship docked in Yokohama, Japan, has also seen more than 600 cases.”

Mr Moon said: “The government will raise the alert level to the highest level according to experts’ recommendations.”

The report concluded: “Health officials revealed a further leap in the number of coronavirus cases with a cluster of infections linked to a hospital and to a religious group near the south-eastern city of Daegu.” 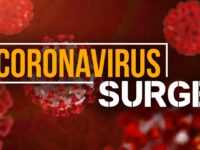 Not One But TWO COVID Deaths Today, Both Women In Mid To Late 50s 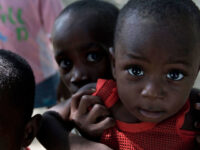 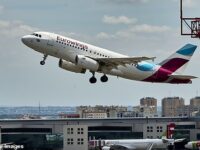 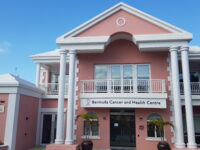