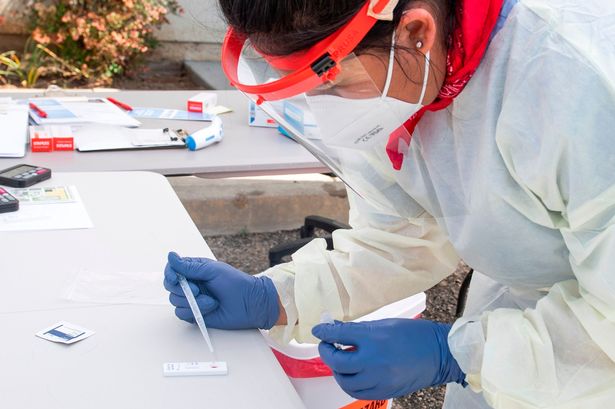 Mirror Online: UK, May 23, 2020 – Researchers have discovered that immunity to Coronavirus may only last for six months.

Findings from scientists at the University of Amsterdam have raised questions over whether ‘immunity passports’ could still be a route out of lockdown.
Researchers tested 10 men for four coronaviruses, which cause the common cold, regularly over the course of 35 year and found that there was ‘an alarmingly short duration of protective immunity’.

The found that after six months the levels of antibodies had substantially reduced and by 12 months people were frequently reinfected with the virus, The Times reported.

Health Secretary Matt Hancock announced at the Downing Street briefing on Thursday that the Government has signed a contract for 10 million antibody testing kits.

And it was announced last week that the UK was launching a new study to investigate if and for how long coronavirus survivors have immunity.

The hope is that if having coronavirus makes you immune to getting it again, the government could use a system of “immunity passports” to get people back to work.

These are fraught with controversy, with the government’s own scientists warning even a small margin for error to lead to large numbers returning to work with a false sense of security.

Experts also warn employers could discriminate on the basis of immunity status or people could attempt to “game” the system, or get a false result.

However, for now such systems are simply not an option due to the lack of knowledge about immunity.

Up to 20,000 people in England, Scotland and Wales will be asked to take part in the government-funded study by UK Biobank.

It will involve taking an antibody test and describing symptoms through a questionnaire.

The study is being launched after scientists managed to develop a “100% accurate” test to check for antibodies in people who’ve had Covid-19.

But University of Amsterdam researchers said that antibody tests to estimate how many people had been infected would become of limited use.

The study, which has not yet been peer-reviewed and did not include women, suggests people may have to get the jab annually to be immune to the bug.