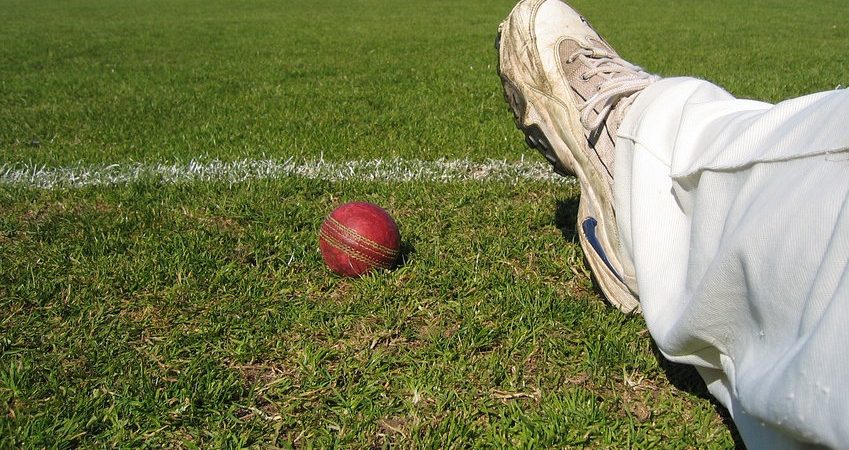 Whenever this happens, we will hear shouts from the spectators like: “It’s not in the spirit of cricket it’s supposed a gentlemen’s game or it’s not fair play”. It happens when the bowler runs out the nonstriking batsman for being outside of the popping crease, leaves his crease, advancing past the popping crease, or attempting to steal a run, backing up.

Even most players on the fielding team do not seem to enjoy the ‘backing up’ run out as they
should, especially when these run outs happen at a critical time. It usually occurs when
desperation sets in and considered as the only option in a last ditch effort to win a match.

Before we get to the contradictory and controversial part, let’s discuss what the term ‘backing up’ by the non-striker and what it means.

The nonstriking batsman leaves his crease before the bowlers delivery in order to shorten the
distance, or to gain ground, or to steal a run. Let me ask you – would you describe this action as backing up? And does the phrase ‘backing up’ support this action?

Here is a proper and self explanatory example of the phrase in cricket. When a fielder throws
the ball in an attempt to knock down the stumps and another fielder stands, or runs to the far side of the stumps to stop the ball if it misses the stumps. This is called ‘backing up’. The fielder is backing up the ball thrown at the stumps to prevent further runs.

Some contradictory and controversial stories that come with this run out include:

1) The bowler does not have to warn the non-striker after his attempt to steal a run but the
batsman will say that he was not warned. Sometimes the officials will ask the bowler if he
warned the batsman.

2) The rules do not say that the fielding captain must confirm the run out appeal but theyare
sometimes asked to confirm by the officials.

4) That the non-striker will accidentally leave his crease. When we initially learn to play
cricket we are taught to stay in the crease.

This Mankading or run out rule has become well known since 1947, and is made to look like bad
sportsmanship by the cricket governing bodies and the press. There is too much drama put on
this play. Almost immidiately this run out is called controversial. If the umpire clearly sees the run out, then why the time wasting? The rule should be applied more often to take the stigma away and to stop the batsman from gaining ground.

Stealing ground is also unfair play. Some of us recall that teams lost crucial matches because bowlers did not run out the non-striker and in some cases, captains turned down the appeal.

We, here in Bermuda, have some bowlers that would not give you an inch down the wicket. One
such person was Dwayne ‘Pickles’ Steede, the fast bowler who played for Southampton Rangers.

Southampton Rangers played a touring Barbados team at Rangers and Sherwin Campbell
(former West Indies opening batsman and presently the West Indies Women’s team coach) was
at the non-strikers end. Steede tried to run out Campbell but his appeal was turned down.

During the 1980s, Southampton Rangers were playing Nationals Sports Club at Nationals and
Steede ran out Brian Morris for being out of his crease. When Morris got back to the pavilion, he shouted some ‘ungentleman-like’ words at Steede. Al James, who was the coach for Nationals had to calm Morris down.

‘Pickles’ Steede also ran out David Wilson who played for Western Stars or Warwick at the time. He probably had more run outs than this. At times Steede was even edged on by the Rangers fans to run a batsman out because they knew that he would do it. He earned quite a reputation for running out the non-striker.

Jeffrey Pitcher was another bowler who claimed more than one run out. Pitcher ran out Gladwin
‘Chiefy’ Ingham who played for Warwick after leaving Rangers. And Ingham was not happy, as
his words implied.

James Pace who also played for St David’s may have run out a non-striker for advancing down
the wicket as well.

In any case, I believe the phrase ‘backing up’ by the non-striker should be changed to words
that apply to the action such as, stealing a run; which is a very good reason to run a batsman out and not feel bad about it.

I ask that you cricket officials, umpires, coaches, players, commentators and avid cricket fans respond to this opinion column. I am concerned that such wording to describe an action has been used out of context for so long.

Letter to the Editor from Gerald Bean. Contradictory and Controversial Cricket Laws, Rules & Regulations – Running out of the non-striker batsman ‘backing up’