Colonel Burch: Tobacco Bay Should Not Have Been Closed to Public Over Weekend 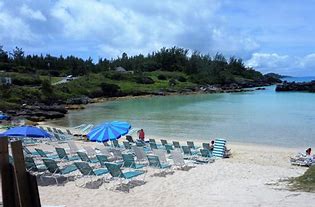 Public Works Minister Lieutenant-Colonel David Burch stated today that Tobacco Bay should not have been closed to the public at the weekend.

In a statement released this afternoon, the Minister stated that the principals Beach Boys Ltd, who run the concession, were given a permit to host an event on Sunday.

But he said: “At no time did the Parks Department grant exclusive rights to the beach.

“In fact at the top of the second page of the application it clearly states: ‘Special Event Permits do not give exclusive rights to a particular spot; they merely grant permission to have an organised event’.”

Ultimately, he said the permit was intended to cover a private function “on a number of days”.

“As a result of this violation of the policies of the special permit along with the public outcry, the parks department have rescinded the permit effective immediately,” he said.

“The parks team will be meeting with representatives of the operators to make it clear that closing the beach to members of the public is not allowed under their terms of lease.”