Associated Press: WAIMEA, Hawaii —  A metal roof sits atop the burned remains of a homestead on the once-lush slopes of Hawaii’s Mauna Kea — a dormant volcano and the state’s tallest peak — charred cars and motorcycles strewn about as wind-whipped sand and ash blast the scorched landscape.

Generations of Kumu Micah Kamohoalii’s family have lived on these lands reserved for Native Hawaiians, and his cousin owns this house destroyed by the state’s largest-ever wildfire.

“I’ve never seen a fire this big,” Kamohoalii said. “Waimea has had fires, many of them before and some maybe a few hundred acres, but not this size.”

The fire has burned more than 70 square miles (181 square kilometers) in the two weeks it has been going. But it wasn’t the first time this area has burned, and won’t be the last. Like many islands in the Pacific, Hawaii’s dry seasons are getting more extreme with climate change.

“Everyone knows Waimea to be the pasturelands and to be all the green rolling hills. And so when I was young, all of this was always green,” Kamohoalii said. “In the last 10 to 15 years, it has been really, really dry.”

Huge wildfires highlight the dangers of climate change-related heat and drought for many communities throughout the U.S. West and other hotspots around the world. But experts say relatively small fires on typically wet, tropical islands in the Pacific are also on the rise, creating a cycle of ecological damage that affects vital and limited resources for millions of residents. 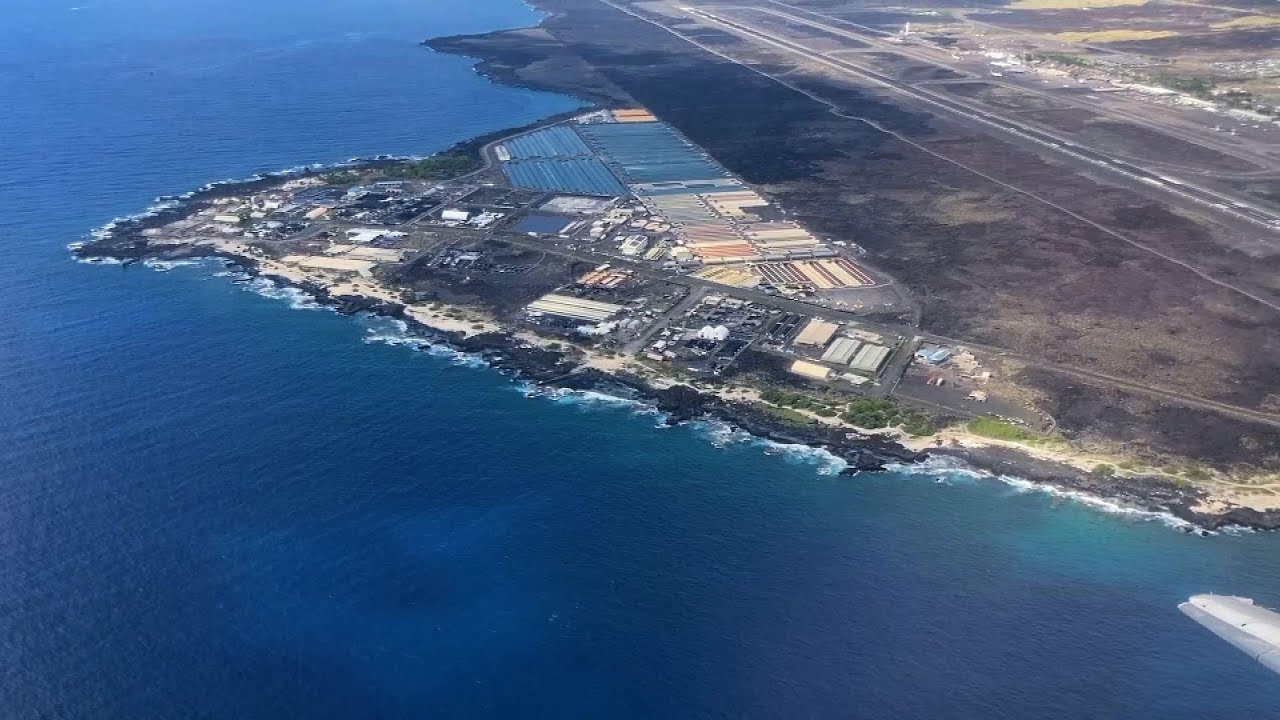 From Micronesia to Hawaii, wildfires have been a growing problem for decades. With scarce funding to prevent and suppress these fires, island communities have struggled to address the problem.

“On tropical islands, fires have a unique set of impacts,” said Clay Trauernicht, an ecosystems and wildfire researcher at the University of Hawaii. “First and foremost, fires were very rare prior to human arrival on any Pacific island. The vegetation, the native ecosystems, really evolved in the absence of frequent fires. And so when you do get these fires, they tend to kind of wreak havoc.”

But it’s not just burnt land that is affected. Fires on islands harm environments from the top of mountains to below the ocean’s surface.

“Once a fire occurs, what you’re doing is removing vegetation,” Trauernicht said. “And we often get heavy rainfall events. All of that exposed soil gets carried downstream and we have these direct impacts of erosion, sedimentation on our marine ecosystems. So it really hammers our coral reefs as well.”

The wet season on tropical islands also causes fire-adapted grasses to grow tall and thick, building fuel for the next summer’s wildfires.

Walker said such non-native grasses that have proliferated in Hawaii are adapted to fire, but native species and shrubs are not.

“While (these wildfires) may not compare to the size and duration of what folks have in the western United States, we burn a significant portion of our lands every year because of these grass fires, and they’re altering our natural ecosystems and converting forests to grass,” he said.

The latest wildfire on Hawaii’s Big Island burned about 1percent of the state’s total land, and other islands in the Pacific such as Palau, Saipan and Guam burn even more — up to 10 percent in severe fire years.

Guam, like many other places, has long used fire as a tool. Farmers sometimes use it to clear fields and hunters have been known to burn areas while poaching.

The U.S. territory’s forestry chief Christine Camacho Fejeran said fires on the island are mostly caused by arson. “So all of Guam’s wildfires are human-caused issues, whether it’s an intentional or an escaped backyard fire or another (cause),” she said.

While no homes have been lost to recent wildfires on Guam, Fejeran believes that trend will come to an end — unless more is done to combat the fires.

The island has made some changes in fire legislation, management, education and enforcement. Arson has become a chargeable offense, but Fejeran says enforcement remains an obstacle in the tight-knit community.

Back in Hawaii, last week’s blaze destroyed three homes, but the fire threatened many more.

Mikiala Brand, who has lived for two decades on a 50-acre homestead, watched as flames came within a few hundred yards (meters) of her house.

As the fire grew closer, she saw firefighters, neighbors and the National Guard racing into her rural neighborhood to fight it. She had to evacuate her beloved home twice in less than 24 hours.

“Of course it was scary,” she said. “But I had faith that the strong, the brave and the talented, and along with nature and Akua, which is our name for the universal spirit, would take care.”

Demonstrating the tenacity of many Native Hawaiians in her farming and ranching community, Brand said, “I only worry about what I have control over.”

Down the mountain in Waikoloa Village, a community of about 7,000, Linda Hunt was also forced to evacuate. She works at a horse stable and scrambled to save the animals as flames whipped closer.

“We only have one and a half roads to get out — you have the main road and then you have the emergency access,” Hunt said of a narrow dirt road. “Everybody was trying to evacuate, there was a lot of confusion.”

The fire was eventually put out just short of the densely populated neighborhood, but had flames reached the homes, it could have been disastrous on the parched landscape.

“When you have high winds like we get here, it’s difficult no matter how big your fire break is, it’s going to blow right through,” Hunt said.

While fires are becoming more difficult to fight because of dry and hot conditions associated with climate change, experts say the Pacific islands still can help prevent these blazes from causing ecological damage and property losses.

“Fire presents a pretty interesting component of kind of all these climate change impacts that we’re dealing with in the sense that they are manageable,” said Trauernicht, the University of Hawaii wildfire expert.

In addition to education and arson prevention, he said, land use — such as grazing practices and reforestation that reduce volatile grasses — could help.

“It’s within our control, potentially, to reduce the impacts that we’re seeing with fires,” Trauernicht said. “Both in terms of forest loss as well as the impacts on coral reefs.”