Nearly 2,000 residents of the tiny Caribbean island of Barbuda hard hit by Hurricane Irma, were moved to its sister island of Antigua to hunker down in government buildings and residential homes as Hurricane Jose approached.

Fortunately, Jose turned and missed both islands, as Caribbean islanders look to pick up the pieces from the devastating effects of Hurricane Irma.

The storm, which moved away from the norther Leeward Islands last night, is expected to gradually weaken overthe next few days, while Irma bears down on the Florida Keys this morning.

Meanwhile, hurricane warnings are no longer in effect in Barbuda and Anguilla. And warnings have been lifted for Antigua, the British Virgin Islands, St Thomas and St John of the US Virgin Islands. But tropical storm warnings remain in effect in Sint Maarten, St Martin, and St Barthelemy, also known as St Barts.

In Sint Maarten, 70 percent of the homes were destroyed by Irma. Barbuda was completely flattened with widespread devastation throughout the Caribbean.

US ambassador for Antigua and Barbuda, Sir Ronald Sanders, who is quoted by international news media outlets today, said restoration could take years. Initial estimates on costs to repair the damage run in the region of $150 million or more.

“Jose would have only added to the debris,” he said. “There’s no one there now. It’s like a scene from winter without snow. No grass. No trees. It is just rubble. We now have refugees from Barbuda in Antigua, and will have to sustain their lives for months, probably years, as we rebuild.

“We have reached out for assistance to the US but I’ve been told they could not promise anything because, I suppose, they have challenges of their own in Florida, the US Virgin Islands and Puerto Rico. We will have to look to the broader international community,” he added.

And while the death toll continues to rise, there was only one fatality recorded in Barbuda – a two-year-old boy, who was found by neighbours after he was swept away by storm surge. The Associated Press reported that Irma ripped off the roof of his family’s home when the young child’s death occurred.

In Anguilla, Irma shattered businesses and homes across the 16-mile island.

Six warships were dispatched this weekend by the US military, in addition to helicopters and cargo planes, carrying troops from the National Guard and thousands of pounds of supplies to help hurricane victims throughout the Caribbean.

The Pentagon said the other three ships, inbound from Norfolk, were delayed after Jose forced them to adjust their course while in transit.

According to the US Northern Command, “the military will provide generators, fuel and gas, water-purification systems and tools to clear roads choked with storm debris”.

“The Army Corps of Engineers sent teams to US territories to help restore electricity, and National Guard personnel were activated to help with evacuations and search-and-rescue efforts”.

In the US Virgin Islands, Irma wiped out power and communications. The US military said: “Five C-130 transport planes were evacuating Americans trapped on St Martin. Nearly 900 people had been flown to Puerto Rico between Friday and Saturday afternoon, with flights expected to resume Sunday.”

The massive Category 4 storm made landfall in Cuba around 11pm on Friday. The Cuban government moved hundreds of thousands of people away from cities and towns along the coast, including some 36,000 tourists from hotels and beach resorts.

Now that the rain has subsided in Haiti aid organizations are beginning to assess the damage as Irma bears down on Florida today.

Meanwhile, forecasters at the Bermuda Weather Service say Jose will reach its closest point of approach to the island within the next three days when it is forecast to be 378 nautical miles south of Bermuda around 3am on Wednesday. 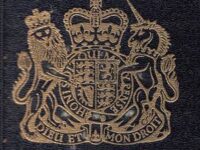 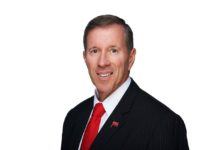 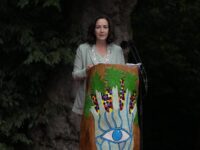