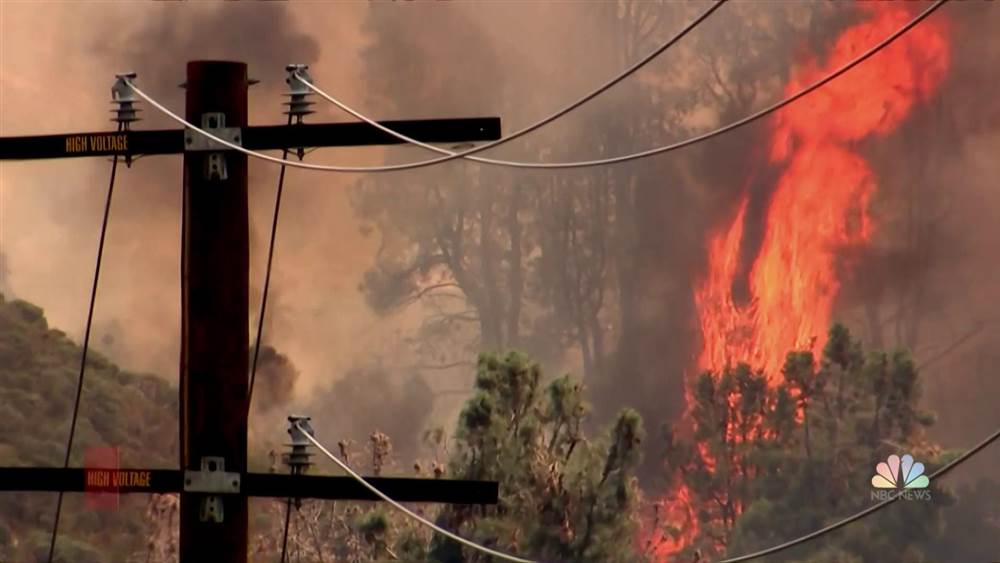 NBC News: August 19, 2020 – California Governor Gavin Newsom declared a state of emergency on Tuesday to ensure that the state gets vital resources amid wildfires that have aggravated a stifling heat wave.

At least 27 fires are raging across the state, including some caused by lightning from a rare summer thunderstorm Sunday, according to a map by the California Department of Forestry and Fire Protection. The flames have intensified temperatures from a serious heat wave that rolled in over the weekend.

About 20 fires were being tracked as the single SCU (Santa Clara Unit) Lightning Complex Fire and have consumed 25,000 acres in two days, Cal Fire said. They’re in the counties of Santa Clara, Alameda, Contra Costa, San Joaquin, and Stanislaus.

Multiple communities in Napa County were either under evacuation orders or warnings.

Newsom’s office said Tuesday night it has secured grants from the Federal Emergency Management Agency to help the state fight the LNU Lightning Complex Fire and the Jones Fire in Nevada County.

Bay Area air quality officials advised residents to stay indoors “if temperatures allow” Tuesday and Wednesday as a result of smoke in the atmosphere.

On Saturday, a fiery tornado was spotted near the Nevada border where the Loyalton Fire continues to burn in Tahoe National Forest.

The emergency order will allow agencies to deploy every possible resource to keep residents safe under such “extreme” conditions, Newsom announced Tuesday.

“California and its federal and local partners are working in lockstep to meet the challenge and remain vigilant in the face of continued dangerous weather conditions,” Newsom said.

The state has been under the threat of rolling blackouts since Friday as the high temperatures have stretched the state’s energy grid to its limits.