BWS: Tropical Storm Karen Not Considered a Threat to Bermuda at This Stage 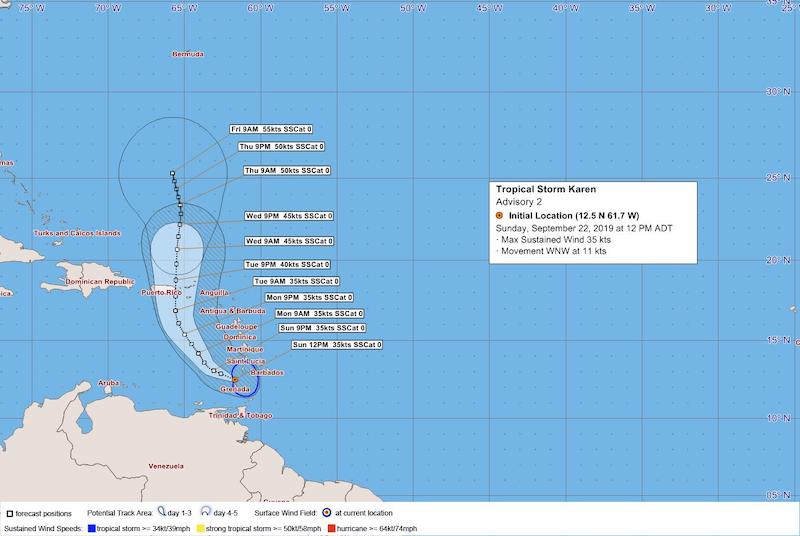 Forecasters at the Bermuda Weather Service (BWS) say Tropical Storm Karen is “not a threat” to Bermuda at this point in time.

The closest point of approach to the island within 72 hours is forecast to be 677 nm to the S of Bermuda by 12 pm on Wednesday, September 25.

But the BWS warned this system may move closer to Bermuda after this time period depending upon its track.

According to the National Hurricane Center, a tropical storm warning is in effect for “Grenada and its dependencies, St Vincent and the Grenadines, the US Virgin Islands and Puerto Rico.

“On the forecast track, the center of Karen will move away from the Windward Islands later today, and then across the eastern Caribbean Sea tonight and Monday. On Tuesday, Karen is expected to approach Puerto Rico and the Virgin Islands.

“Maximum sustained winds are near 40 mph (65 km/h) with higher gusts. Little change in strength is forecast during the next 48 hours,” the NHC said.

Another update will be provided following the next Emergency Measures Organisation meeting on Monday.