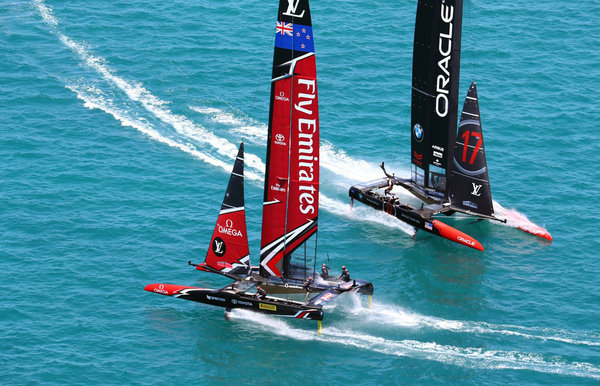 The “America’s Cup has been presented to the people of Bermuda with much glitter”. But Shadow Finance Minister David Burt has warned: “The saying goes ‘all that glitters is not gold’.”

In his Budget Reply, Mr Burt said: “The concern in this community is that ‘gold’ has not yet been seen and that those who have or will see it are few in number.”

While noting that “there are pockets of success stories that make for good PR and local ‘feel good’ stories, he questioned whether this event is “the transformational initiative promised by the One Bermuda Alliance and the event orgainsers”.

“The jury is still out,” said Mr Burt. “It cannot be denied, however, that this niche, elite event has limited appeal globally and is unlikely to transform our tourism to the point where on its shoulders will come sustainability as a result of its presence in Bermuda.”

As an example, the Shadow Minister referred to “the promise that ‘the world would be watching’ October’s World Series Challenge in Bermuda”, and TV ratings.

“The television ratings for the event placed AC in 92nd place in those ratings,” Mr Burt said.

“The world was watching baseball, football and even poker as on 73,000 viewers tuned in for the World Series Challenge. I do not cite these statistics to denigrate the event or its potential positive impact on Bermuda, but to provide some much needed perspective for the public who run the risk of being overrun by the gospel according to the America’s Cup.”

Said Mr Burt: “That paints a picture of success, but without comparative data and actual numbers, percentages do not give an accurate picture.”

While total visitor arrivals were up 44 percent, he asked MPs: “Are we expected to believe that the 54 percent increase in cruise ship passengers for the month was due to the three-day America’s Cup event? Hotel occupancy for the month of October was only 55 percent – not a number that hoteliers will call great. For the entire month of October, only 1,186 visitors declared ‘America’s Cup’ as their reason for travel,” he said.

“Like any other event in support of tourism renewal, the Progressive Labour Party shares the desire for the America’s Cup to succeed. However, we must remember that this event will cost taxpayers millions of dollars.

“Larry Ellison’s net worth is 20 times greater than the size of Bermuda’s national debt. We are constructing a full village in Dockyard to host an event for billionaires that will last one month, and paying them for the privilege of hosting it.”

He concluded: “At a time when we are reducing investments that directly benefit our people, and sending our children to rodent-infested schools, it is important that this event delivers the promised return to the people of Bermuda.

“Though we are hopeful for its success, early indicators seem to show that the return on Bermuda’s investment will be less than the $250 million predicted by the Minister of Finance last year.”

In a report undertaken by the ACBDA on the economic impact of the event, produced by a local accounting firm, Dr Gibbons said more than 10,000 people attended the Event Village on Front Street in Hamilton throughout the weekend. An estimated 550 boats, holding around 5,000 spectators, took to the waters of the Great Sound.

“It was truly an amazing weekend that exceeded many people’s expectations,” said Dr Gibbons.

“But was it an economic success? The answer is yes, and here’s why…$8.6M was injected into our economy by the event.

“There were many Bermudian beneficiaries of this economic stimulus including restaurants, retailers, hotels, taxi drivers, security firms, boat charterers, hospitality workers, plus many small business owners and entrepreneurs.

“Our original forecast for the October World Series event, prepared in 2014, before we won the bid, projected an additional spending impact of $1.7 million. The current report measuring economic activity created from this event estimates the actual spending at $8.6 million.

“In other words, the actual returns far exceeded initial projections. This is clearly a very good result that builds on the overall benefit of hosting the America’s Cup, the teams and all related events,” said Dr Gibbons.

“The original forecast called for $1.7 million in economic activity and the actual figure is estimated at $8.6 million. To summarize, an additional $135,000 was spent and a further $6.9 million was generated over the original forecast,” Mr Durhager said. 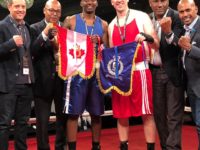 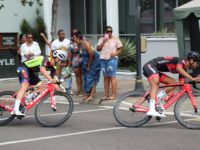 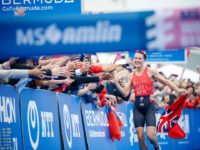 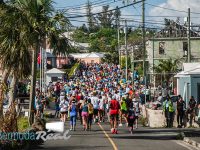