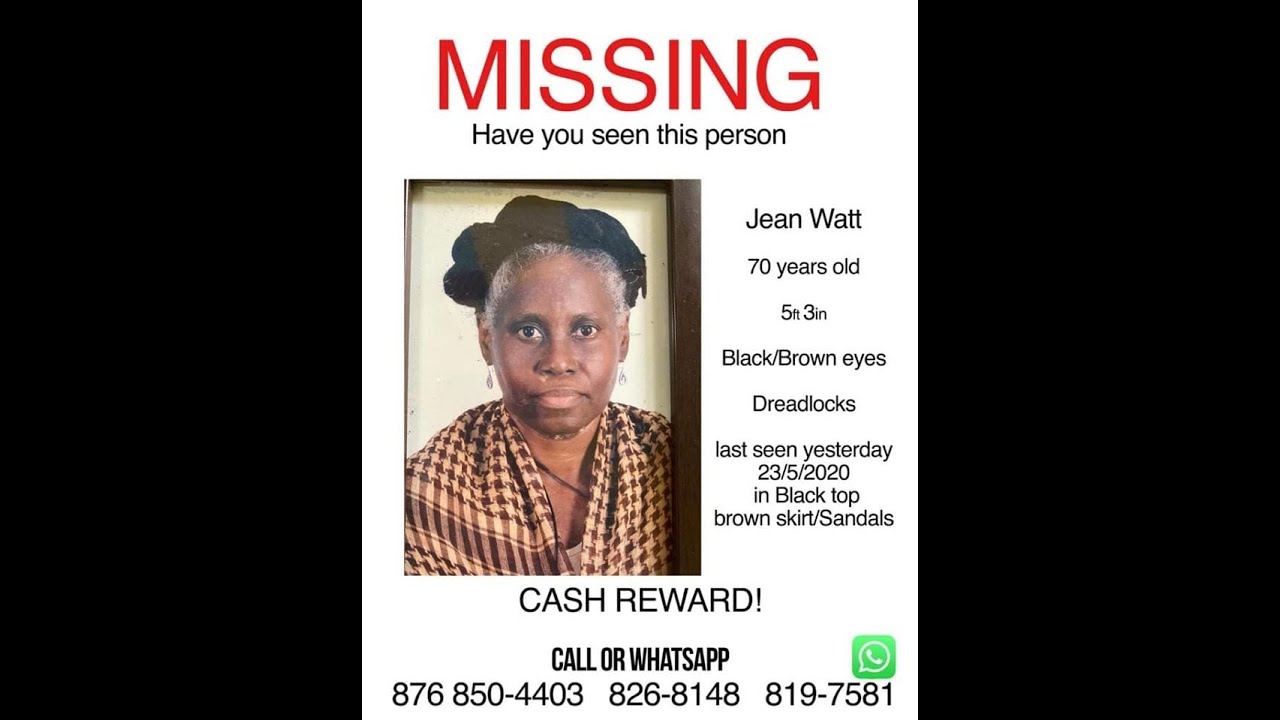 The Gleaner: Jamaica – The family of iconic reggae singer, Bunny Wailer, says he is being “medically sequestered” in order to effectively manage the stress triggered by the disappearance of his partner of 50 years, Jean Watt. Jah B, as the Wailer is known, suffered a mild stroke in late 2018, and Watt, the family disclosed, has challenges which include memory loss.

Maxine Stowe, Bunny Wailer’s manager, who also doubles as the legendary singer’s primary caregiver, and Wailer’s son, Abijah, are spearheading the family crisis as they launch an intensive search for Watt, who has not been seen since she left their residence in Washington Gardens on Saturday.

Jean Watt’s family from Portmore are also integral to the search. Social and traditional media have been utilised in helping the family to find Watt, with a message that states, “Jean Watt, who is known as ‘Sister Jean’, is dreadlocked, about five feet three inches tall, and was wearing a black top, brown bottom and sandals when she was last seen in Washington Gardens, St Andrew, on Saturday, May 23.”

Stowe, naturally, has some concerns for Bunny Wailer’s health. “Jah B has been stabilised and balanced. We were able to limit the effect of the added stress and so he is still worried, but with limited effect on his body,” she told The Gleaner. She has been living at the family home, and has, by extension, become a caregiver for 70-year-old Watt as well.

About a year ago, Watt stirred similar concern by her absence after leaving her sister’s house at Luke Lane, Kingston, and her radar was returning home to Washington Gardens. She was found in less than a day, thanks to the zone of special operations being active in the areas. “Her leaving the home in Washington Gardens, which is at a major crossroads near Six Miles, has us experiencing a very different scenario of a potentially large area. Much of the sighting comes from the Portmore, toll road, Spanish Town area, and so a lot of focus has been generated there,” was Stowe’s update.

Respected by all Wailer’s siblings, peers, musicians and the wider circles of community, Watt is a member of the Ethiopian Orthodox Church and “stands solid with Rastafari as Bunny does”.

As Stowe pointed out, “While (they are) not officially married because of Bunny’s Rastafari views, and not bearing any of his children, they have been together over 50 years, literally synonymous with his life in Trench Town and being a Wailer.” She added, “Much like the first wife in a polygamous culture, she is accorded the respect by all her ‘mateys’.”

The couple met in Trench Town as teenagers and Watt, who is a dressmaker by profession, has been through every significant episode of Bunny Wailer’s life. She is an early friend of Rita Marley, widow of Wailer Bob Marley, and as teenagers, they were a duo couple of Bob and Rita and Bunny and Jean. “Especially during his time in prison, he remembers her as his rock of communication. She ran side by side with him on the beach of Bull Bay, where again Bob and Rita were part of that time in the community,” Stowe said.

Sis Jean, as Watt is known, made a lot of outfits for The Wailers, especially their trademark vests, and was Jah B’s main designer through his Solomonic years.

“She (her name) was his writing pseudonym when the various publishing mix-ups, particularly with Danny Simms, erupted, and Sis Jean has been his solid pillar, even as he has entered multiple relationships throughout that has provided him his 13 children, assisting with growing them,” Stowe explained.

“I am rallying the nation in this critical COVID-19 time for elders to help in any and every way to find her in prayer and in life,” Stowe appealed.