The Commission will also examine the income earned by properties “whose income is not currently subject to taxation”.

Premier and Finance Minister David Burt, in his Budget Statement on Friday, said the 5 percent land tax hike on commercial properties, is expected “to yield an additional $15 million in land taxes”.

“This temporary increase will generate additional revenue while the Tax Reform Commission looks at commercial rents and income earned from commercial properties whose income is not currently subject to taxation.

“Properties in the Economic Empowerment Zone will be exempt from this temporary increase,” he added.

The professional services tax was also scrapped. But “the existing corporate service tax will remain in place”.

Other taxes and fees include an increase in fees on “cell phones and the Government authorisation fee of 2.5 percent imposed on the telecommunications industry”, which is “projected to yield $3.7 million in additional revenue”.

And fees for “most services provided to residents and businesses will be increased by 5 percent”.

On the flip side, Government has “set the overall budget expenditure, including current account and capital account outlays, debt service and the Sinking Fund contribution, at $1.18 billion”.

“The forecast modest increase in current and capital account spending in the 2018/19 budget is only $2.5 million higher than the amount approved in 2017/18. 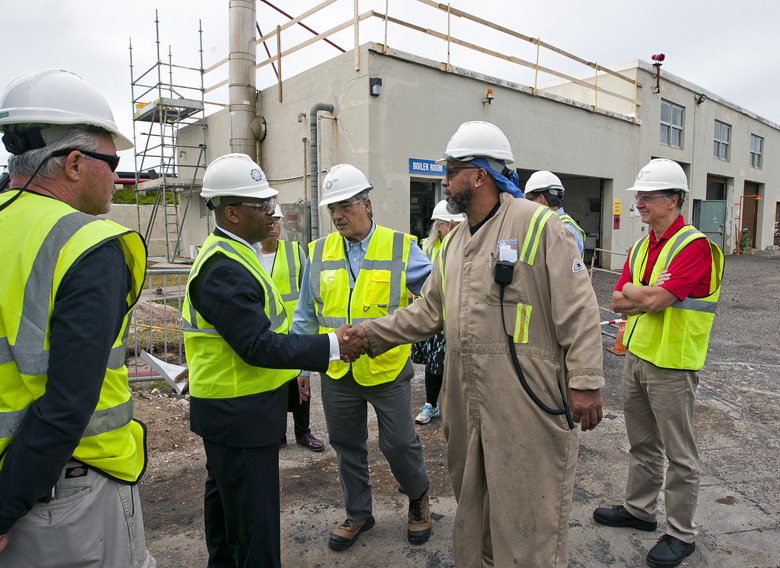 “This was achieved despite the Government’s pay awards to public officers, which cost the Government approximately $9 million,” said Premier Burt.

“This level of spending is necessary in order for the Government to implement its growth strategy while ensuring we have the facilities and equipment necessary to deliver public services.

“While the Government recognises the need to control the growth in public spending until we begin to reduce our debt, we have committed increased funding to Government priorities.”

Speaking at a news conference to announce members of the new Commission last week, he said he was honoured to serve as chairman. 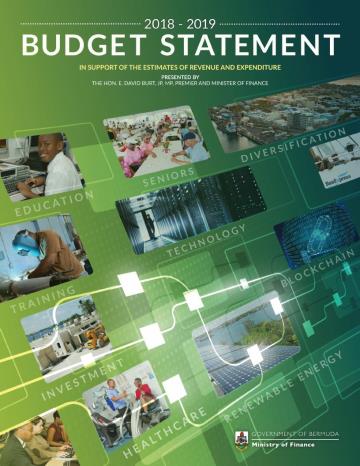 “Given the numerous risks, uncertainties and challenges facing our economy, we have a lot of work to accomplish.

“However, I am confident we will be able to provide the Premier and the Government recommendations for comprehensive tax reform that is equitable, efficient, effective, transparent and fair, while enhancing Bermuda’s global competitiveness.”

Premier Burt, who is scheduled to hold a post-Budget news conference at the Cabinet Office later today, said: “These commissioners have a mammoth task ahead of them, but I am confident that they are up to the challenge.

“As promised, this commission has representation from both political parties and a cross-section of expertise in Bermuda’s economy.”

He also noted the new Chairman’s professional background “gives him a unique insight into government and public finance”.

He will be joined on the Commission by:

In closing, the Premier said: “This government has demonstrated its willingness to engage in a collaborative process, to ensure that collectively we can make progress on issues that have for decades divided us.

“I trust that this commission will be fair in their work and I look forward to receiving their report in six months.”