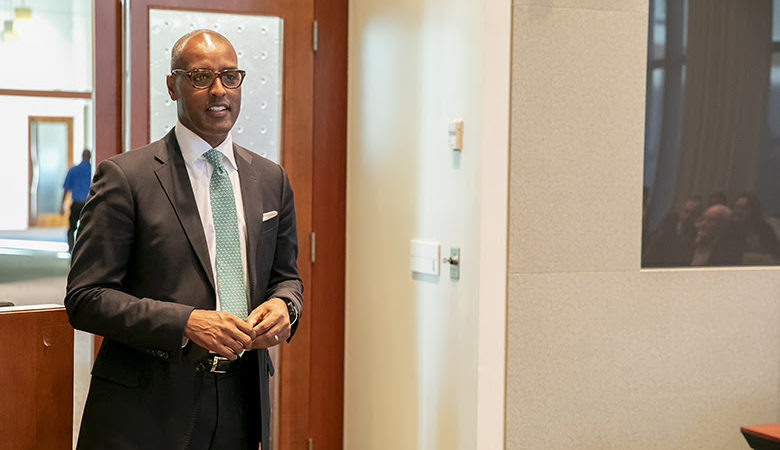 How much of a chunk does online shopping contribute to  the Island’s declining retail sales? Soon you will be able to tell on a monthly basis.
According to Finance Minister Curtis DIckinson, the Department of Statistics “will begin to include this information as part of their monthly report on retail sales, as currently only goods that come through the airport with returning residents are reported”.
Total retail sales fell by 2.1 percent in 2018 “or $24.7 million to settle at $1.15 billion”.
“Despite this decrease, jobs in the sector rose by 34 positions or 1.0 percent,” said the Minister.
But he said: “It should be noted that the value of goods included in the Retail Sales Index does not include the significant amount of goods purchased online by residents that are shipped to Bermuda.”
He also noted that “in part,  retail sales can be traced back to the fact that over the last year many families that have mortgages have seen their monthly payments increased, and so they are forced to spend more paying the bank than eating out or shopping”.
“Imports decreased by 5.9 percent over the first three quarters of the year to register at $798.8 million,
“This decrease was due mainly to the return to more normal levels following the large increases related to the America’s Cup,” said the Minister.
“The largest decreases were seen in the importation of transport equipment and finished equipment, which saw declines of 34.4 percent and 19.7 percent respectively.”
The Minister also noted that “the estimated value of construction work put in place increased from $133.9 million in 2017 to $156.8 million over the first three quarters of 2018”, representing an increase of 17.1 percent.
“The majority of the increase can be attributed to an increase in the levels of work performed on roads, bridges and the airport project.
“Despite these positive signs, our economy remains in a fragile state. For instance, the value of retail sales has declined in eight out of the last twelve months. Some of this decrease can be attributed to the expected difference due to the one-off stimulus of 2017’s America’s Cup.
“However, we must also recognise that retail sales will continue to be impacted by increased online shopping as more overseas firms reduce or eliminate the cost of shipping goods to Bermuda.”
Just how much of an impact online shopping has and will continue to have on Bermuda’s retail sector will be known on a monthly basis moving forward via the Department of Statistics. 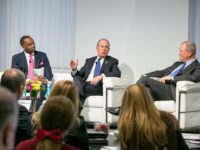