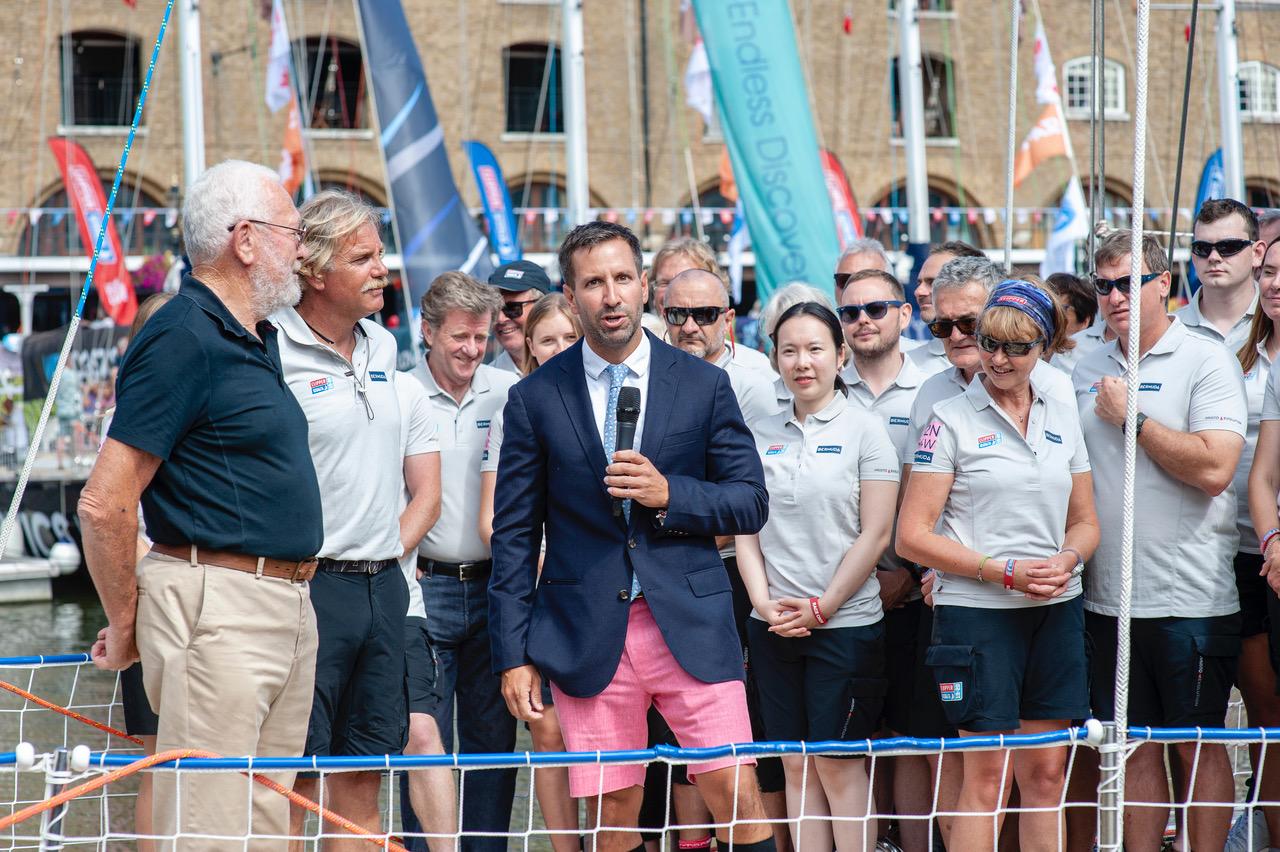 The yacht, GoToBermuda, joins 11 other Clipper 70 ocean-racing vessels in the 2019–20 edition of the 40,000-nautical-mile race that starts from London this Sunday, September 1. For the first time, Bermuda will be a Host Port and Team Partner for what is considered the world’s toughest sailing race.

“We’ve brought the Bermuda weather with us today as an added extra,” Dallas noted under sunny skies at the Central London marina as he carried out the ceremonial spraying of champagne over GoToBermuda’s bow. He was joined by Clipper Race Founder and Chairman Sir Robin Knox-Johnston, alongside Skipper David Immelman and team crew.

“This is a really exciting partnership and we are proud to be a part of the Clipper Race for the first time,” Dallas said. “Sailing is part of our DNA. In Bermuda, we live life differently. Set apart not only by our location, but also the way of life, sailing has always been a part of who we are, so we’re really excited to invite romantics, explorers and adventure-seekers like our Clipper Race Crew to Bermuda next June.” 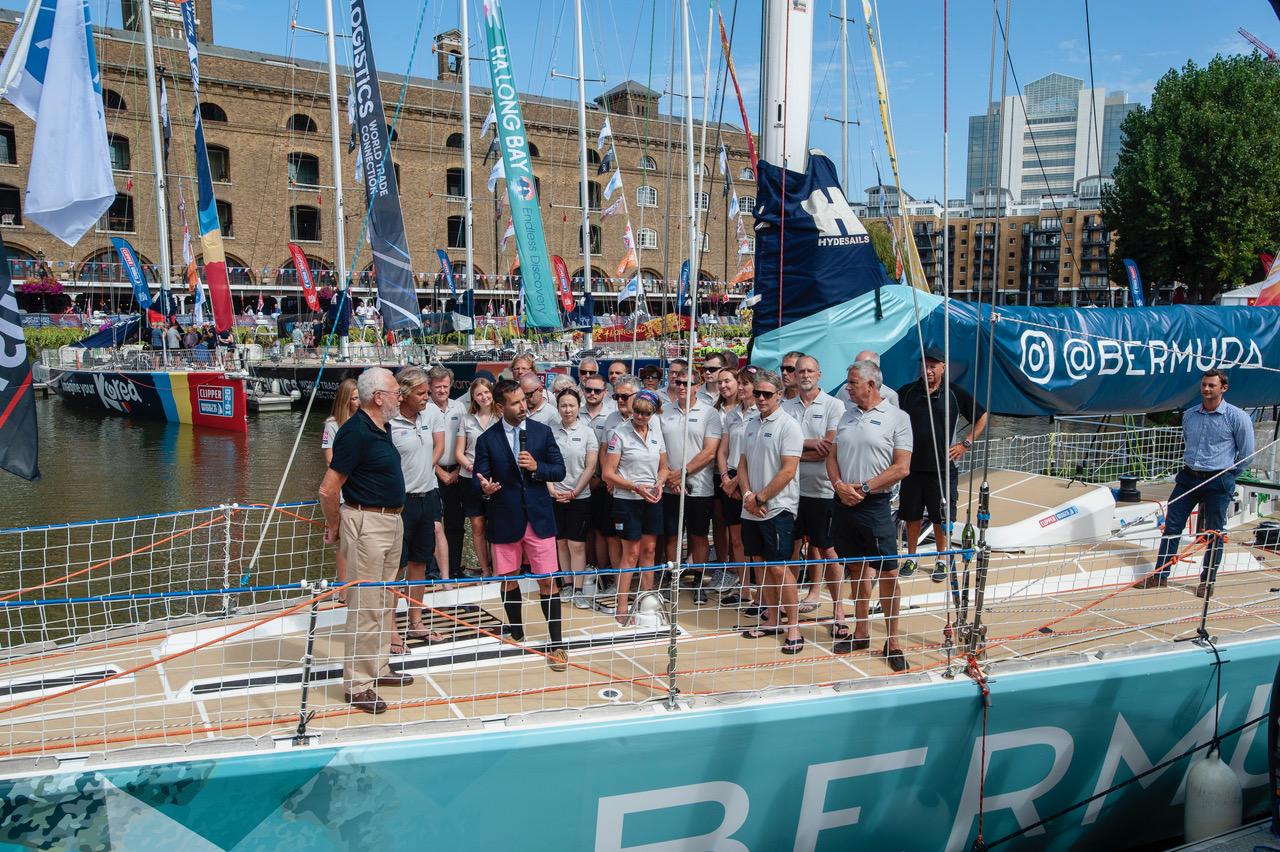 The christening ceremony, a maritime tradition to bring good luck and fair weather to sailors, took place before a crowd of travel writers, editors and bloggers. As they showed media around what will be their home for most of the next year, the boat’s crew proudly sported their new team kit, with Bermuda’s coordinates on the sleeve.

The City of Hamilton will be one of 15 host ports for the race fleet—on the epic journey’s final Leg 8 from New York to Londonderry, Northern Ireland July 2020. Other ports include Panama; Portimao, Portugal; Cape Town, South Africa; Fremantle Australia and Qingdao, China.

Clipper Race teams are made up of a professional Skipper and Mate, and crew from all over the globe. Through the partnership, the BTA will offer the opportunity of a lifetime for a Bermudian to compete in the final leg as part of the GoToBermuda crew. Application and criteria details will be forthcoming.

The Clipper Race is the only event of its kind for non-professional sailors, training everyday people to make six ocean crossings, covering six continents. It was founded in 1996 by Sir Robin, who in April celebrated 50 years since he became the first person to sail solo and non-stop around the world.

Watch our video about Bermuda’s entry in the Clipper Round the World Race here: https://youtu.be/Q96FduTxdEI