“We are excited to be able to announce these World Championships, which will help put a spotlight on our destination, highlight our sports capabilities, and significantly contribute to the Bermuda economy,” said Hazel Clark, BTA Director of Sports Business Development.

The announcement follows a decision by the sport’s global governing body, World Triathlon, to split its traditional Grand Final programme for 2021, with Bermuda hosting the first Sprint & Relay World Championships—the mixed relay format having been added to next year’s Olympic Games programme. Edmonton, Canada and Milan, Italy will host other aspects of the revised format next year.

“As World Triathlon, the sport’s global governing body, innovates the competition schedule, our team has secured the parts of the event best-suited for the island logistically,” said BTA Interim CEO Glenn Jones. “Splitting the event with other destinations has made the World Championships right-sized for Bermuda.

“Additionally, the new Supersprint racing means shorter distances for elites in a more spectator-friendly setting, delivering the exciting atmosphere we have all come to appreciate in and around the City of Hamilton. And non-elite racers who fell in love with Bermuda in 2018 and 2019 can be invited back—in what could be their first travel race since the onset of the pandemic.”

Highlights of the 2021 Bermuda programme will include a post-Olympic race by hometown hero Flora Duffy, who won the 2018 series event in Bermuda; likely participation by Bermudian juniors Tyler Smith and Erica Hawley; an Open Race for athletes with no qualifier needed; and an exciting push for the podium by a Bermuda national mixed relay team. The full programme comprises: 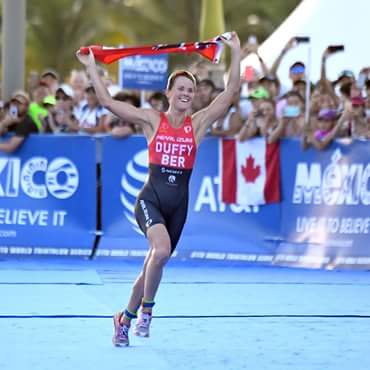 “It has been heartening to witness the resilience of our Bermuda community and the island’s globally recognised management of the pandemic to date,” noted Clark. “We are so proud to have the opportunity to facilitate sports events that help drive our island’s economic recovery. The recent PGA TOUR Bermuda Championship, the Bermuda Gold Cup, and the inaugural World Tens Series rugby tournament have played out responsibly thanks to our stellar health-and-safety record, and this is another great example—attracting age-group and elite competitors to our community for a world-class experience on and off of the course.”

In addition to support provided by the Bermuda Government to host the 2021 Championships, Bermuda’s private sector is coming forward to get involved and companies are confirming as sponsors. Further sponsorship opportunities are available.

Notably, the World Triathlon-BTA partnership will offer significant media coverage, including live broadcast distribution during the racing, a customised highlights show, international news distribution, internet TV, and global print-media coverage. The 2021 Championships are expected to attract competitors, support teams, officials, family and friends from both Bermuda and around the world.

“We will use these World Championships to drive key legacy initiatives—including youth development and triathlon programmes, community service via volunteering, and education events,” said Clark. “Additionally, we plan to model sustainability standards in sports events, leveraging the experience gained through this event to develop an annual signature triathlon event in Bermuda.”

Bermuda hosted the 2018 and 2019 World Triathlon Series races under a three-year partnership secured by the BTA. The 2020 series race was cancelled this spring due to the COVID-19 pandemic, with competitors allowed to defer their registrations to the 2021 event. 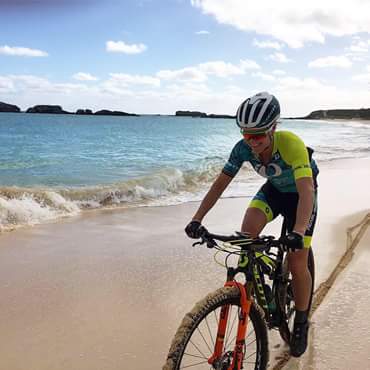 “I’m thrilled to hear Bermuda will be hosting the Sprint & Relay World Championships next year—that’s amazing news,” said Duffy, who competes in the 2020 Valencia ITU Triathlon World Cup in Spain this Saturday, November 7, and sent a message of congratulations on the new event to the BTA press conference. “I love racing at home and it’s such a privilege and an honour when I get to do so, especially in a World Championships event. What’s even more amazing is that Tyler Smith and Erica Hawley will probably be racing, too—pretty cool!”

Both the 2018 and 2019 MS Amlin World Triathlon Series (WTS) one-day events generated overall economic impacts of $4.4 million and $4.7 million, respectively, for Bermuda’s economy, according to impact analyses conducted by PwC. Local participation in children’s and national triathlons also proved legacy benefits from the events. The BTA is the parent of WTSBDA, which is charged with hosting World Triathlon events in cooperation with the World Triathlon and Bermuda Triathlon Association.

“The World Triathlon events of 2018 and ’19 have given the sport of triathlon in Bermuda a tremendous boost,” said Sharon Hammond, President, Bermuda Triathlon Association. “Awareness of triathlon is now higher than ever before, and our junior numbers have increased rapidly over the last three years. This year’s summer camp was the largest and most successful we have ever hosted. And children are coming to us from all parts of our community. The 2021 programme continues that momentum. There will be something for everyone to get involved in, and we know those watching around the world will see Bermuda at its very best.”