The week-long series of events held in recognition of the 2019 Police Week culminated with a Memorial Service held on Sunday, at the Police Cemetery in Devonshire.

The Bermuda Police Service (BPS) hosted an Open House at the Hamilton Police Station, the annual awards banquet on Friday night, followed by the Gymkhana held at the Police Field in Prospect on Saturday.

But the highlight of the week was the annual Senior’s Tea, held on Thursday at the Hamilton Princess & Beach Club, where hundreds of seniors gathered, for what has apparently grown into a very big affair.

Linda Bogle Mienzer has been the lead MC for this event for over 15 years, when it started out at the Police Recreation Club for only 50 seniors.

“Since then we have outgrown Devonshire Rec, Heritage Worship Centre, Pier 6 and now Hamilton Princess. If we keep growing we will have to move soon,” she said.

“This is our biggest to date, with some 520 seniors. This is without a doubt our biggest community participated event hands down,” she added.

He noted that he has been in Bermuda for just over a year now and that it had taken him “a bit of time” to get used to the Bermudian dialect.

Stephen Corbishley: The new commissioner nice to see you all been in Bermuda for just over a year, it’s taken me a bit of time to get used it – learning the dialect.

Jokingly, he told the seniors gathered that he recently met a guy who asked him “if he had a side piece yet”.

“I thought he was talking about a gun and said most of my officers have side pieces. When I went back in and talked with my officers, I found out a side piece is a scarlet woman and not a gun,” he said.

As the crowd chuckled, he added: “This is my favourite event of the year.

“We like to do this event to say thank you to you – know that you mean something to the BPS. 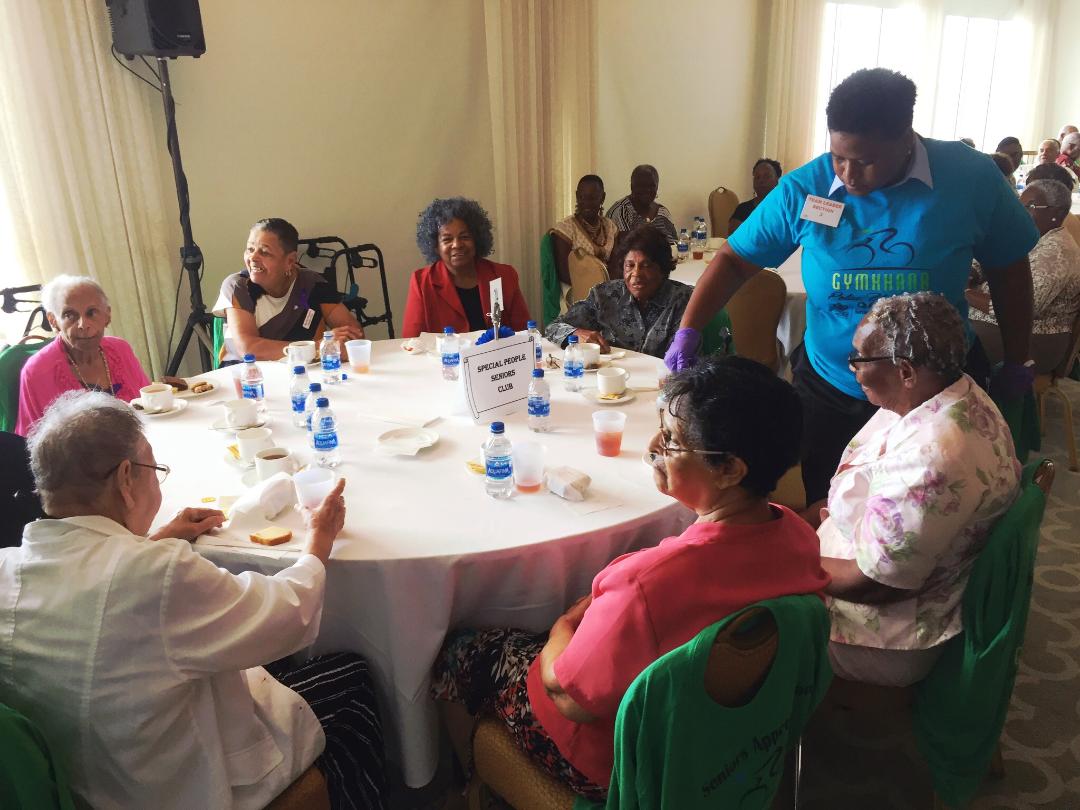 “Ignore everything Linda says and thank Hamilton Princess, have a great lunch, enjoy yourselves and thank you from the bottom of my heart on behalf of the BPS.”

Ms Mienzer asked if anyone there was born on the Commissioner’s birthday, which is April 16 and Mr Corbishley was called on to give three people prizes.

When the Commissioner gave them all a hug and a kiss, she warned: “We have a kissing Commissioner but he don’t know he can’t be kissing people’s people!”

Her vibrant sense of humour was prevalent throughout the event, which included entertainment, a poem by Ms Joyce Dice, and greetings by Valerie Leader Furbert, who recently celebrated her 65th birthday.

At one point, seniors were dancing as they sang along with the popular gospel hit ‘Rough Side of the Mountain’. It was a tea party full of laughs, especially when the MC told them that their handbags would be searched “before they leave”.

“Last year the hotel gave out 500 spoons and they only got about 300 back,” said Ms Mienzer. “I’m letting you all know that we’re searching your handbags before you leave”, she added.

For the seniors gathered it was just one of many big laughs, in what was clearly a major outing that continues to grow tremendously.

The modern version of Police Week has been in existence since 2007 and the BPS has hosted a Senior’s Tea from 2011 to date. 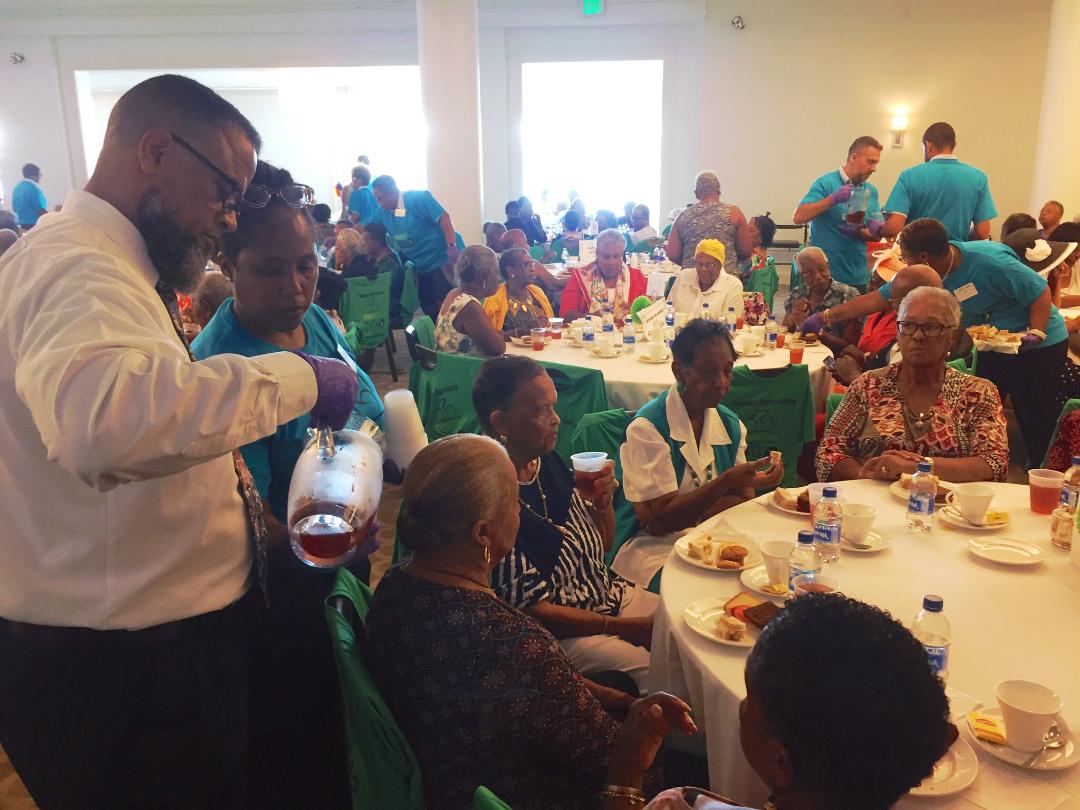 Friends of Hospice Contribute $5mi to Agape House Over 25 years