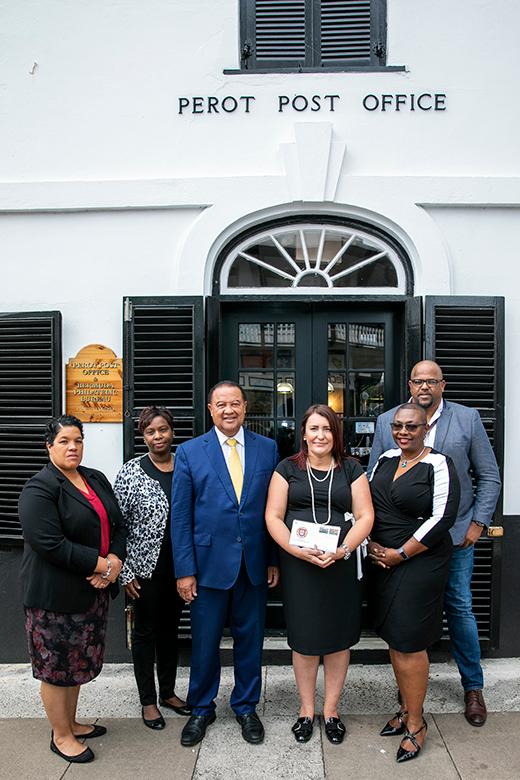 News Release: Hamilton, Bermuda – Minister for the Cabinet Office, Wayne Furbert announced today that the Bermuda Post Office (BPO) will issue a new commemorative stamp in celebration of the 170th Anniversary of the Arrival of Portuguese Immigrants to Bermuda.

The public will be aware that on Monday November 4th, the occasion will be marked with a national holiday. The stamp series is modeled after the portrait of the ship the Golden Rule, which delivered the first Portuguese immigrants to Bermuda in 1849. Today, Minister Furbert made an official presentation of the commemorative stamp to Mrs. Andrea Moniz DeSouza, the Honorary Consul of Portugal.

Minister Furbert said today, “We are delighted to recognize our Portuguese community and their nearly two centuries of contributions to our Island. We wanted to honour the occasion, so our Stamp Advisory Committee produced a commemorative stamp to celebrate the 170th Anniversary of the Arrival of Portuguese Immigrants to Bermuda. We’ll be officially releasing the stamp on Friday 1st November.

“History shares that the first ship of immigrants from the Azores arrived in Bermuda on November 4th, 1849 with 58 individuals consisting of 35 men, 16 women and 7 children. 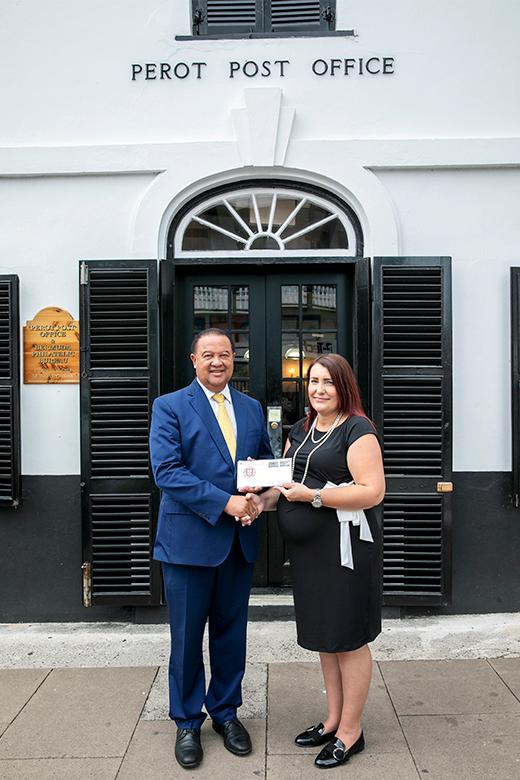 The historic and considerable contribution of this first group of Portuguese immigrants from Madeira aboard the Golden Rule was significant in the creation of a sustainable and successful agricultural economy in Bermuda.

“Today, our Island derives great benefit economically, socially and politically from the contributions of Bermudians of Portuguese descent whose ancestors arrived on the Island not only from Madeira but also from mainland Portugal and the Portuguese islands of the Azores and Cape Verde. This Government and the BPO is pleased and honoured to celebrate this historical milestone.”

The BPO notes that the 20 x 30 Oil on Canvas entitled Golden Rule off the East End, November 1849 was painted by renowned marine artist, Stephen J. Card, AFNI, and forms part of the art collection of the National Museum of Bermuda.

The commemorative stamp process according to the BPO begins with a suggestion, theme or anniversary being made to the Stamp Advisory Committee. The artwork is then decided and creative work for stamps are completed by designers. Approvals for the stamp series follows Ministerial, Government House and Buckingham Palace approval.

Once final production and printing of the stamps are complete, the Philatelic Bureau than prepares the stamps for first day release.

Members of the public looking to purchase this commemorative stamp series of the 170th Anniversary of the Arrival of Portuguese Immigrants to Bermuda can do so starting tomorrow by visiting the Philatelic Bureau, located at the Perot Post Office in Hamilton or any of the island’s other post offices. 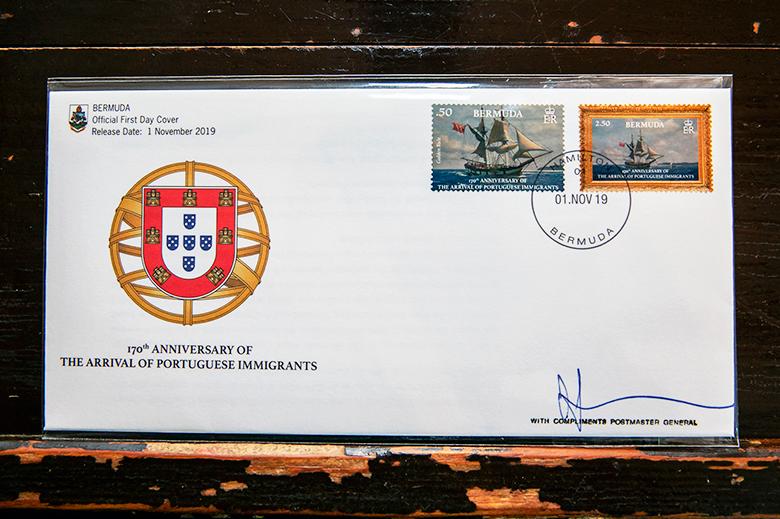 Inaugural Bermuda Championship Looking For Over 100 Volunteers For Tournament