Guest speaker for this year’s event will be Sister Shirley Pryce, a former domestic worker from Jamaica, who is the President and Founder of the Jamaica Household Workers’ Union.

As one of two Caribbean representatives who participated in the International Labour Conference (ILO) “to develop and adopt the landmark Domestic Workers Convention in 2011, she now Chairs the Caribbean Domestic Workers’ Network”. 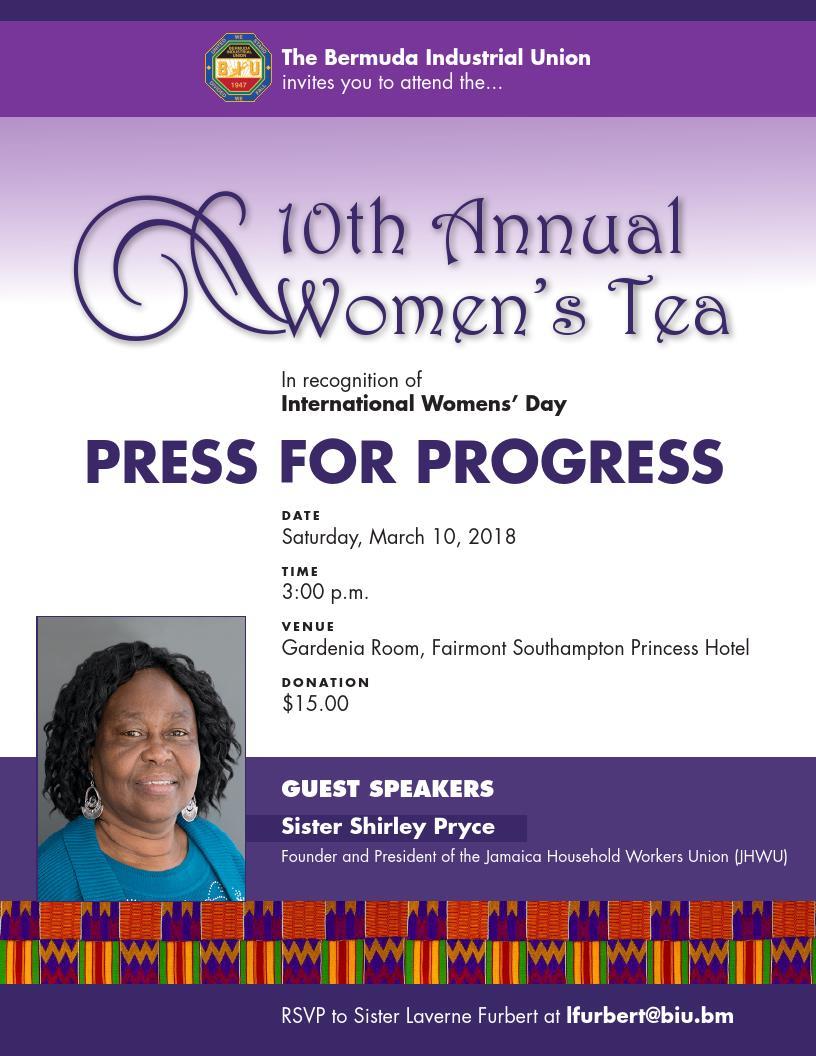 The ILO  Convention 189, which has been adopted by Jamaica, lays out international human rights standards towards improving the working conditions of an estimated 67.1 million domestic workers worldwide.

A spokeswoman noted: “Recently Sister Pryce spoke with UN  Women as ‘Voices on Gender Equality from CSW: Civil Society Meets the Press’ event, on March 16, as part of the 61st session of the Commission on the Status of Women.

“Her work contributes towards Sustainable Development Goal 8, which calls for productive employment and decent work for all, and protects labour rights for all workers.”

The BIU’s first International Women’s Day Tea was held in 2008.

Last year, the BIU invited two students, Tae-Eja Bean and Latifa Smith to speak at the annual event. However, Sister Latifa was involved in an accident and Sister Raykaya Simmons filled in for her.

The event is usually held at BIU Headquarter, however, this year the International Women’s Day Tea will be held in the Gardenia Room at the Fairmont Southampton Princess Resort.

For tickets are available at BIU Headquarters from Sister LaVerne Furbert or Sister Ronnie Burgess, or by calling 292-0044.

$3,500 in Prizes Up For Grabs in 2019 Bermuda Sandcastle Competition