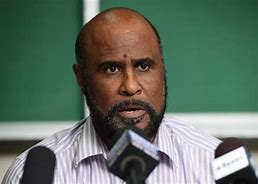 Now that the Parliamentary Joint Select Committee on the ‘Living Wage’ has submitted a report on the establishment of a living wage for Bermuda, the head of the Bermuda Industrial Union has called on Bermudians to get the facts.

BIU President Chris Furbert sat down with the Bermuda News Syndicate on Wednesday, August , to discuss the unparalleled growth of income inequality in Bermuda, the impact of the over two-decade long reliance on low cost foreign labour, various employment practices in the workplace and the impact that all of this is having on local households, particularly Black family households.

The bi-partisan Joint Select Committee on the ‘Living Wage’ is comprised of Members of the House of Assembly and the Senate.

The Committee will convey their findings and recommendations as it relates to the establishment of a living wage for Bermuda by way of a final report to Parliament.

But when we look at Bermuda’s track record on what constitutes an uneven playing field, unequal pay based on racial lines, the cost of living and how it relates to those big ticket items in the ‘Basket of Goods’ like healthcare, housing and education, the union leader said there’s a lot to be considered on how we got here.