Bermuda Industrial Union (BIU) President Chris Furbert sounded a clear warning to Menzies Aviation, a multinational company “perceived as union busters” will be in for a rough road ahead if busting the BIU is on their agenda.

The work stoppage prompted Menzies Aviation to seek an interim injunction granted by the Supreme Court which “restrains the employees and the BIU” from “participating in” or “influencing” anyone to take part in a “strike or irregular industrial action short of a strike”.

Mr Furbert said the key issue centres around negotiations for a new wage agreement. “When people have had enough, they’ve had enough,” he said.

He noted that the workers took a ten percent pay cut in 2013 “with the understanding they would get it back”. “To date, they have not gotten it back,” said Mr Furbert.

“They’re doing the exact same work as they were doing in 2008,” said Mr Furbert. “How can someone have a decent quality of life knowing full well that their wages have gone down, while everything else has gone up? That’s unsustainable!”

He also told reporters that Menzies Aviation was getting “bad advice” from Keith Jensen of the Bermuda Employers Council.

Although Menzies Aviation had raised hourly wages from 2014-15 rates under the ground handling contract held by Renaissance Bermuda, he said “efforts to improve it” are not moving “fast enough”.

As far as he’s concerned the bottom line is: “The more you put people in poverty, the worse things are going to get.” 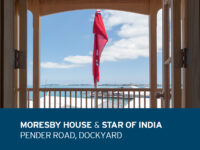 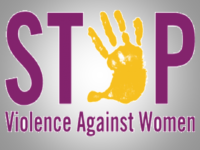 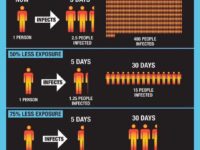 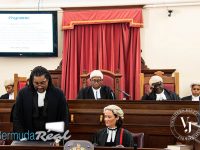