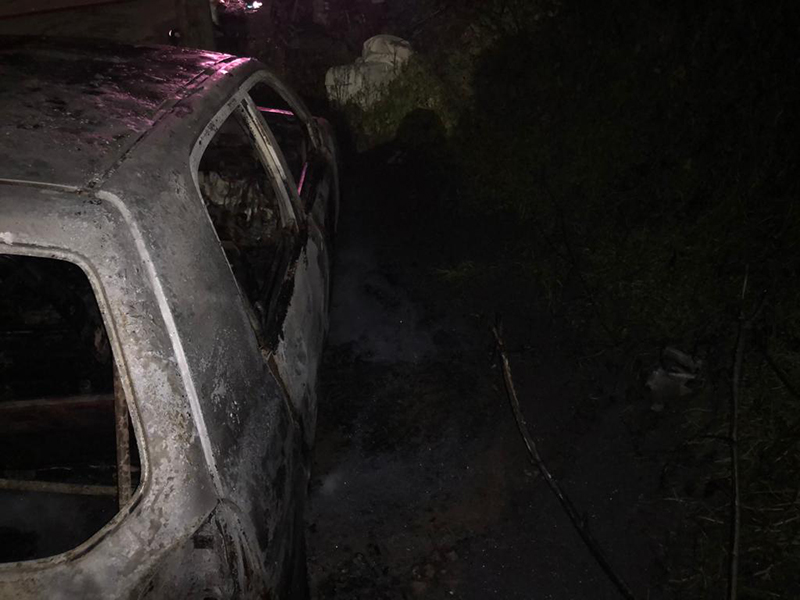 Bermuda Fire and Rescue (BFRS) and police are investigating another early morning fire that completely destroyed two cars in the early hours this morning – this time on Ord Road in Paget, just off Southcote Road.

A spokesman for the BFRS said two trucks from the Hamilton and Port Royal station were dispatched to the scene just before 1am.

“Crews saw thick black smoke as soon as they turned onto Ord Road, off Southcote Road,” he said.

“On arrival at the fire, crews saw two cars fully engulfed in flames.”

Both vehicles were damaged extensively by the time two firefighters wearing breathing equipment extinguished the blaze.

This is the latest in a string of incidents suspected to be cases of arson in recent month.

A special task force was set up in March to investigate the incidents which involved cars, bikes, buildings and playground equipment.

Police inquiries led to two arrests but no charges have been laid.

A police spokesman said: “No link has so far been established between that incident and the recent spate of fires in Pembroke Parish.”

Anyone with information on any of these incidents is asked to call 211 or the main police number on 295-0011.