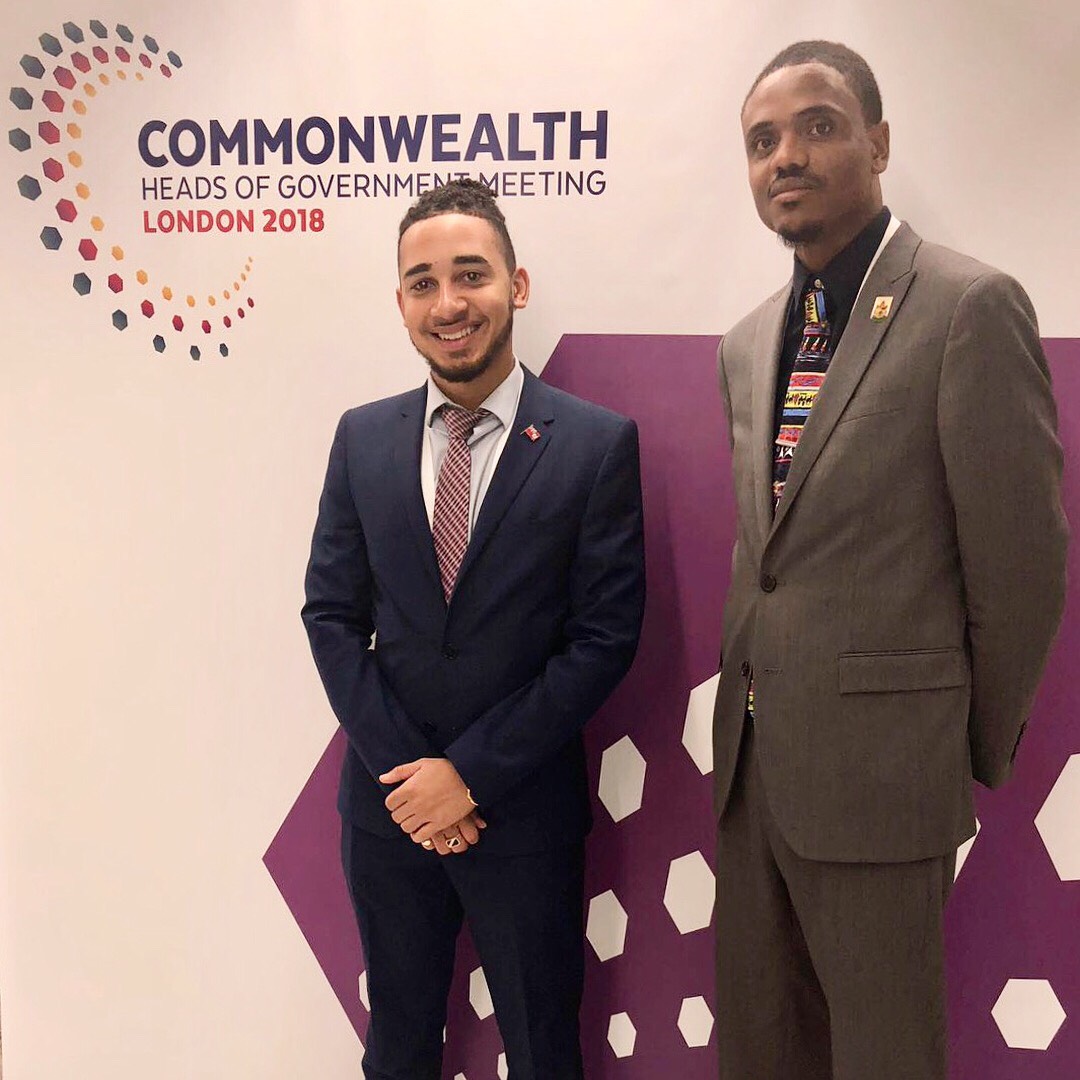 As Bermuda’s representatives, Mr Robinson Perinchief and Mr Lister put forward a motion to amend the Commonwealth Youth Council (CYC) Constitution, to grant voting rights to all Overseas Territories. With Anguilla and Gibraltar also present, it was decided that Bermuda would spearhead it.

The following motion was put forward and passed by a vote for 67% (Yes) to 33% (No); “Motion to recommend to the CYC to amend the constitution to allow overseas territories full membership and rights equal to the other countries effective from the next general assembly.”

Since the establishment of the CYC in 2013, it has involved the biannual elections of the CYC electives by the youth delegation. The theme for this year’s Forum Powering Our Common Future is the youth response to the Commonwealth Heads of Government Meeting theme Towards a Common Future, reaffirming the powerful potential of young people across the Commonwealth in devising solutions for a more prosperous, secure, sustainable and fairer future.

Mr Lister said: “The CYF brought together a diverse group of young people from around the Commonwealth and provide an opportunity to build cross-cultural connections and discuss the challenges facing young people and ensure we have a voice in our future. During the conference we were selected at attend a joint session between the Youth and Business Forums to discuss the need for youth empowerment and increasing opportunities for social entrepreneurship.”

Mr Robinson Perinchief added: “It was heartwarming to be able to foster relationships with some of the youth leaders from other island nations, from as far away as Papua New Guinea to our Caribbean cousins in places like Anguilla and St. Vincent and the Grenadines.

“Additionally, we were grateful to receive majority support for our recommendation to give overseas territories voting rights in the youth council and we hope it will pass the next stage at the next general assembly so that we can have a full seat at the table. It is also noteworthy that this was the second ever CYC General Assembly, and Bermuda’s first time in attendance.

“Overall it was a great experience and we look forward to collaborating with other countries on common interests to effect positive change in the future.”

Next Steps In Education Reform