Bermudian Performing In Up With People Show

Bermuda’s own Zachary Kawaley Lathan will grace the stage in his homeland as an international cast member of Up With People later this month.

He is one of more than 75 Bermudians who have participated in delivering a message of hope, peace and understanding across nations through Up with People (UWP) performances. Only this time he’s a part of a part of UWPs 50th year anniversary world tour.

Zachary, who is the son of Kathy Kawaley and Rich Lathan hails from a family of performers, including his dad’s grandparents who were singers, his mother, brother Adrian and sisters Katrina and Mikaela Kawaley Lathan, who are all actors and singers.

Speaking from Mexico City last night, Zachary told Bermuda Real that he is truly honoured to be a part of the anniversary tour.

“I feel honored and excited to bring UWP to Bermuda, I think it is one thing to know of Up With People, but to experience it is something that I feel enough words could not express,” he said.

“I am of course a little bit nervous to perform in front of people who I know well and to see how Cast A 2016 will adjust to the culture.” But he said: “I think it’s simply a moment in which I can show and prove to all those who believed in me that their support was not a waste.”

On a broader scale he said the upcoming performance will also “show young people as well as older people that just because the news makes it out to be like there are no good things happening around the world, people have not given up hope for a better world and together united want to make the world a better place”.

“When one talks with UWP alumni they often, if not always say that the experience changed their lives. Initially I thought those comments were an exaggeration, but truly the programme has definitely changed my life for the better in many ways.

“I feel I am more open minded and able to see both sides of a story and culture instead of simply making assumptions. That is just one of the many things I learned. I also gained friends that I will treasure all of my life and if ever I am lost anywhere around the world, I feel I truly have become a global citizen.

“UWP makes the impossible possible, in my opinion, to travel the world with a group of young people providing a positive impact and even meeting people like Pope Francis and the last man to walk on the moon Eugine Cernan,” he said.

“Just imagining not knowing the people I now know as family and thinking about how blessed I am to have been given such a huge opportunity is mind blowing.”

His father, Rich Lathan said Zachary “has really enjoyed the service aspect of the programme, especially the school visits and working with young people”. 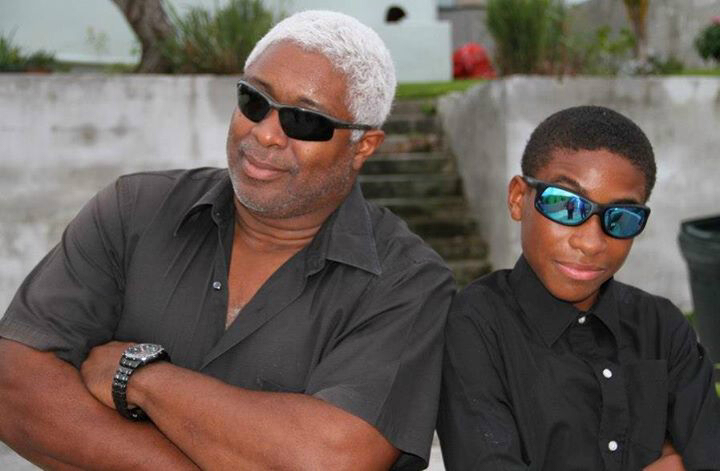 The former Saltus Student has been accepted to Acadia, in Canada, and has. performed locally with BMDS. He also sang for the Miss Big and Beautiful Pageant and was a part of the 2014 Alpha Beautillion.

As a parent he said he was “doubting” Zachary’s return when “Brussels was shut down the weekend UWP were due to perform”.

“The string bond of friendships and a real belief in the UWP programme were key reasons he returned. And he can’t wait to host the cast and to perform in his home island,” said Mr Lathan.

Overall he said: “Zach loves a good laugh, a good story, and a good sleep.”

Audience members will find something for virtually every musical taste and interest when the multinational cast of Up with People takes the stage at Ruth Seaton James Center for the Performing Arts.

In addition to Bermuda, Cast A 2016s spring tour will include 20 cities in the United States, Europe and Mexico.

The new production entitled “The Journey” features the energy and talent of a cast and staff of 100 representing 20 countries. The live two-hour performance includes both original and popular music and is a dynamic blend of feature soloists, full cast production numbers, fast-moving choreography and colorful costumes.

“The Journey will celebrate the 50th anniversary of Up with People, while acknowledging that UWP’s mission is an ongoing journey, and is as relevant in 2016 as it was in 1965,” said Executive Producer Eric Lentz. “

“The show will feature historical highlights from throughout Up with People’s existence, including pop medleys from the last 5 decades,” he added.

In addition to four Super Bowl halftime shows, casts have recently appeared at the 2007 Macy’s Thanksgiving Day Parade and during the opening celebration of the Pasadena Tournament of Roses’ Rose Parade in 2008, 2011, and 2016 which was estimated to be seen by a television audience of more than 50 million.

The show at Ruth Seaton James Centre for the Performing Arts at CedarBridge Academy will be on Friday, April 28th and Saturday, April 29th at 7pm, and on Sunday April 30th at 2pm & 7pm.

Tickets are $15 for Students/Children, $20 for Adults and $50 Reserved are on now sale online on upwithpeople.org/Bermuda and at Freisenbruch Meyer on Front Street.

Indulge, Treat Yourself in February for Inaugural Spa Month