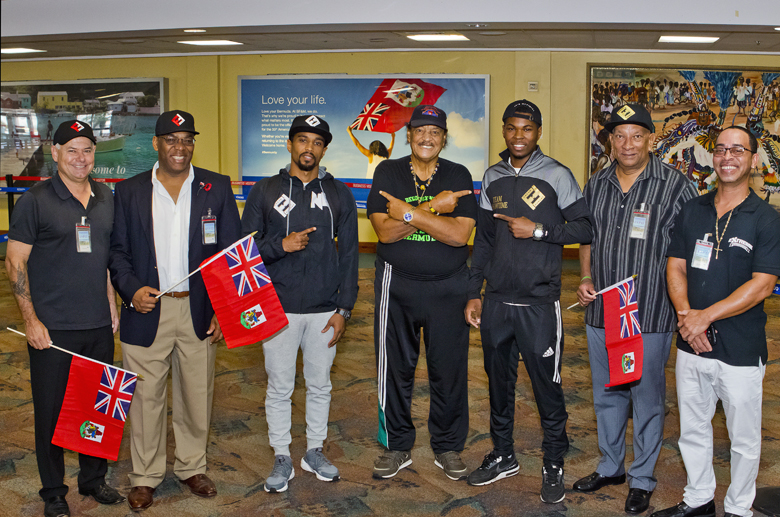 A host of relatives and friends were joined by a number of Government Ministers to greet the two boxers and their veteran trainer Mr Forty Rego.

The trio are just back from a training camp in Orlando, Florida, just ahead of the big fight night, when Bermuda’s champion takes on Fabio Costa of Portugal in the main event at the Fairmont Southampton this weekend.

The main card event on Saturday night is already sold out, but will be streamed live on pay-per-view.

The fight card by Extreme Entertainment will also see a number of Bermudian boxers go up against Portuguese opponents, in what looks set to be an exciting night for local boxing fans.

On hand to greet the boxing trio when they arrived back in Bermuda today on behalf of government were Sports Minister Zane DeSilva, Public Works Minister Colonel David Burch, an avid Bascome supporter, and Transport Minister Walter Roban.

And of course the Gombeys were there to make it a festive return just ahead of the main event on Saturday. 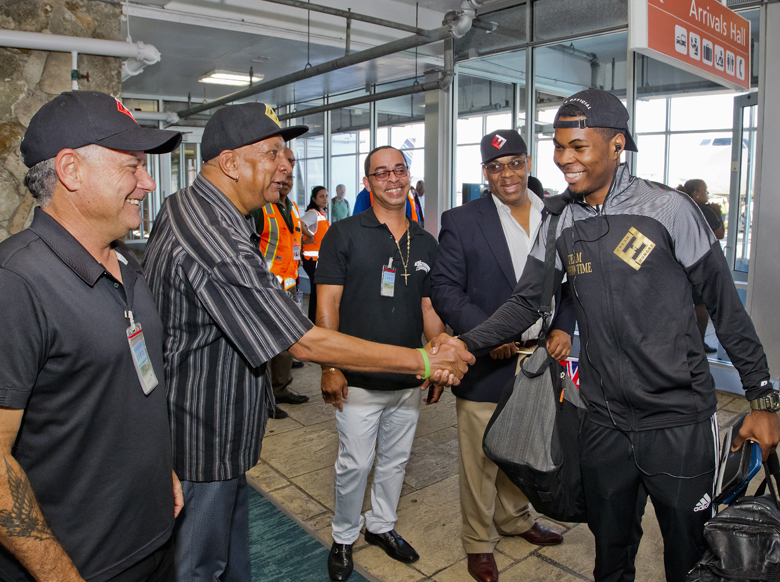 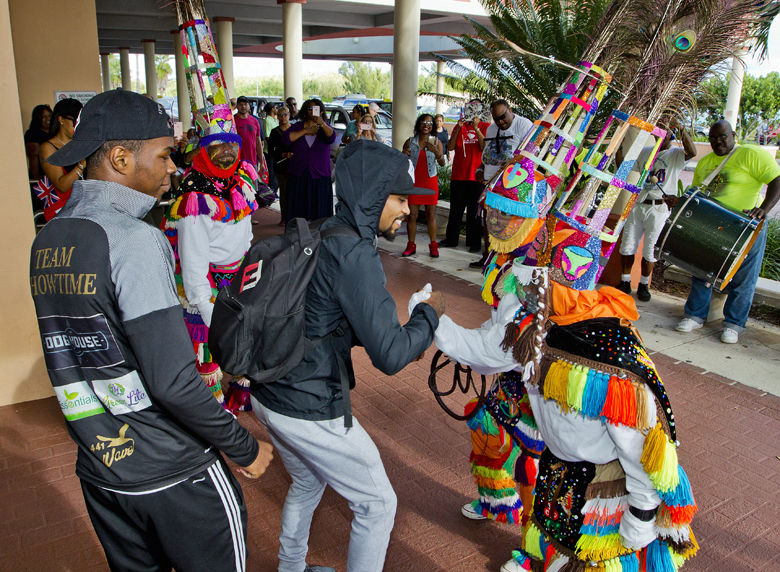 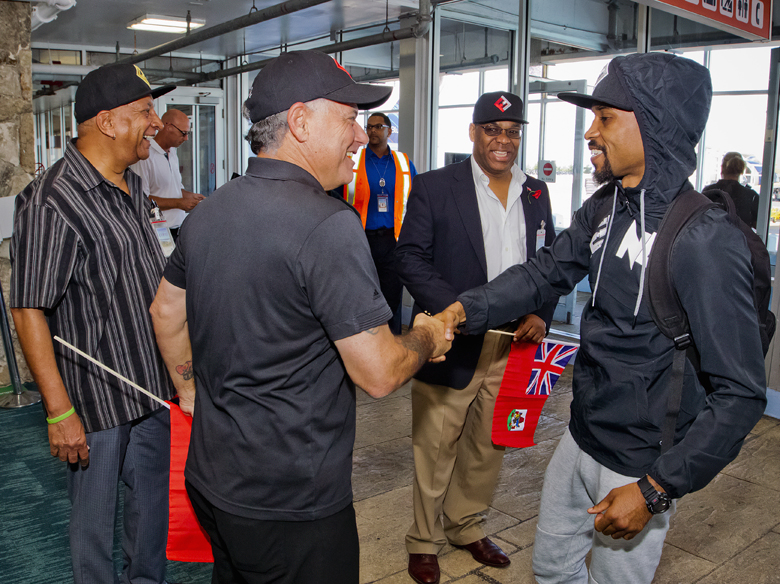