Bermuda’s school students were today encouraged to sign up to participate in the MS Amlin World Triathlon Bermuda Festival Weekend next month.

The open invitation to participate in the Tokio Millenium Re Kids Duathlon, will allow the young athletes to compete on part of the same racecourse that the world’s top triathletes will race on.

Phil Schmidt, Chairman of the Local Organising Committee of World Triathlon Bermuda, said: “The TMR Kids Duathlon is an important part of the weekend of festivities.

“It’s by participating, especially in this environment with world class athletes, that young people become inspired to develop their athletic skills. 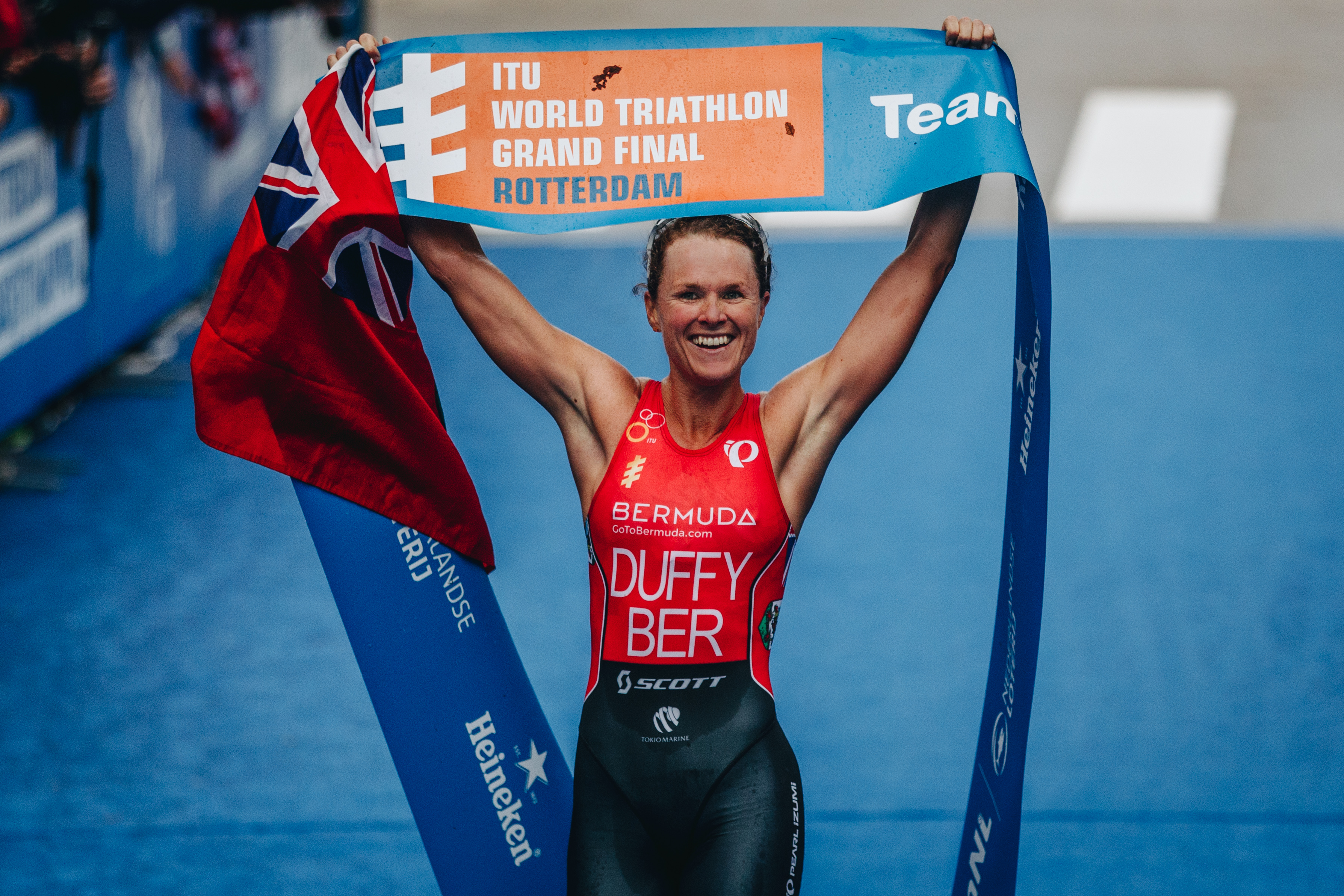 “Flora Duffy, at the age of nine, set her mind to become the World Champion and achieved it.”

A spokeswoman added that the event on April 27 was “a rare opportunity to experience a famous blue carpet finish, with all the action on Front Street, Hamilton.”

The TMR Kids Duathlon is open to all children, including first time participants, aged seven to 15. The event will start at 7pm.

Unlike a triathlon, there is no swimming.

The spokeswoman said: “This also encourages more children to participate, as running and cycling in Bermuda is more popular than swimming.

“Race organisers are taking information to schools to attract new participants to the sport.

“Children will race in age groups, with a shorter distance for seven to ten-year-olds.”

The  ITU-governed World Triathlon Series will be held on April 28 and a weekend of festivities is planned for April 26 to 29.

Bermuda is hosting the event, in the “second stop on the global circuit out of eight cities, before the grand final in Australia”. 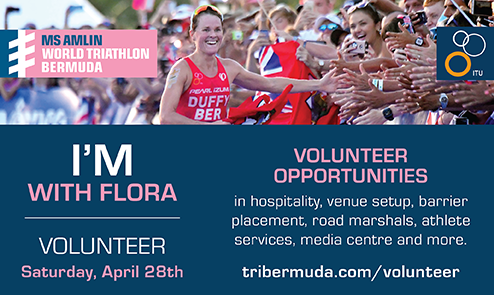 Free training sessions and practice races will be held at the National Sports Centre leading up to the main event. Those sessions will continue throughout the year, after the April event.

“Through this program, TMR is supporting the development of young triathletes in Bermuda and encourage all to attend,” the spokeswoman added.

“Children who don’t have a bike are also encouraged to come along, as loaner bikes will be made available.”

The first session is Sunday, March 18th on a walk-in basis, with no registration required and all are welcome.

Head of Bermuda’s TMR branch, Kathleen Faries, said: “Being involved in this prestigious event, which will showcase some of Bermuda’s best young athletes, is a fantastic opportunity for all of us at TMR to show our continued support of youth sport in Bermuda.

“We are excited to watch Flora shine on her home turf, and we are especially proud to sponsor an event that will encourage and excite young athletes island wide to one day follow in her footsteps.”

For more information about all training sessions, contact Neil De St Croix via email on Neil@northrock.bm.