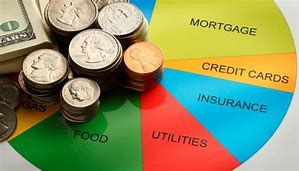 Citing the absence of the economic boost in the lead up to the America’s Cup, retail sales fell for a third consecutive month in May with the volume of sales reported down by 4.4 percent after  adjusting for the retail sales rate of inflation of 2.7 percent.

In dollar and cents, the value of sales translated into $104 million, down 1.9 percent, or just under $2 million, when compared to the same period last year.

Taking the biggest hit was Bermuda’s apparel stores, where the sales volume was down by 10.6 percent.

Government statisticians attributed  the decline to the absence of the America’s Cup  hosted in Bermuda’s Great Sound in 2016.

The sales volume for building and construction supplies was also down by 4.4 percent due to fewer residential projects when compared to the increase in renovations leading up to the America’s Cup.

According to the latest figures in Bermuda’s Retail Sales Index for May, when compared to 2016, the year before the America’s Cup, retail sales during the same month was 1.9 per cent higher.

Fuel sales at gas stations were down by 5.8 percent and 1.5 percent down in dollar and cents. And there were less vehicle sales — the volume falling 3.5 percent.

Sales for liquor stores and food stores declined 5.2 percent and 3.2 per cent respectively, while sales at other store types were down 2.4 percent, with nearly a 10 percent drop in furniture, appliances and electronic sales.

But marine and boat supplies jumped 46.7 percent. Pharmacies recorded a 3 percent increase in sales. Miscellaneous goods were also up by 1.9 percent.

Local residents returning from abroad declared $5.3 million in goods purchased overseas, which was 6 percent higher when compared to figures recorded in May 2017.

Excluding Sundays, the report noted there were 26 shopping days in the latest report published.