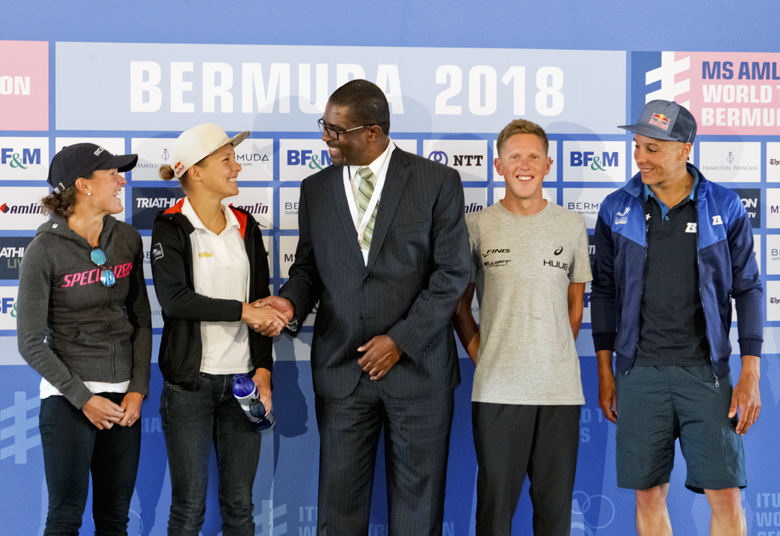 Bermuda’s own World Champion Triathlete and Commonwealth Games Gold medalist Flora Duffy is back to defend her title for the first time on home ground this weekend.

And she called on the island’s residents to make a “wall of noise” at the MS Amlin World Triathlon Bermuda event on Saturday.

Speaking in a video posted online, she said: “I just hope that really creates such a great atmosphere in the race and I think for those of us competing, that’s what you remember and those details go a long way — a wall of noise up Corkscrew Hill would just be perfect.”

“We know that there are many superb triathlon athletes around the world,” said Mr Weeks.

“Here with us today are four of the very best that the sport of triathlon has to offer. I salute them all for training as hard as they do and tuning their bodies to perform at a very high level. They are exciting to watch, and are certainly an inspiration to the next generation of triathlon athletes! 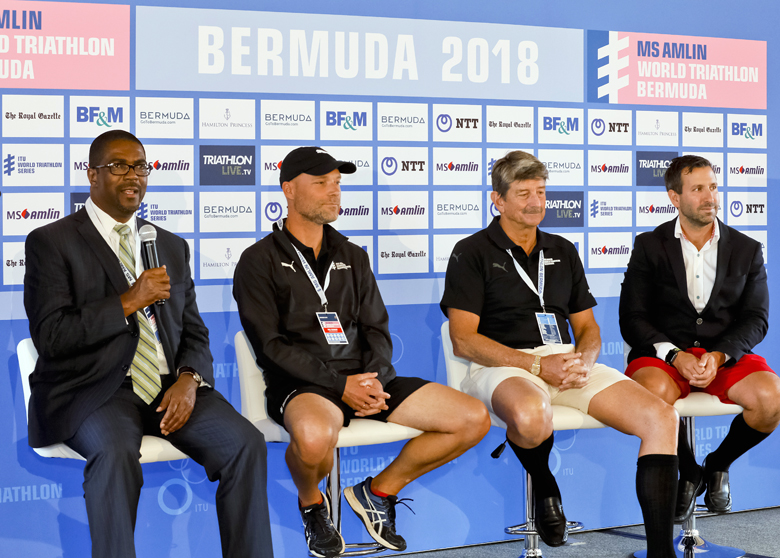 “Now Bermudians will be able to witness firsthand the performance of our own World Triathlon champion Flora Duffy. Words cannot express the feelings of joy and exhilaration that we all feel as we witness history when our elite athlete Flora continues her quest to defend her title, right here in Bermuda. I wish all of the elite athletes a great race. This is your time to shine!”

Fan zones will be set up along the route by community group. Spectators are encouraged to join in or set up their own areas “with noisemakers, tents, chairs, coolers, picnics and refreshments”.

No 1 Car Park on Front Street will be transformed into a blue-carpeted ITU triathlon transition zone, with bike racks, a finish chute, a free public viewing deck with large screen TVs, available on a first come, first served basis.

Front Street will also provide “optimal viewing for the bike and run legs of the morning’s Age Group Amateur and the afternoon’s Elite races”.

A fan zone for Port Royal Primary school, attended by Ms Duffy, will be on the corner of Reid Street and Burnaby Hill.

Pupils, former pupils, parents, teachers and friends have been invited to watch the cyclists from Reid Street from Cavendish Road.

An international fan zone will be set up in front of the Cabinet Grounds with flags of the 33 nations taking part on display. 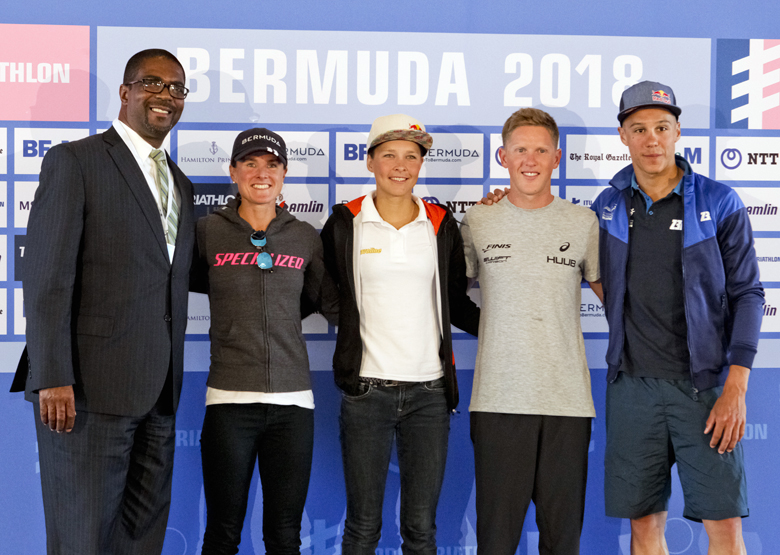 A Warwick Academy fan zone will be set up at the bottom of Crow Lane, where viewers can watch cyclists take Trimingham Hill and the first switchback into Corkscrew Hill.

Free parking will be available at the Botanical Gardens and the Arboretum.

DJ Chubb will be playing music at the top of Corkscrew Hill. Ashley’s Lemonade will have refreshments on sale at Avocado Lodge Park.

“This is a great place to enjoy the day with friends, park for free at the Arboretum and see the best cyclists take on Corkscrew without breaking a sweat,” the spokeswoman added.

The good news is that was not the case for the opening ceremony tonight, featuring Bermuda’s young athletes as flag bearers.

More than 200 young athletes will compete in the Tokio Millenium Re Kids Duathlon on Friday. The elite races take place on Saturday.

Racecourse maps are available at tribermuda.com