Team Bermuda reports a second successful day in New York for Consensus 2018.
The conference, which has attracted more than 8,000 delegates, wraps up later today.
Premier David Burt signed a $10M MOU with blockchain giant Shyft this week to create new jobs as Bermuda continues to attract international attention, with the announcement of the new partnership on Tuesday. 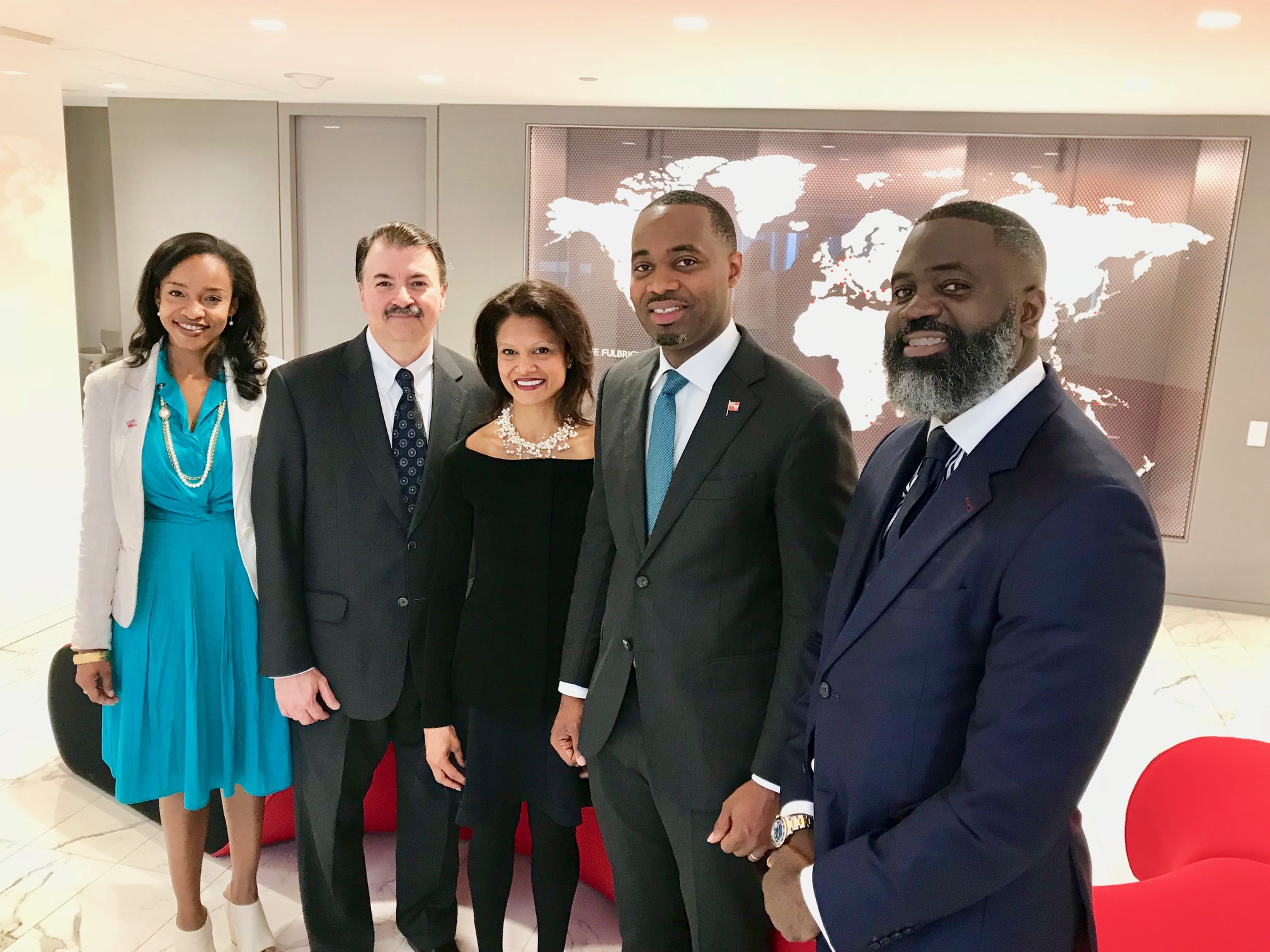 The Premier also addressed more than 100 lawyers at a top global firm, leading the 20-strong Bermuda delegation attending Consensus 2018, one of the world’s largest cryptocurrency conferences held during New York ‘Blockchain Week’.
The MOU signed with Shyft, a global blockchain-based network offers data protection for governments, industry and consumers.
Under the agreement, Shyft will commit $10 million to create new jobs, help re-skill labour, and invest in businesses, education and infrastructure, as well as collaborate on creating a robust legal and regulatory framework.
“The government of Bermuda has decided to lead the way and build interoperability into legislation, in essence, approach regulatory frameworks with exportability in mind,” said Premier Burt.
He also expressed high praise for another joint venture announced between Shyft and Bermuda’s Trunomi, adding both partnerships would bring robust levels of blockchain certainty to the island’s know-your-customer (KYC) and anti-money-laundering (AML) protocols and processes.
The Premier and Team Bermuda, comprising industry members from the Bermuda Monetary Authority, and the Bermuda Business Development Agency (BDA), were also invited to the Manhattan offices of global law firm Norton Rose Fulbright, to talk about Bermuda’s economy and the island’s innovative approach to business.
Lawyers attending represented practice groups across all sectors, as well as others connected via videoconference in Toronto, London, Munich, Frankfurt and the Middle East.
Norton Rose Fulbright is ranked in the top five global law firms in the world, with more than 4,400 lawyers and 7,000 employees. 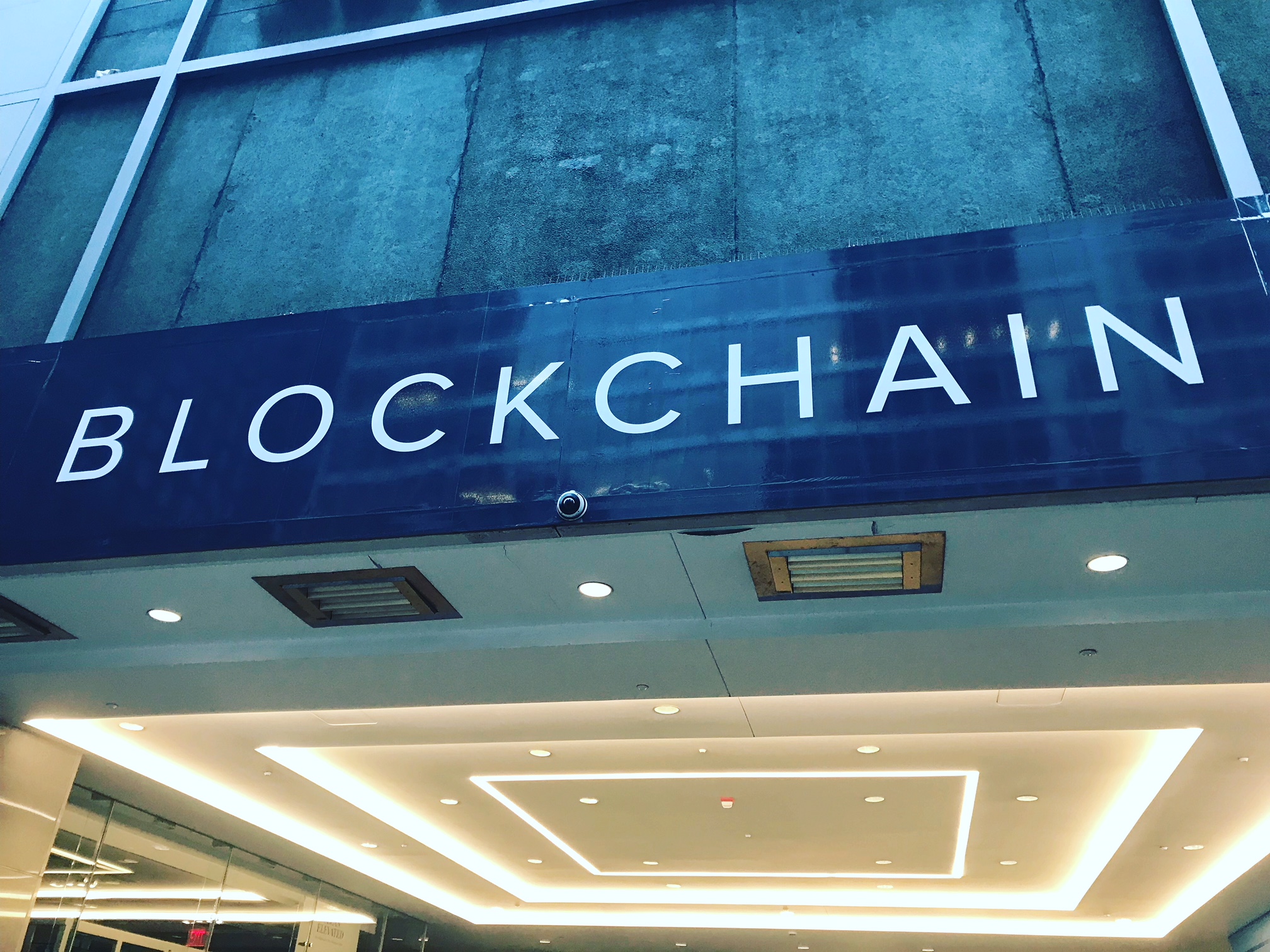 “Norton Rose Fulbright was absolutely delighted to host this event and collaborate with the Bermuda government in its vision to become a global leader in the fintech arena,” said Partner Mina Matin, who previously worked in Bermuda and continues to advise insurance clients on the Bermuda Form.
“We learned first-hand about the island’s new legislative and regulatory framework for digital assets, and we really hope this event will encourage premiere businesses to move to Bermuda through our global network.”
BMA Managing Director/Supervision Craig Swan said:
“We at the BMA have studied the fast-developing blockchain and virtual currencies sphere carefully and we’ve come up with legislation we believe addresses many issues.
“We’re seeing that clarity is an attraction to many who realise they need to be in a well-regulated jurisdiction with credibility to transition to the mainstream. The new legislation serves to provide that.”
Premier Burt also met with major media outlets, describing Bermuda’s pioneering fintech initiatives on Bloomberg Radio, where, for the second time this month, he was a guest on the live national radio programme, “P&L with Pimm Fox & Lisa Abramowicz”.
The Premier was also interviewed by Nasdaq, Coindesk, and the New York Times.
Cryptocurrency giant Ethereum representative Joseph Lubin said: “It’s great to see Bermuda’s presence at this conference, and even greater to see the activity you’ve put into understanding the cryptocurrency space, the blockchain space, and into moving forward aggressively to write legislation and enable companies like us to come to Bermuda and build businesses there.
“This conference is a great gathering point for many with different agendas in this industry space to come together and figure out how to do business together,” he added.
Ethereum is one of numerous industry figures who came for meetings in Bermuda’s networking suite.