Bermuda recorded another road traffic fatality today that resulted in a 64-year-old man being pronounced dead at the scene.

Police Media Manager said the accident occurred around 9am at the junction of Harrington Sound Road and Broken Hill Road in Smith’s parish.

“It appears that a 64-year-old male motorcyclist was traveling down Broken Hill Road when he collided with a trash truck that was traveling on Harrington Sound Road,” he said.

“As a result the 64-year-old man was pronounced dead at the scene by an on call physician.

“The scene has been cordoned off and is being processed by the relevant BPS officers.”

Police are now appealing for witnesses to this fatal collision to contact the Roads Policing Unit on 295-0011.

No further information regarding the deceased will be given until next of kin has been notified.

This marks the seventh road fatality for 2016. 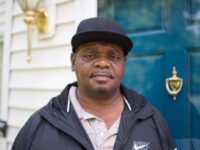 Does A $75M Settlement Make Up For Three Decades In Prison?