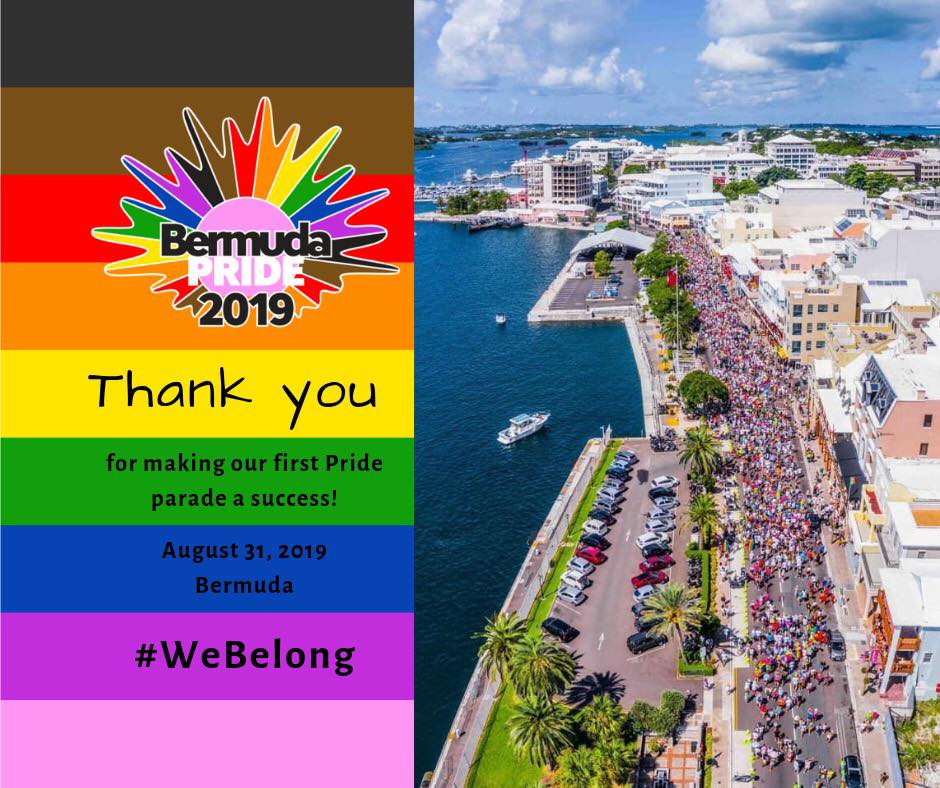 Bermuda Pride organisers sent out a “huge thank you for everyone who came out, who volunteered, who brought a friend or family member, who spread the love” on Saturday for Bermuda’s first-ever Pride Parade.

In a post published this weekend on social media, the organisers said: “Amazing doesn’t even begin to explain yesterday (Saturday, August 31).

“You are the amazing ones. #WeBelong. Thank you!

“See you next year.”

Thousands lined the streets of Hamilton for the inaugural parade, which looks set to become an annual event.

One participant, Shari-Lynn Pringle said: “I don’t think anyone expected so much support during Bermuda’s first Pride Parade.

“Anyone who has worked on any of the major accomplishments achieved through the activism of the LGBTQ community felt much the same – overwhelmed by the love and support of the community in which we live, work and love. 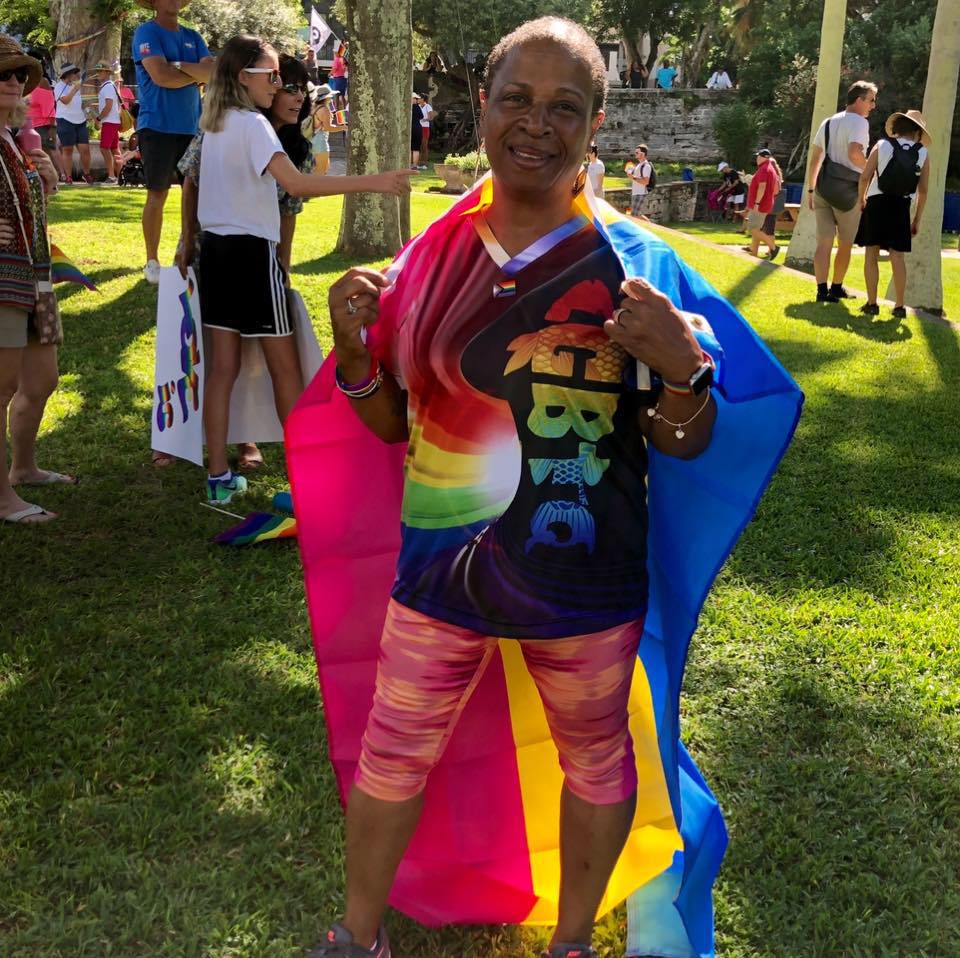 “I can’t imagine how the organizers are feeling because I know how I’ve felt after planning something major and then when its all done you look back and say Wow — did that really happen.

“I don’t think that the whole Bermuda community quite understands that just because a majority says you can’t, doesn’t mean that you can’t.

“If people take nothing else from this – understand that it didn’t happen overnight. It has taken some 25+ years to slowly pick at what we felt at varying times was unjust and unequal.”

“Yet we all pay the same taxes don’t we? Through the Stubbs Bill, the amendments to the Human Rights Act of 1981 and finally through the courts Bermuda Bred in 2015 allows adoption and Godwin & DeRoche allows marriage as does the ruling following Ferguson & Jackson.

“It was time to celebrate. Countries with lesser to no legislation have had Pride Parades annually for many years,” she added.

A moment of silence was also held prior to the start of the parade at Victoria Park, to honour members of the community who did not live to see Bermuda’s first-ever Pride parade. 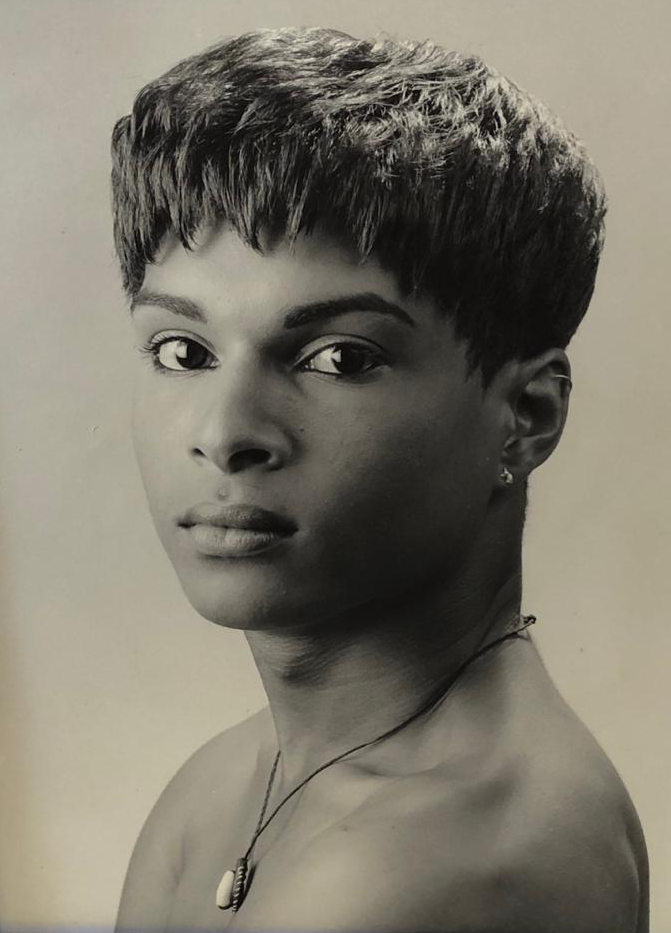 Another post published this weekend on the Bermuda Pride Organisers Facebook Page said: “Sadly, there are members of the community that are unable to be with us today.

“There is no doubt in our hearts however that they will be with us in spirit.

“In celebration of the lives of those we have lost along the way we are honoured to have Oopie Ming’s mother joining us as the Grand Marshall of today’s parade through the City of Hamilton.

Wilfred Sharand ‘Oopie Ming – 1st June, 1972 to 11th September, 1994 tragically lost his life when he was stabbed to death in St George’s.

The tribute written in his honour said: “Oopie was gay. This fact made many people, particularly other young men uncomfortable.

“On the day he died he had been victimized by one such individual regarding his homosexuality. This exchange deteriorated into a physical altercation wherein Oopie proved to be the better man.

“Witnesses to the alteration teased Oopie’s opponent. How could he lose to a homosexual?

“Oopie’s opponent was so humiliated by his public whipping at the hands of a homosexual that later that night he resumed the fight at Paradise Lounge.

“He left the nightclub and waited for Oopie to emerge, whereupon he stabbed Oopie twice in the heart as he came down the stairs.

“Oopie died instantly. Although the assailant was charged with pre-meditated murder he was found guilty of manslaughter and received a mere seven year sentence. One friend spoke for everyone who tries to understand.

“He died fighting for what he stood for. He defended his beliefs and self-worth right to the very end. And this is the only way I can accept and comprehend the way in which Oopie died.”

The tribute concluded: “We like to think that although our Oopie was befallen by tragedy, the rest are carrying on his fight for self-worth, carrying the torch to do something positive, steadily continuing his imprint of humanity.” 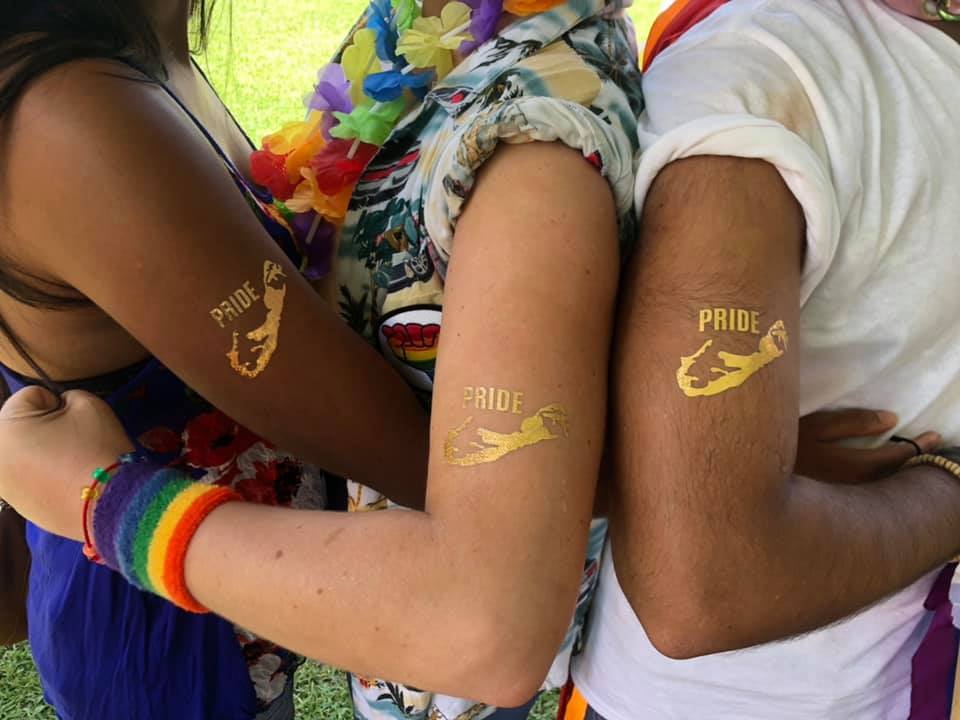