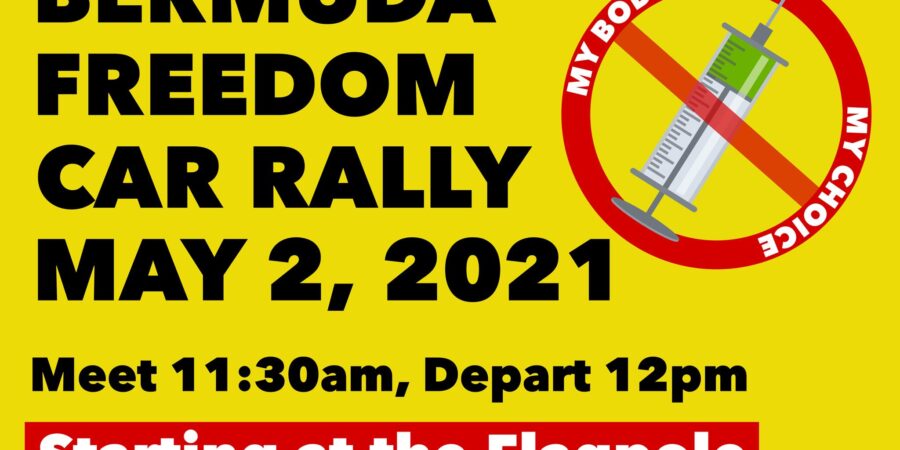 A post was published on the local media circuit this morning urging residents to attend the ‘Bermuda Freedom Car Rally’ on Sunday, May 2 – starting at the flagpole on Front Street in Hamilton at 11:30am.

The post, published around 7am this morning states: “Please join us this coming Sunday, as we come together in a peaceful protest.

“We ask that each of you adhere to the present government guidelines and come in your car’s and bike’s and let this government know that we have listened to them for 13 months and it’s now time for them to listen to the people.

When contacted by Bermuda Real, a spokesman for the organisers, Duane Santucci said: “One of the greatest problems is the fact that the Premier, David Burt continues to push this ‘get vaccinated agenda’ like it’s the only answer and it’s not the only answer! And he (Premier) keeps saying if you don’t you’re going to be penalised. 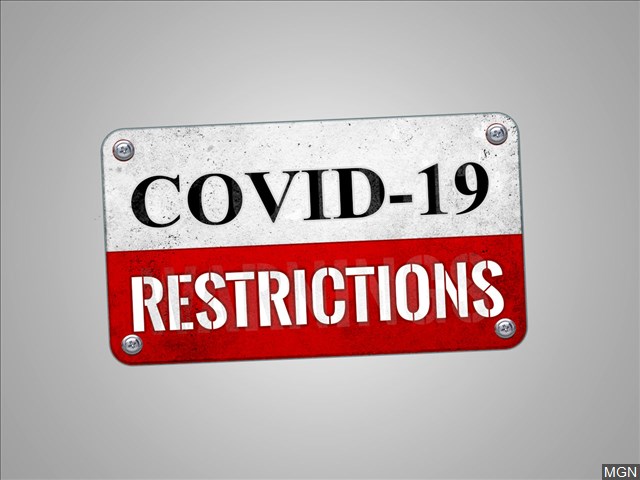 “The Premier has stated that if you don’t get vaccinated by May 28 the restrictions for you are going to be greater.”

Asked about the options to combat the spread of the coronavirus, Mr Santucci referred to Ivermectin, “a US Food and Drug Administration (FDA)-approved anti-parasitic drug that is used to treat several neglected tropical diseases, including onchocerciasis, helminthiases, and scabies”.

“It is also being evaluated for its potential to reduce the rate of malaria transmission by killing mosquitoes that feed on treated humans and livestock.

“For these indications, ivermectin has been widely used and is generally well tolerated.”

But as of February 2021, Ivermectin was not “approved by the FDA for the treatment of any viral infection”.

Mr Santucci also referred to the what the hospital’s Chief of Staff had to say when asked about Ivermectin at the latest COVID briefing last night. 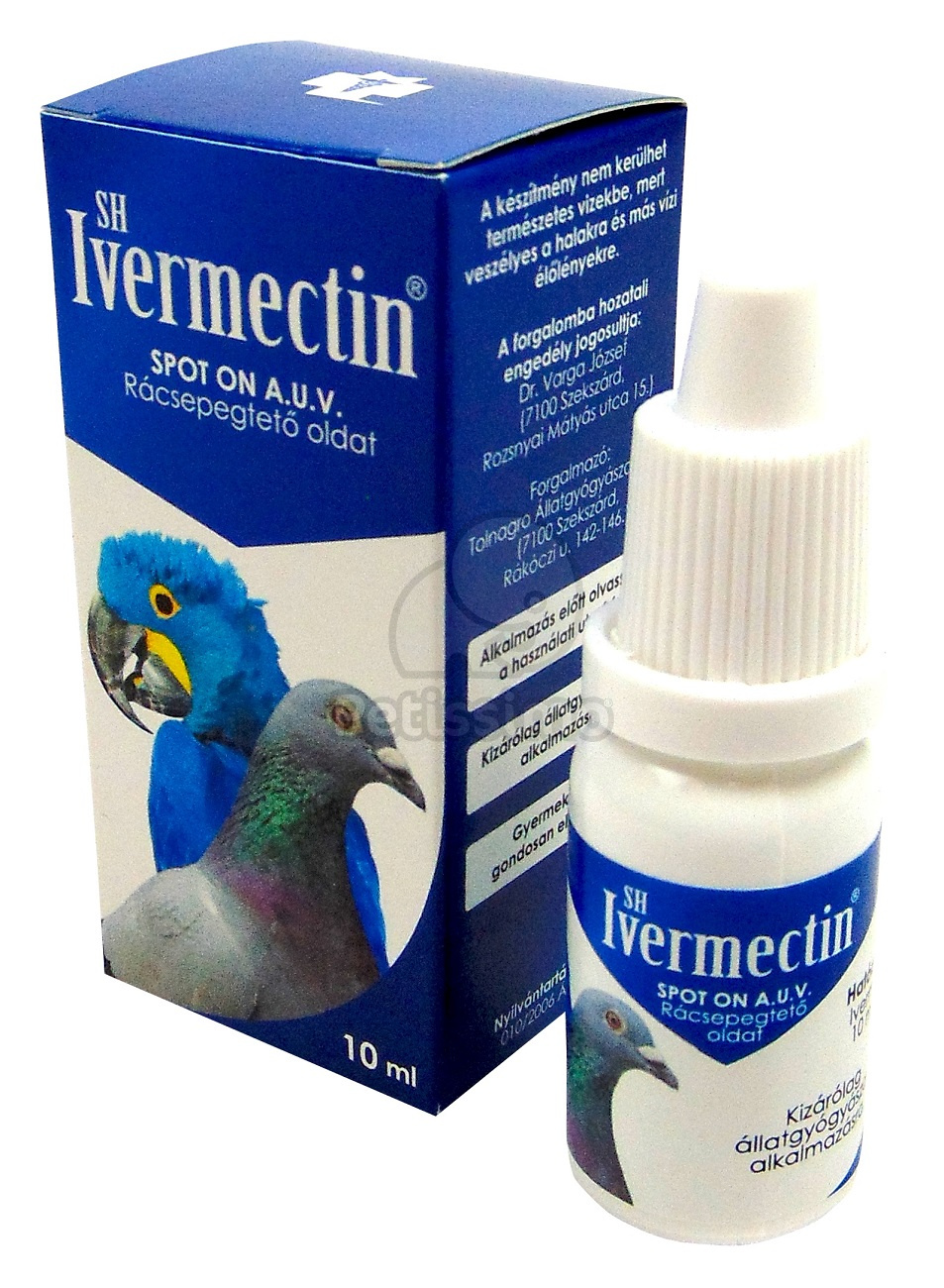 “It was clear that Dr Miller and the hospital crew are against it,” said Mr Santucci.

“The main question to the Premier is why are you pushing a vaccine when you know damn well there are other drugs other than the vaccine that work.

“There is also a lot of talk about Regeneron being the new miracle drug.”

According to a report by CNN updated on April 12, under the headline ‘Regeneron says its COVID-19 cocktail helps prevent symptomatic COVID-19’, Regeneron said “it will seek expansion of the emergency use authorization for the drug”.

It is currently available “in the United States to treat mild-to-moderate COVID-19 in people already infected with the coronavirus”.

“In the new trial, the drug, named REGEN-COV, reduced risk of symptomatic infections by 81 percent,” the company said.

“The trial studied Regeneron’s combination of casirivimab with imdevimab in 1,505 people who had not been infected with coronavirus but lived in the same household as someone who tested positive in the four days before.

“Each participant received one dose of the drug or a placebo, which does nothing, administered as an injection through the skin,” the report said. 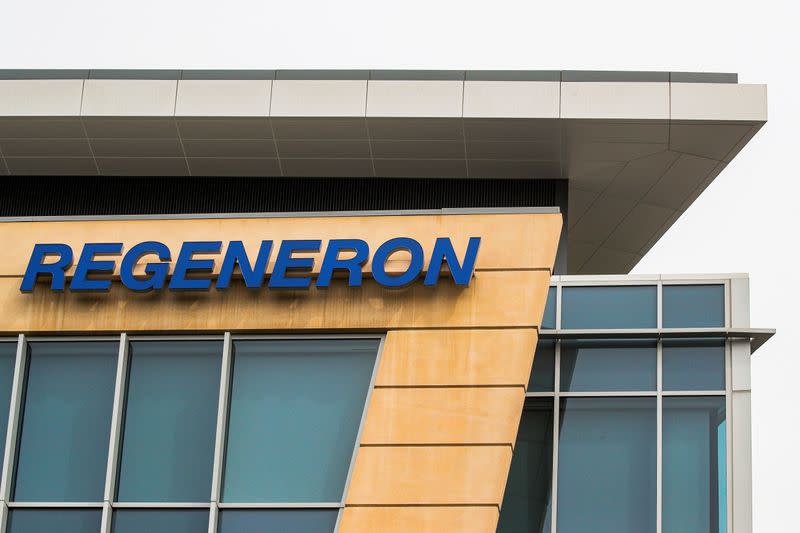 “Those who received the antibody cocktail and experienced a symptomatic infection resolved their symptoms in one week, the company said, compared to three weeks among those who received a placebo.

“Despite standard precautions to reduce transmission, nearly 10 percent of unvaccinated individuals living with an infected person developed symptomatic infections if they did not receive REGEN-COV,” Dr. Myron Cohen, who leads the monoclonal antibody efforts for the COVID Prevention Network and is the director of the Institute for Global Health and Infectious Diseases at the University of North Carolina at Chapel Hill, said in a statement.

“If authorized, convenient subcutaneous administration of REGEN-COV could help control outbreaks in high-risk settings where individuals have not yet been vaccinated, including individual households and group living settings.”

The report goes on to say that “the drug is currently authorized to be administered as an IV, which takes longer and may be part of the reason why uptake of the treatment has been limited”.
“So far, Regeneron’s cocktail has been shown to be effective against coronavirus variants of concerns.”

Mr Santucci noted that “they are now pushing for every hospital in the US to have it administered there”.

“Why is the Bermuda Government pushing this vaccination agenda and penalising non vaxers when they know they  have other options that work?”

As a result, he said residents are being urged to meet at the flagpole in their cars or on bikes to participate in this rally on Sunday because of the restrictions.

“We’re taking this route and we’re going to map out a route for the people to show their support,” he added.

“We’ve written in to the Minister of National Security for exemptions on three occasions and she hasn’t had the decency to respond to our requests.

“We’re not asking for permission this time when we’ve been asking for it all this time,” he said.

“We can come out in the thousands as long as we do not obstruct traffic but we can be pulled over for loud noise if people are honking their horns or using air horns.

“The feedback we’re getting from at least 600 people who want to do something for real. People are tired and some of them are filled with anger but the silent majority will speak!

At the end of the day, he said: “If they try to stop it the gloves will come off and the next protest will be in the streets!” 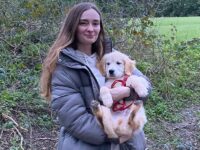 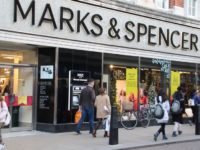