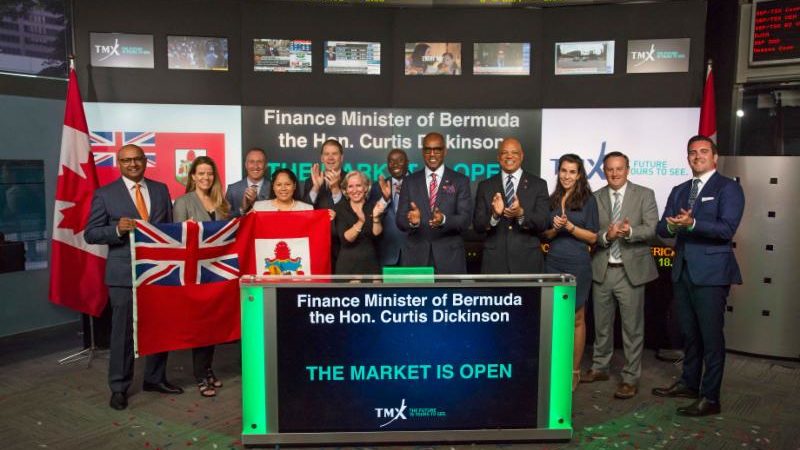 News Release: Toronto, ON, June 19, 2019—Bermuda Finance Minister Curtis Dickinson did the honours at a market-opening ceremony held at the Toronto Stock Exchange (TSX)yesterday, accompanied by a delegation from the island.

The group is in Toronto for a multi-industry forum, hosted on Wednesday at The Ritz-Carlton by the Bermuda Business Development Agency (BDA), along with related meetings with Canadian investors, civic leaders, and business groups.

Tuesday’s ritual, which took place at the TSX Broadcast Centre in the Exchange Tower in the heart of Toronto’s downtown business district, saw Minister Dickinson push a ceremonial green button to launch the day of trading on Canada’s largest exchange. The TSX is owned and managed by TMX Group.

“There’s been a longstanding history and relationship between Bermuda and Canada, so it was our privilege to host the Minister during his visit. It’s a sign of mutual respect to have the ability to open Canada’s financial markets,” said Luc Fortin, President & CEO of the Montréal Exchange and Global Head of Trading with TMX Group.

“TSX is a valued partner with Bermuda in capital-markets activity,” noted Minister Dickinson. “They gave us the distinct honour of hosting us to open the exchange. It came on the first business day after the Raptors won the World Championship, so it was a terrific honour for us to be received that way.”

Accompanying the Minister were Assistant Financial Secretary Stephen Gift, BDA Director and EY Bermuda Partner Jessel Mendes, BDA CEO Andy Burrows, and Isabelle Ramsay-Brackstone, the Honorary Consul of Canada in Bermuda, and other BDA representatives. The group is in Toronto to highlight Bermuda’s close links to Canada and opportunities for bilateral trade and investment.

Today’s BDA forum features moderated panel discussions, thought-leadership sessions, and networking opportunities for investors and businesses interested in learning more about the island. The first in Canada, it is the sixth in a series of overseas multi-industry showcases, following successful events in London, New York and Miami over the past two years.

Canada is one of Bermuda’s most significant economic partners, with two-way trade between the two nations amounting to USD$2.6 billion in 2017, and $37 billion in mutual assets and investments. Bermuda supports an estimated 25,000 jobs in Canada, including 15,000 from multi-national companies in Bermuda and their Canadian affiliates and represents Canada’s fifth-largest export market in trade and services; only the US, UK, Germany and France are greater Canadian export markets. 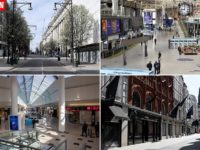