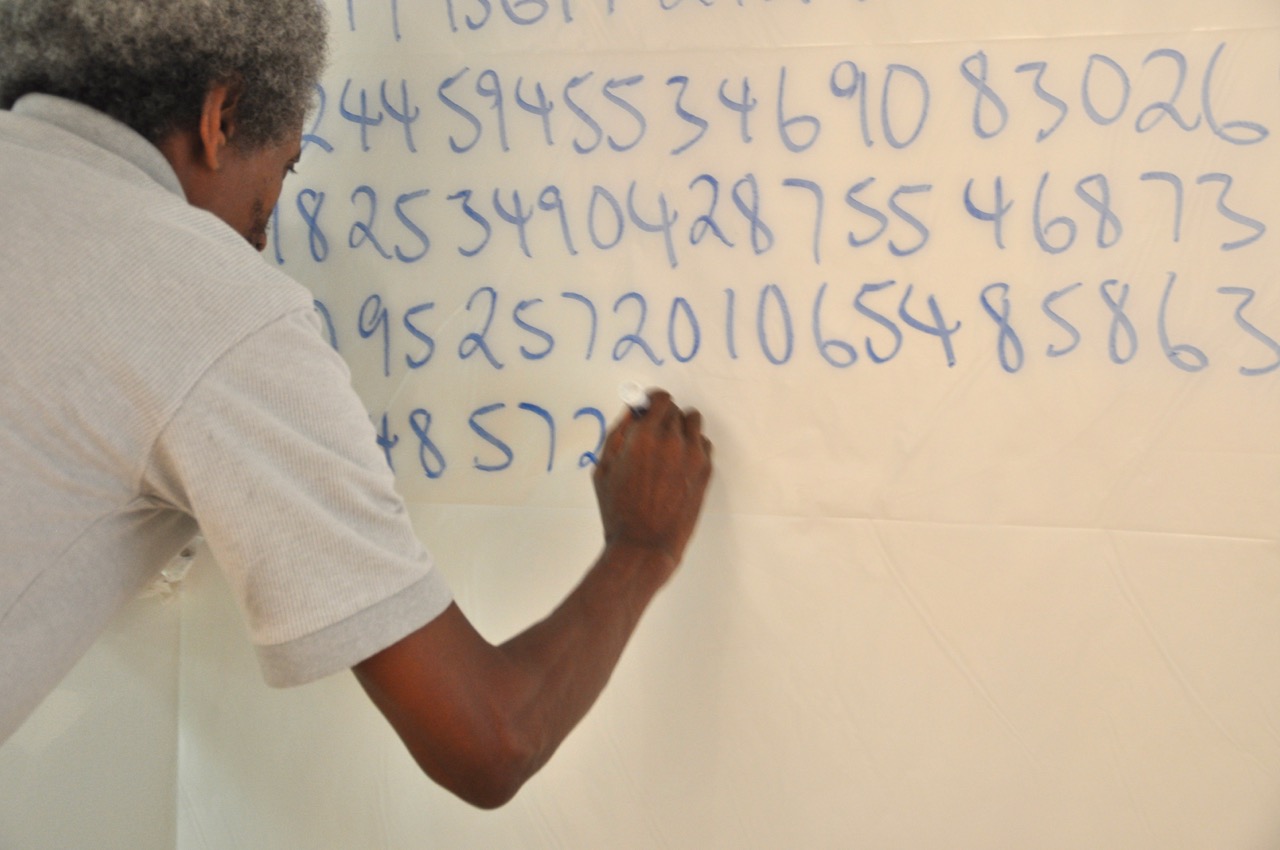 PAGET, Bermuda. July 24, 2018. Bermuda College mathematics lecturer and tutor, W Troy Ashby is claiming a Bermuda record for memorisation of digits of Pi to 6,200.
In June, Mr Ashby topped his previous personal best by memorising and writing additional digits to that attempted in March with the annual observance of Pi Day. His most recent success has been independently verified by two witnesses, and, after queries at the Bermuda National Library, and the Department of Cultural Affairs, Mr. Ashby believes he has established a national record.
It took him a little more than three hours to write out the digits, completely filling two walls of the Bermuda College Art Gallery located at the Paget campus. His work can be viewed at the Gallery, Monday – Thursdays from 9 am – 5 pm until August 9.
Mr Ashby believes it is innate in human nature to be curious and to challenge one’s self.
“For me, it was memorising digits of Pi for Pi Day. I was exposed to what someone had done, and thought it would be interesting to try it myself,” he said.
“To achieve what may seem impossible, is a great thing and a great feeling. I’m pretty sure that if I can do it, others can. You can train your brain… once it has gotten used to it, it almost becomes routine to just keep adding additional numbers. It might even inspire others to go even further. Who knows?” 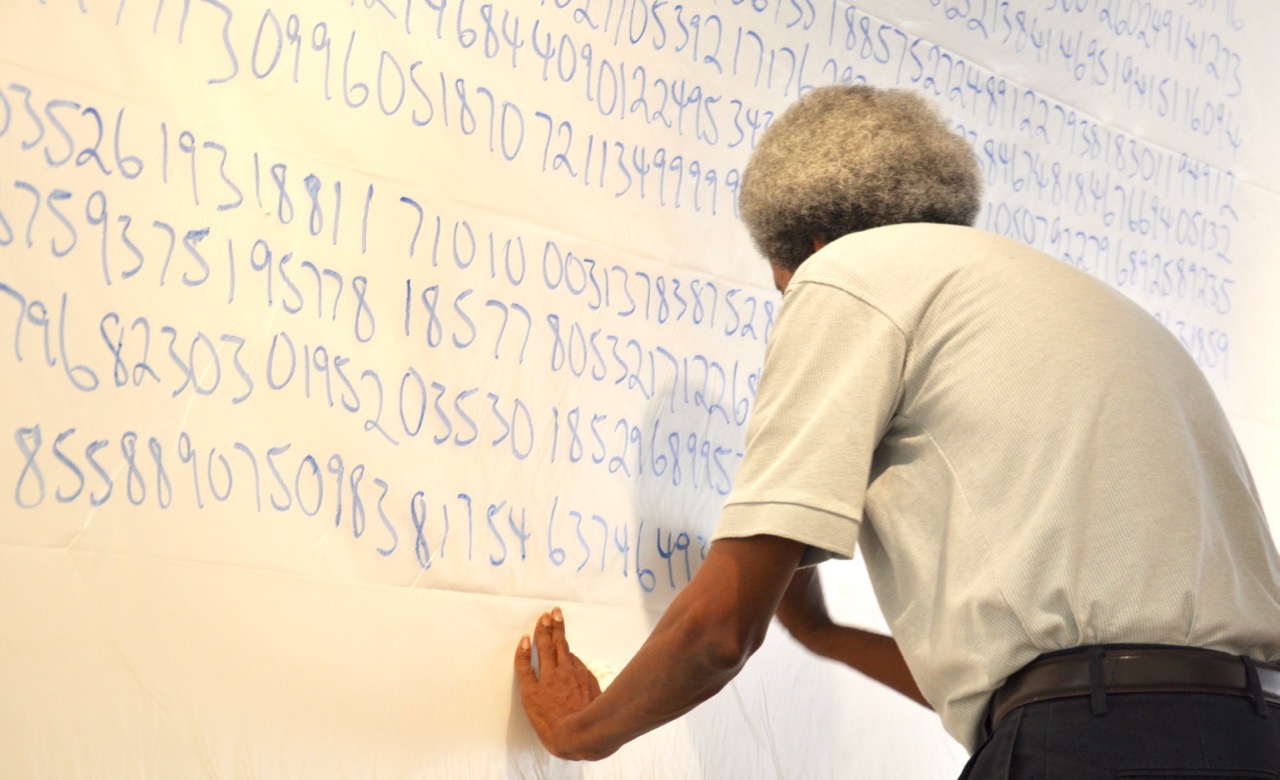 Pi digit memorisation is one of many memory feats performed internationally. Memorisation is considered a sport in many countries, and is conducted on an annual basis.
“My hope is to establish two distinct records in Pi digit memorisation in Bermuda; one for writing out the digits; the other for reciting – there are slightly different rules involved with both. I hope to establish a reciting record in the near future.”
The Guinness World Record for reciting digits is 70,030 held by India. Other examples of national records for reciting include Sweden (13, 208), Germany (11,104), the United States (10,980), Australia (10,553), Norway (2,993) and New Zealand (2,893).
For more information: [T] 239-4006  or    [E] ebarnett@college.bm