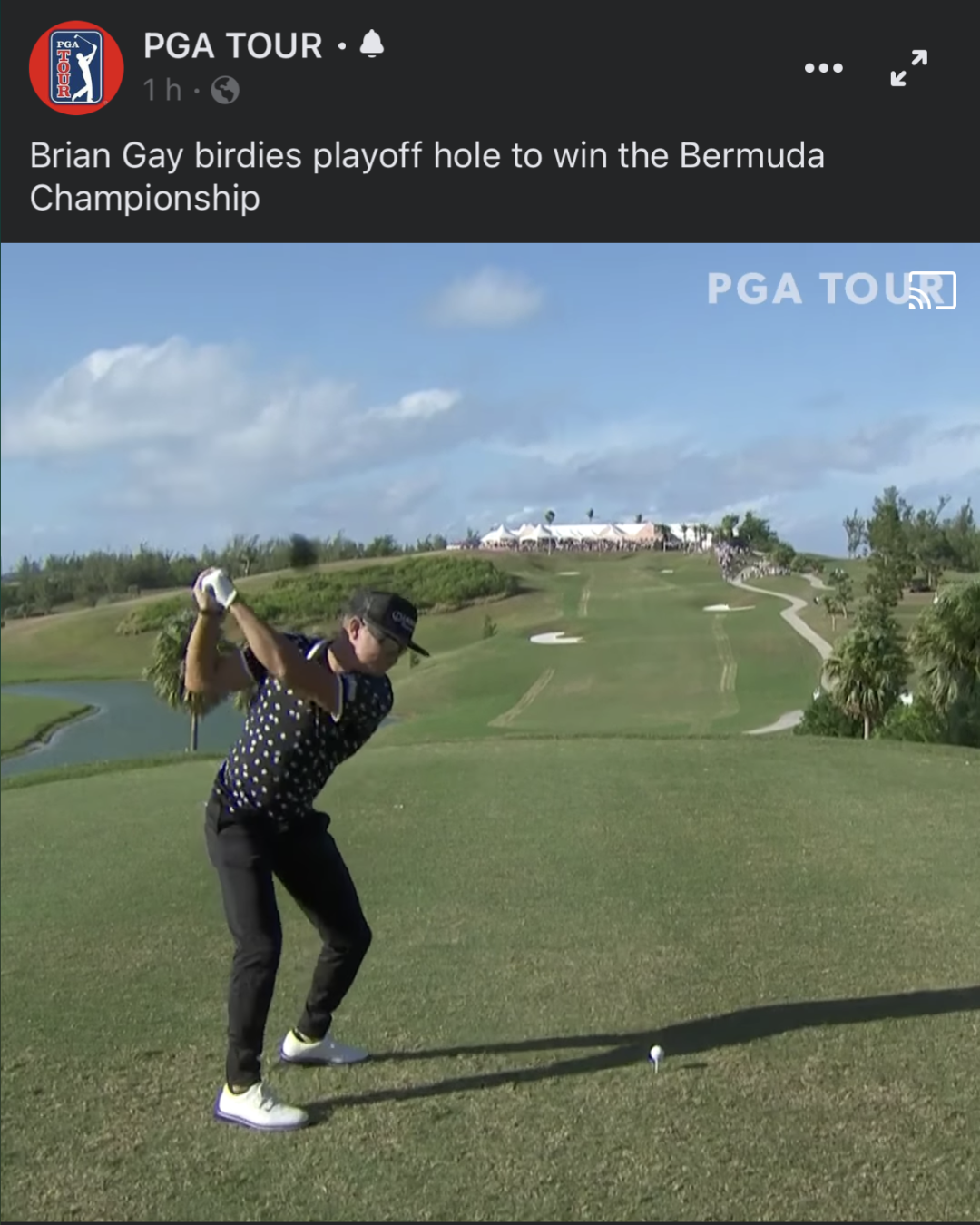 Sports Release: SOUTHAMPTON, Bermuda (November 1, 2020) — American Brian Gay won the 2020 Bermuda Championship in a one-hole playoff over Wyndham Clark today. Gay posted rounds of 70-68-67-64 to claim the $720,000 first place cheque, 500 FedExCup points and a spot in the 2021 Masters tournament.
Tournament officials also announced the dates for the 2021 Bermuda Championship. The tournament will take place October 25-31, 2021 at Port Royal Golf Course.
“We are very proud to have Brian Gay win the 2020 Bermuda Championship trophy, and we are excited to announce that we will return next year from October 25-31, 2021.” said Tournament Director Sean Sovacool.
“This year’s event had many challenges due to the pandemic, but our first priority will always be safety. Everyone associated with the tournament went the extra mile to ensure the 2020 Bermuda Championship was conducted in a manner that will be the example for PGA TOUR events to follow. Bermuda and its people have again shown extraordinary hospitality and support for the Bermuda Championship and we can’t wait to return next year.”
The 2020 Bermuda Championship was sold out all four days of competition. It was the first PGA TOUR event since March to welcome fans.
Gay, who claimed his fifth PGA TOUR title, ended his round with a clutch approach on #18 and made his birdie putt to go into the clubhouse at -15, tied with Clark who had one hole to play. Clark missed his birdie putt to win outright and settled for a par and a playoff. On the first playoff hole, Gay sunk his putt for birdie while Clark missed to extend the match.
“I was looking forward to coming back to Bermuda,” said Gay, who improves to 2-1 in playoffs. “Tied for third here last year, so I had good feelings and thoughts coming back. It’s a crazy game, you never know what’s going to happen. I feel like, though, when I get in position, I actually sometimes perform better. I’m more maybe hyper-focused, a little bit more locked in even though the nerves are there, I know that I’ve done it before.”
Three Bermudians were in the field. Michael Sims carded a +5, 73-74 to finish as the low Bermudian. Camiko Smith finished at +10, 71-81, and Anthony Phipps ended at +19, 76-85.
The inaugural Bermuda Championship winner Brendon Todd finished at +4, 71-75=145 to miss the cut. 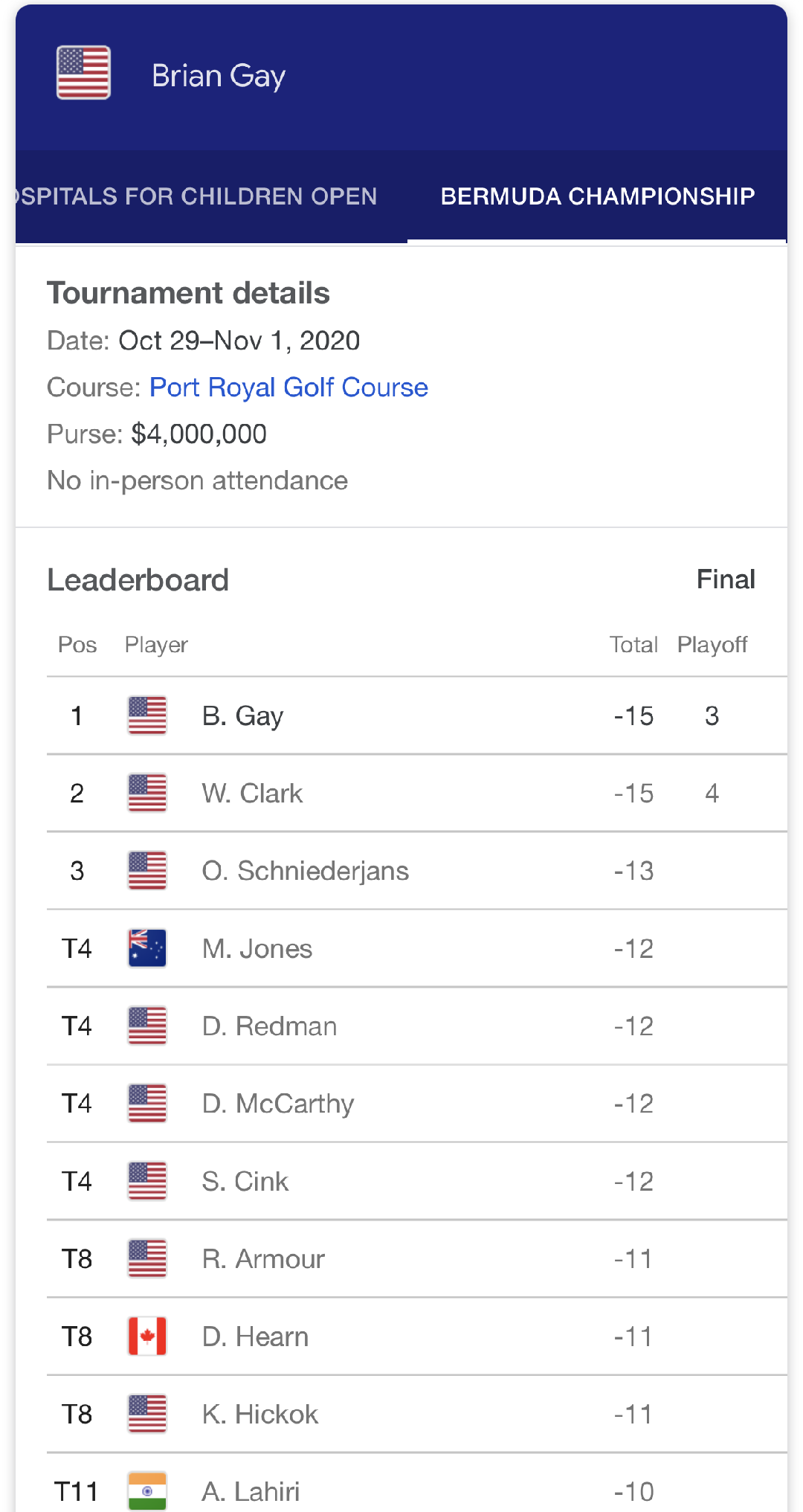