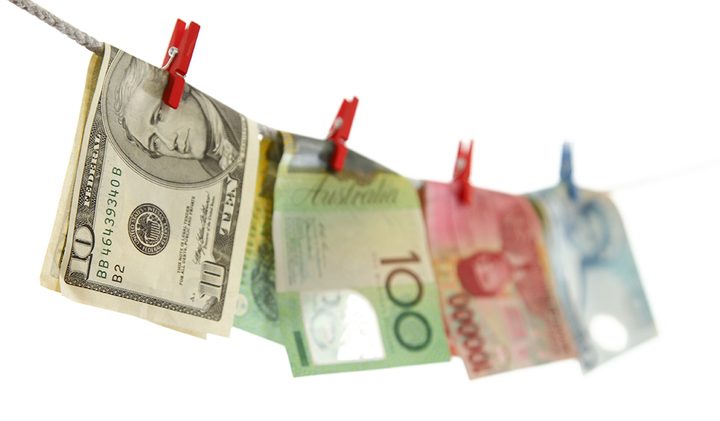 News Release: Hamilton, Bermuda – The Government of Bermuda has announced its intention to make the companies central register of beneficial ownership information accessible to the public.

The Government of Bermuda acknowledges that the provision of appropriate, current, and verified beneficial ownership information is important to combat money laundering, counter the financing of terrorism and other unlawful activity and the Government is committed to improving transparency and accessibility further in line with evolving standards.

The Minister of Finance, Curtis Dickinson said: “Bermuda has always led by example. We have a long-standing commitment to compliance with international standards on tax cooperation; transparency; and combatting money laundering, terrorist financing, and other related threats to the integrity of the international financial system. Accordingly, we have actively engaged with our global partners in respect of beneficial ownership and transparency.

“This announcement underpins our commitment to ensure that Bermuda remains a jurisdiction of choice for quality and compliant business. We are grateful to our industry stakeholders who have supported the Bermuda Governments efforts, as we continue to stay in line with evolving international standards in terms of regulation and best practice, affirming our reputation as a well-regulated and respected jurisdiction.”

The Government of Bermuda has continually demonstrated its commitment to take the required measures to protect our borders from those who would wish to use them to undertake or hide criminal or other such unacceptable activity, and for over 70 years has imposed safeguards in this regard. As part of our ongoing program of appropriately updating and enhancing our regime, we will continue to review and consider global developments in relation to access and disclosure of beneficial ownership information.

This control mechanism has allowed for a quality of applicants, and thus there are only approximately 15,000 companies registered in Bermuda.

The strength of the Bermuda regime has been confirmed by the UK Government as well as international standard setting bodies charged with conducting transparency assessments:

♦ In its Mutual Evaluation Report, which was approved and published by the Financial Action Task Force in January 2020, Bermuda was ranked as having a Substantial level of Effectiveness in relation to its measures to prevent the misuse of legal persons and arrangements and access to beneficial ownership information. This rating has only been achieved by nine other jurisdictions of the approximately 100 whose MERs have been published to date. Bermuda was further assessed as being largely compliant in both Recs. 24 and 25 which address matters relating to Legal Persons and Legal Arrangements, including Beneficial Ownership measures.

♦ In addition to Bermuda’s robust and long standing “know your customer” regime which has been established at the national level and appropriately incorporated into the work of the private sector, Bermuda has developed and implemented a strong legislative and operational framework to combat money-laundering and the financing of terrorism and proliferation. This regime has been updated and strengthened over the years to increase its effectiveness and level of compliance with the relevant international standards, namely the Financial Action Task Force 40 Recommendations. The 2020 Mutual Evaluation Report also highlighted the strong overall level of effectiveness and compliance of the regime that Bermuda now has in place.

♦ Further, as part of Bermuda’s work to ensure that it is playing an effective role in the global fight against such illicit and unacceptable financial crimes, Bermuda was a founding member of the Caribbean Financial Action Task Force, the regional body that is a part of the FATF network. Bermuda has over the years continued to play an active and leading role in this organization, chairing key technical working groups and committees involved in strengthening the governance and oversight of the body. It is particularly noteworthy, in this regard, that Bermuda chaired the working group that produced the first joint FATF/CFATF typologies report, which focused on Money Laundering in the Trust and Corporate Services Sectors.

♦ In 2013 and 2017, Bermuda was assessed and rated largely compliant overall under the OECD Tax Transparency and Information Exchange Peer Review Assessment process.

♦ In March 2014, Bermuda was among the leading countries to comply with new international tax transparency standards to support the G20 and OECD efforts to combat Base Erosion and Profit Shifting (BEPS), by becoming an in-force participant in the OECD’s key multilateral tax treaty known as the Multilateral Tax Convention (MAAC). The MAAC underpins all of the OECD’s anti-BEPS Actions involving automatic or spontaneous exchange of information.

♦ Bermuda was recognized as an “Early Adopter” jurisdiction by the OECD being one of the countries which signed and put into practice the Country by Country MCAA, and the Common Reporting System MCAA a year earlier than many OECD countries.

♦ The 2019 Statutory Review of the Implementation of the Exchange of Notes on Beneficial Ownership between the UK, CDs and OTs Report, issued by the UK Home Office, concluded that Bermuda was 100% compliant with its quality mandate. Of the 296 requests submitted by the UK to the CDs and OTs, only 4 covered matters related to Bermuda.

♦ On February 18th 2020, Bermuda was graded by EU Finance Ministers (ECOFIN) as a ‘cooperative jurisdiction’ with respect to tax good governance. ECOFIN endorsed the assessment of the European Commission and the EU’s Code of Conduct Group on Business Taxation (CoCG) that Bermuda had met its commitments to address concerns raised by the EU in 2019 in relation to economic substance requirements.

♦ The Government of Bermuda has established a comprehensive central register of beneficial ownership information which is presently held and maintained by the Bermuda Monetary Authority. This information is readily available to the relevant competent authorities. Law enforcement can also obtain beneficial ownership information from AML/ATF regulated institutions subject to the Proceeds of Crime framework and the Bermuda Monetary Authority, through production orders or other mechanisms.

Bermuda is committed to leading by example by actively engaging with our international partners in respect of beneficial ownership and transparency. We will continue to work with international bodies (FATF, OECD, IOSCO, IAIS, G20 and others) and other jurisdictions in respect of standards relating to corporate transparency and information exchange mechanisms; and sharing information on Bermuda’s approach and experiences.

Recognising the importance of the provision of beneficial ownership information for the prevention and detection of domestic and cross-border crime, and in anticipation of the implementation of a global standard which Bermuda has similarly committed to meet once adopted, and in keeping with Bermuda’s previous commitments, the Government of Bermuda intends to make the companies central register of beneficial ownership information accessible to the public.

The EU is due to publish an Implementation Review of the 5th ALMD in January 2022. Within 12 months of that publication, we will therefore bring forward to the Legislature proposals to establish public access to beneficial ownership data of companies held on a central register.

This commitment is guided by a necessary adherence to the fundamental rights and freedoms enshrined in the Bermuda Constitution.

HOA: Six Significant Bills Were Tabled in House on Friday the 13th