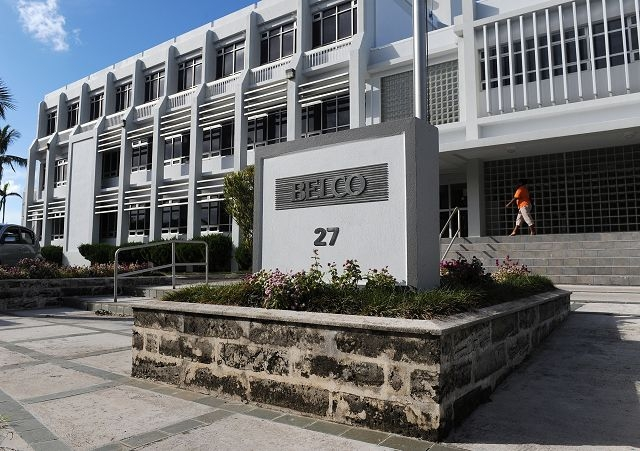 Storm force winds have subsided, but gales continue – that’s the latest from the Bermuda Weather Service (BWS), as of 5:30am this morning “as the deep low pressure to the north races away northeast”.

Forecasters say: “Frequent showers will continue to affect the area, possibly with the odd rumble of thunder and the chance of small hail this morning. Winds will continue to subside into the weekend and it will feel much colder.”

There’s also a chance of thunder and small hail in the forecast this morning amid blustery showers.

Meanwhile, Belco crews worked throughout the night to restore power to more than 1,200 homes as early as 6:15pm last night.

By 8pm that number had been cut down to 340 homes that were still without power across the island.

Belco Director of Communications and Culture, Krista Barnes said: “As of 8 pm  there were approximately 340 customers without power.

“Customers without power are asked not to call 955 unless there is an emergency including a Belco pole that has come down or a pole fire. BELCO will advise when to call 955 if customers remain without power. Belco would also like to thank customers for their patience as we work to get power restored as quickly and safely as possible.”

A spokesman for the Ministry of Transport announced that all school runs this morning, “including those usually serviced by public buses, would be by minibuses at their regularly scheduled times”.

The spokesman added: “Before services can resume for the public bus schedule, the Department of Public Transport will survey all bus routes to ensure buses can safely travel on the roads.

“These assessments will start at day break and the public bus service is expected to resume by 9am.

“All ferry services will remain suspended until further notice.”

There’s a mix of sun and clouds in the weekend forecast with sunny periods on Saturday with “a few fast moving showers, easing at night”.