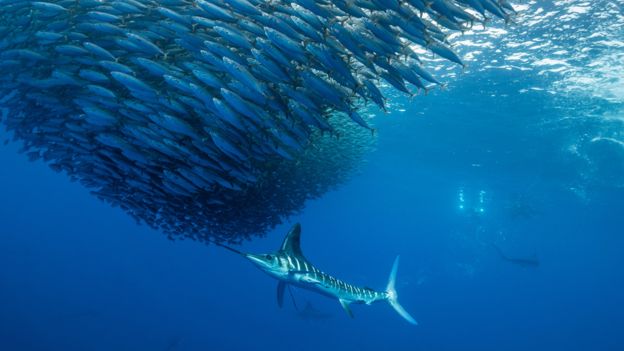 Researchers say 700 ocean sites are now suffering from low oxygen, compared with 45 in the 1960s, as “climate change and nutrient pollution are driving the oxygen from our oceans and threatening many species of fish”.

“That’s the conclusion of the biggest study of its kind, undertaken by conservation group IUCN.”

BBC reports: “While nutrient run-off has been known for decades, researchers say that climate change is making the lack of oxygen worse.”

And they say: “The depletion is threatening species including tuna, marlin and sharks.

“The threat to oceans from nutrient run-off of chemicals such as nitrogen and phosphorus from farms and industry has long been known to impact the levels of oxygen in the sea waters and still remains the primary factor, especially closer to coasts.

“As more carbon dioxide is released enhancing the greenhouse effect, much of the heat is absorbed by the oceans. In turn, this warmer water can hold less oxygen. The scientists estimate that between 1960 and 2010, the amount of the gas dissolved in the oceans declined by 2%.

“That may not seem like much as it is a global average, but in some tropical locations the loss can range up to 40%. 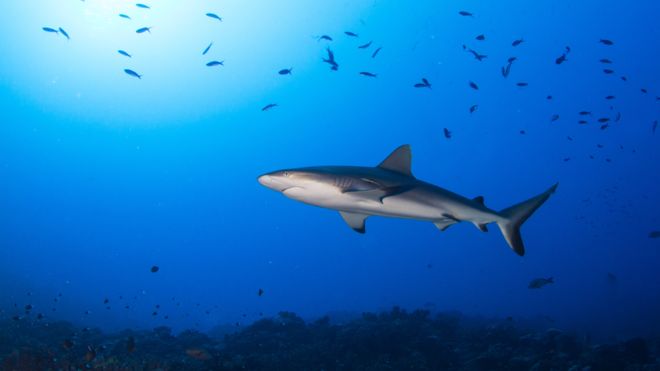 “Even small changes can impact marine life in a significant way. So waters with less oxygen favour species such as jellyfish, but not so good for bigger, fast-swimming species like tuna.”

Minna Epps of IUCN said: “We have known about de-oxygenation but we haven’t known the linkages to climate change and this is really worrying,” said Minna Epps from IUCN.

“Not only has the decline of oxygen quadrupled in the past 50 years but even in the best case emissions scenario, oxygen is still going to decline in the oceans.”

The report continued: “For species like tuna, marlin and some sharks that are particularly sensitive to lack of oxygen – this is bad news.

“Bigger fish like these have greater energy needs. According to the authors, these animals are starting to move to the shallow surface layers of the seas where there is more of the gas dissolved. However, this make the species much more vulnerable to over-fishing.

“If countries continue with a business-as-usual approach to emissions, the world’s oceans are expected to lose 3-4% of their oxygen by the year 2100.

“This is likely to be worse in the tropical regions of the world. Much of the loss is expected in the top 1,000m of the water column, which is richest in biodiversity.

“Low levels of oxygen are also bad for basic processes like the cycling of elements crucial for life on Earth, including nitrogen and phosphorous.”

Minna Epps added: “If we run out of oxygen it will mean habitat loss and biodiversity loss and a slippery slope down to slime and more jellyfish.

“It will also change the energy and the biochemical cycling in the oceans and we don’t know what these biological and chemical shifts in the oceans can actually do.”

Ultimately, the report said: “Changing the outcomes for the oceans is down to the world’s political leaders.”

“To stop the worrying expansion of oxygen-poor areas, we need to decisively curb greenhouse gas emissions as well as nutrient pollution from agriculture and other sources.”