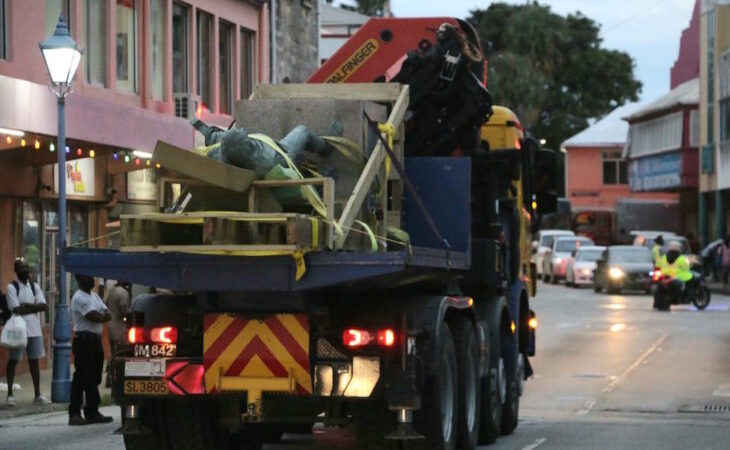 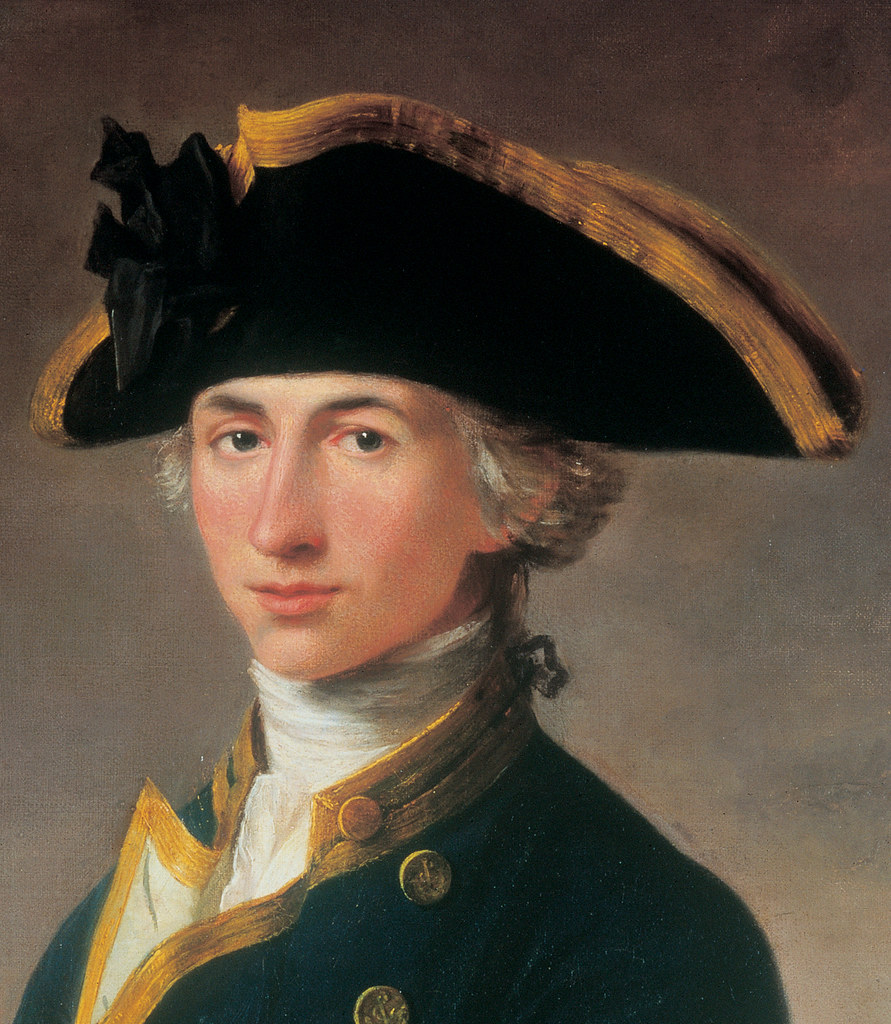 Barbados TODAY: Randy Bennett – For the most part, Barbadians were happy to see the back of Lord Nelson.

The large crowd on hand to witness the removal of the statue from National Heroes’ Square this evening clapped and screamed in delight when the crane lifted the statue from its resting place.

The majority of those who spoke to Barbados TODAY said they believed it was high time the sculpture was moved.

In fact, Lionel Clarke said the 200-year-old statue of the former British colonialist should have been taken down long ago.

Pierre Cadogan also agreed that it was time to move Lord Nelson.

He was of the view that the Barbados Museum and Historical Society was the best place for the statue.

“He doesn’t deserve to be in Heroes’ Square, but he is still very much a part of our history. All of our history isn’t going to be flattering and I think the museum is the best option so people who are interested can go and visit him there,” Cadogan said.

Another man who journeyed to watch the statue’s removal and gave his name only as Smokey, said he never thought it would have been taken down.

He said he was proud to see that the voices of the people who were calling for Nelson to go, had been heard.

“Most of the time, Barbadians does complain about things but they don’t really take no action. It was good to see they protested and forced Government to take down Lord Nelson. I never thought I would live to see this happen,” he said.

However, one woman who declined to give her name, told Barbados TODAY the event was much ado about nothing.

“I really don’t see what all of the fanfare is about. At the end of the day, it was just a statue and people used to walk past it every day and didn’t even notice it.

“This only came about because of the Black Lives Matter protests in the US. If not for that, Lord Nelson would still be there and people wouldn’t care,” she said.

General Secretary for the Caribbean Movement for Peace and Integration David Denny hailed the move as one that would have a regional impact.

“For us in the Caribbean Movement for Peace and Integration, the removal of Lord Nelson is not only an action that recognises exploitation in Barbados, but it is a regional action, because every African man and woman in the Americas would have come from a background of exploitation.

“Because of this kind of action, we are asking people of the Americas to also stand in solidarity with the Government and people of Barbados when we remove Nelson from our National Heroes’ Square,” Denny said.