USA Today: Charles Trepany – Celebrities are speaking out after the death of Daunte Wright, a 20-year-old Black man who was shot and killed by a police officer in a Minneapolis suburb during a traffic stop.

Wright’s death Sunday night in Brooklyn Center, 10 miles south of Minneapolis, came as the city already was on edge in the middle of the trial of former police officer Derek Chauvin, who faces murder charges in the death of George Floyd last May.

© ROBYN BECK, AFP/Getty Images (FILES) July 9, 2019, US singer/songwriter Beyonce arrives for the world premiere of Disney’s ‘The Lion King’ at the Dolby theatre in Hollywood – Photo by Robyn Beck / AFP)ROBYN BECK/AFP/Getty Images ORG XMIT: Beyonce r ORIG FILE ID: AFP_1IX9ZL
Barack and Michelle Obama shared that their “hearts are heavy” in a joint statement. “The fact that this could happen even as the city of Minneapolis is going through the trial of Derek Chauvin and reliving the heart-wrenching murder of George Floyd indicates not just how important it is to conduct a full and transparent investigation, but also just how badly we need to reimagine policing and public safety in this country.”The statement added that the Obamas are grieving with the Wright family: “We empathize with the pain that Black mothers, fathers, and children are feeling after yet another senseless tragedy.” They also provided a link to resources on trauma, mental health and how to take action.

Beyoncé posted a tribute on her website Monday, featuring a photo of Wright with the caption “REST IN PEACE DAUNTE WRIGHT.” 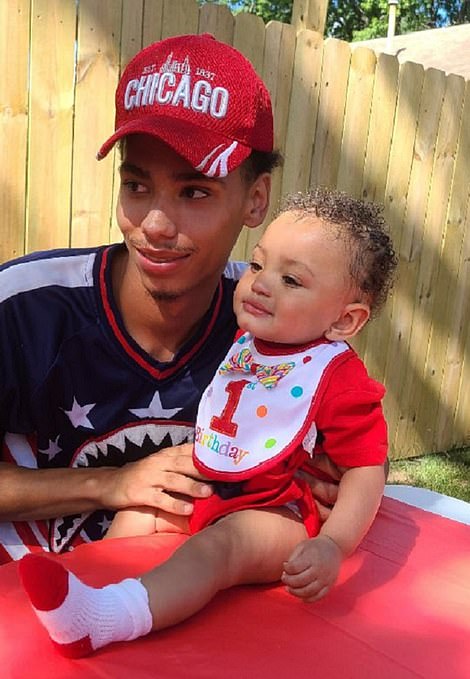 Jamie Foxx shared a photo of Wright with his 1-year-old son.

Actress and director Regina King tweeted, “Here we are saying prayers for ANOTHER family because ANOTHER reckless officer exposed themself at the expense of ANOTHER Black human being.””I’m so sorry Daunte Wright,” she added. “You are so much more than…ANOTHER. I will NEVER get used to this.” Actress Viola Davis retweeted her message.Kerry Washington tweeted on Monday that Wright “should still be alive.””My heart goes out to his family, his friends,” she added. “And to all Black people who are tired of waking up to tragedy after tragedy.”

“Take care of yourself,” she continued. “Your bodies. And your minds. And please continue to say his name.”

Demi Lovato shared tweets from the ACLU and activist Ben O’Keefe on her Instagram, as well as a post from the clothing brand CHNGE about Wright. “JUSTICE FOR DAUNTE WRIGHT,” the pop star added.

“There has to be a better way,” tweeted Ray Fisher. “If there isn’t then we gotta make one.”

George Takei wrote on Twitter that he’s “too heartbroken for words on this latest killing.”

“Why would any person of color ever comply with a police officer when there is a 50/50 shot of getting ‘accidentally’ shot?” tweeted Chelsea Handler.

Kathy Griffin also reacted to the city’s police chief saying that the officer may have intended to deploy a Taser. 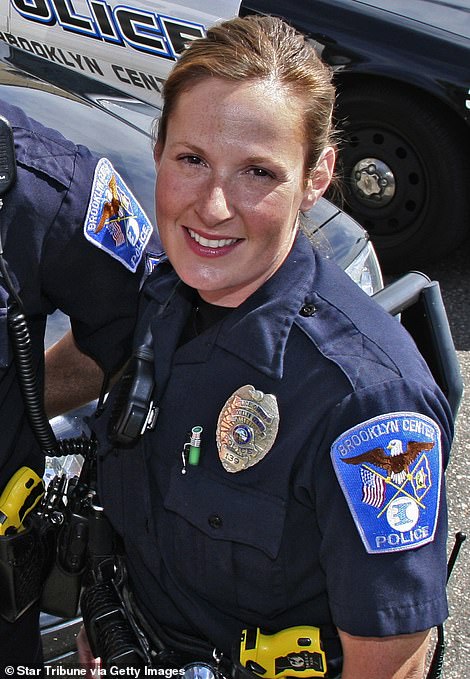 “Why the (expletive) would the #BrooklynCenter cop even think they needed to TAZE #DaunteWright in the first place?” she tweeted. “Of course no one is going to buy the ‘oops, I thought my gun was merely a taser’. But to even try to justify tasing this young man is ridiculous.”

Trevor Noah discussed Wright in a Monday segment on “The Daily Show with Trevor Noah.”

“Maybe if the police weren’t so quick to draw any weapon, then maybe people wouldn’t die because of a mix-up,” the comedian said. “Don’t you find it amazing that cops think everything is a gun, except their own gun? If you have a cellphone in your hand – ‘Oh, that’s a gun.’ If you’re holding a wallet, ‘Oh that’s a gun.’ Their own gun? No, not a gun.”

Alyssa Milano suggested that “if you can’t tell the difference between your gun or your taser maybe you shouldn’t be a policeman.”

Ellen Pompeo agreed, retweeting Milano and adding “What she said.”

Rapper and actor Common tweeted that “we cannot get comfortable!”

“May God bless the soul of Daunte Wright,” he added.

Several stars including Davis, Lovato, Kim Kardashian and Michael B Jordan re-shared infographics with information on what happened and how others can help.