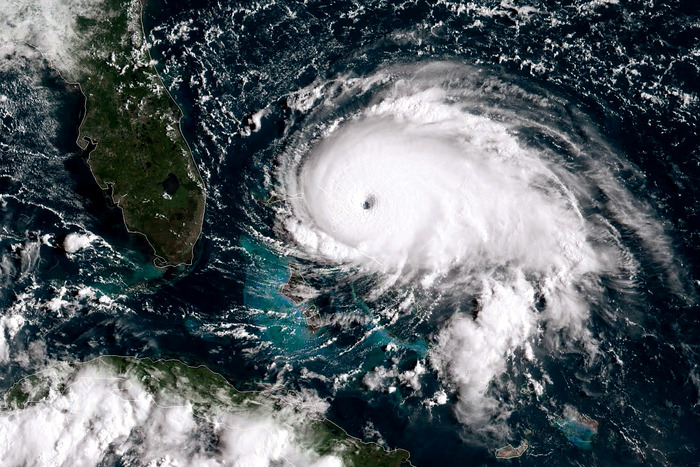 Reports of multiple casualties in the Bahamas circulating at this hour in the wake of Hurricane Dorian.

Now listed as the second most powerful Atlantic storm ever recorded, Hurricane Dorian was downgraded to a Category 4 storm this afternoon (Monday), while continuing to bash the Bahamas, initially as a Category 5 system.

Darren Henfield, the Bahamian Minister of Foreign Affairs is quoted as saying: “From all accounts, we have received catastrophic damage.

In a tweet posted today he added: “Our focus right now is rescue, recovery and prayer.”

Forecasters say Dorian was still making its way across the northern end of the Bahamas at a slow moving pace of 1 mph as it makes its way towards the east coast of Florida.

Some forecast models still project that the storm will hit Florida.

The report continues: “The northern islands in Dorian’s path experienced catastrophic conditions — including wind gusts of more than 220 mph, an 18-23 foot storm surge, and as much as 30 inches of torrential rain in some areas.” 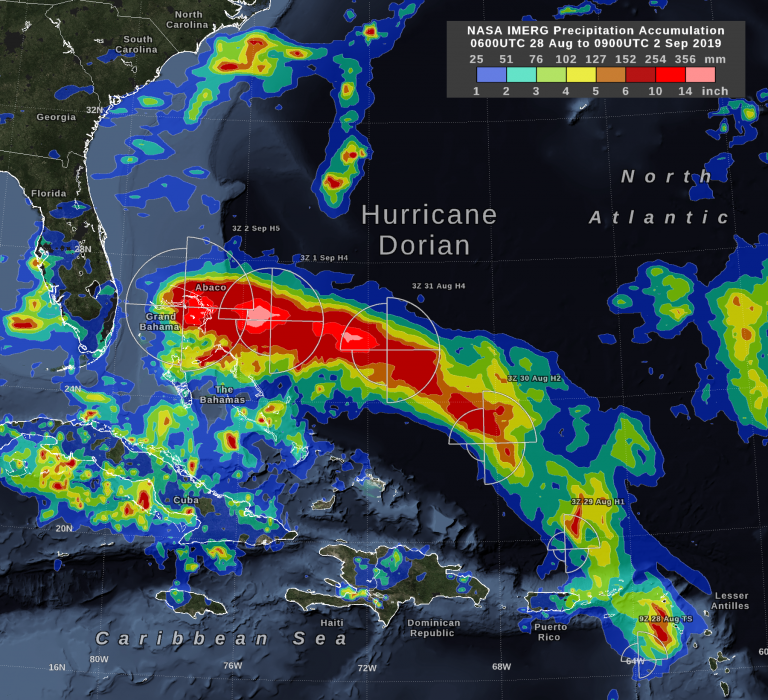 Forecasters also stated that “the storm has maintained Category 4 and Category 5 intensity for an abnormally long time” and is expected “to maintain those wind speeds at least until Monday evening”.

As of 4pm it was still not clear whether or not Dorian will make landfall in Florida later this week, or whether it will remain offshore while moving up the coastline.

Apparently “everything depends on what happens once the storm makes its projected northward turn early in the week”.

The National Hurricane Center said today that “Dorian is likely to get dangerously close to Florida late Monday night, then arrive in Georgia and South Carolina on Wednesday”.

The storm is currently forecast “to remain at Category 4 strength through early Tuesday morning, then weaken to a Category 3 by Wednesday afternoon”.

Either way, “dangerous weather conditions will begin affecting Florida’s east coast sometime tonight. Residents were urged to continue to prepare for the worst, as Floridians are “running out of time”.

Peter Gaynor, the acting administrator of FEMA said: “You need to take action now if you’re at risk.

“You should not try to tough it out. You should get out,” he said.

Mandatory evacuations have also been ordered for coastal areas in Georgia and South Carolina, which are both currently in Dorian’s “potential path later in the week”.