As parts of the Bahamas continue relief and clean-up efforts a month after Hurricane Dorian, the country’s Tourism Minister says they’re still open for business.

CBC Radio reports, Dionisio D’Aguilar blamed media reports that focused on the Bahamas as a whole, rather than just the two affected islands, which he claimed was pushing travellers and much needed tourism revenue away.

“We’re a country based almost exclusively on tourism. Sixty percent of our GDP comes from tourism. It employs two-thirds of the workforce,” D’Aguilar said.

“If we’re going to help those islands rebuild and help those individuals impacted to rebuild their lives, people need to visit our country and come here and have a vacation.”

When Hurricane Dorian ripped through the area in early September, only the Grand Bahama and Abaco islands were hit, the report added.

“The storm levelled homes and businesses, causing an estimated $7 billion US in property damage. A temporary death toll sits at 56, and nearly 600 people remain missing.

As both islands slowly recover, the Minister said visitors can help speed up recovery by staying at the country’s many resorts. 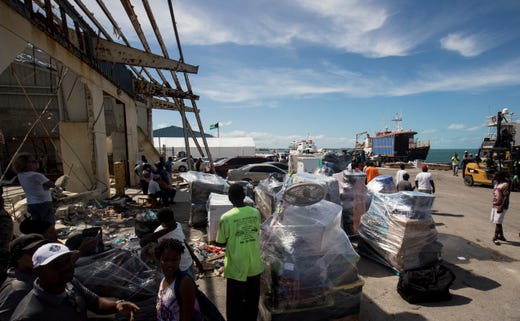 “By coming to our country and experiencing that, you are indirectly helping those people that have been impacted by the storm,” he said.

Meanwhile, power has been restored for 80 percent of the islands, and water is running again, although it is not deemed safe to drink yet.

Despite Dorian’s devastating effects on the Bahamas, the Minister said the tourism sector has recovered from hard times before and they will recover again.

“We have travel advisories, we have storms, we have many things that impact the tourism industry, not only in the Bahamas but throughout the Caribbean,” he said.

“But what we find is over time these memories fade and people decide, ‘OK, I want to go on a holiday in the Caribbean, specifically I want to come to the Bahamas,’ and it bounces back very quickly.”

As the Atlantic hurricane season continues through the fall, the MP said he was “optimistic” that the Bahamas will be spared another serious weather event.

Police: Two Male Teens Arrested After A Chase On A Stolen Motorcycle

Another Shooting – This Time In Mount Hill Road Area, Man, 21, Taken To KEMH