The case launched by former Attorney General Trevor Moniz, alleging that the US-based medical group Lahey conspired with former Premier Dr Ewart Brown; to defraud the island to the tune of millions, has been dismissed in a US District Court.

The former AG’s successor, Kathy Simmons told the media today: “From our perspective, the case is closed, and we do not intend to pursue it any further.”

The ruling by Judge Indira Taiwani, who presides in the US District Court in Massachusetts, was made on Thursday.

Speaking at a news conference held this afternoon, Bermuda’s Attorney General said the ruling was “exactly what I had anticipated from the beginning.” 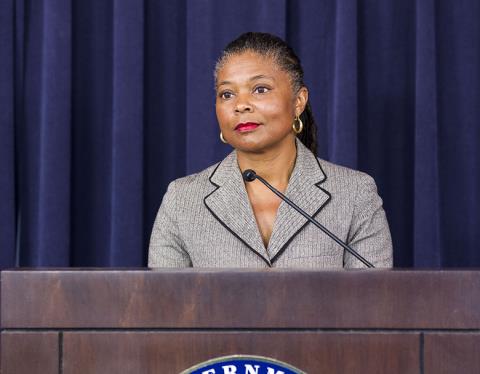 “Given the politically charged nature” of the case, she stressed that it was important that the decision be made by “an independent assessor”.

Asked by Bermuda Real for an idea of total costs for this case, she said no final tally has been made.

In response to the ruling, Lahey Clinic issued a statement noting the medical facility’s “25 year track record of caring for the people of Bermuda while maintaining the highest ethical standards for all business relationships”.

The statement continued: “We were confident that the claims made in the suit were baseless and are pleased with the dismissal.

“Our team of physicians looks forward to continuing to improve the health of Bermuda residents, create programs to address significant public health issues and provide the care the people of Bermuda need and deserve.”

Judge Taiwani noted that the claim under the federal American Racketeer Influenced and Corrupt Organisations Act could not be considered because Bermuda had suffered no loss in the US.

“Bermuda has not shown that it suffered any injuries in the United States as a result of the alleged scanning scheme,” she said.

“Without such an injury, Bermuda’s RICO claims as to the scanning scheme arise out of extraterritorial injuries and must be dismissed.”

Judge Taiwani also dismissed another claim for damages over Bermuda’s FutureCare insurance plan because it had nothing to do with the US.

“Bermuda alleges that ‘Brown used his influence and connections to ensure that Lahey was favored other potential US healthcare providers, including Johns Hopkins, for lucrative contracts relating to ‘FutureCare’.

“As FutureCare is a Bermudian public insurer which reimburses healthcare costs of Bermudian residents, the court cannot, without more, find any injury from these contracts to business or property in the United States.

“While entities like Johns Hopkins, whose domestic profits were competitively injured by such contracts, might have a valid domestic injury claim, Bermuda does not.”

Judge Taiwani continued: “The question presented in this case is whether Bermuda may bring action for the various injuries alleged under RICO’s private right of action.

“It may well be that Bermuda’s allegations as to Lahey’s commission of various predicate acts would suffice for criminal charges – or civil enforcement proceedings brought by the Attorney General … however, the focus of this motion is whether Bermuda, as a private party, may bring these charges …

“That depends on whether Bermuda has alleged domestic injuries to business or property caused by Lahey’s conduct.

“The injuries in this case are assessed in turn.

“Given the early stage of this litigation and the fact that the parties have not yet begun the arduous task of discovery, retaining jurisdiction over Bermuda’s pendent state law claims would not serve such interests. Accordingly, Bermuda’s state-law claims are dismissed without prejudice.”

The former Attorney General’s case alleged that Dr Brown used his political position as a Government minister to promote Lahey’s interests in Bermuda. 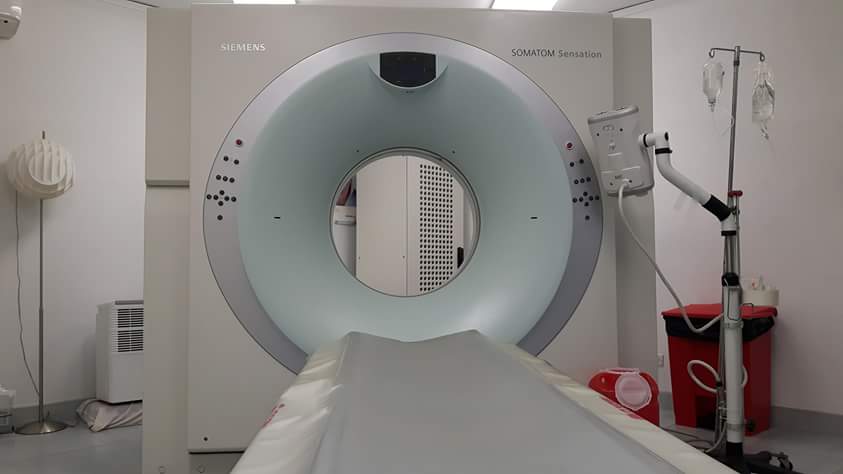 It was also alleged that the hospital paid Dr Brown “bribes disguised as consulting fees”. And as a result of this alleged arrangement, Lahey landed contracts with King Edward VII Memorial Hospital and eventually became the lead “service provider of choice for Bermudians, both on the island and in the United States”.

The claim also alleged that Dr Brown paid Lahey part of the reimbursement for reading the scans to the tune of millions, and that Lahey “stayed silent” because it was “blinded by its desire to keep its ‘consulting’  relationship with Dr Brown intact”.

It was also alleged that Dr Brown and his “surrogates” put pressure on government officials to increase payments made for tests, and that he “offered and paid kickbacks” to local doctors to refer patients for scans to his clinics.

It was also noted in the former Government’s court submission that the level of testing conducted at Dr Brown’s clinics placed Bermudians “among the most scanned patients in the world”.