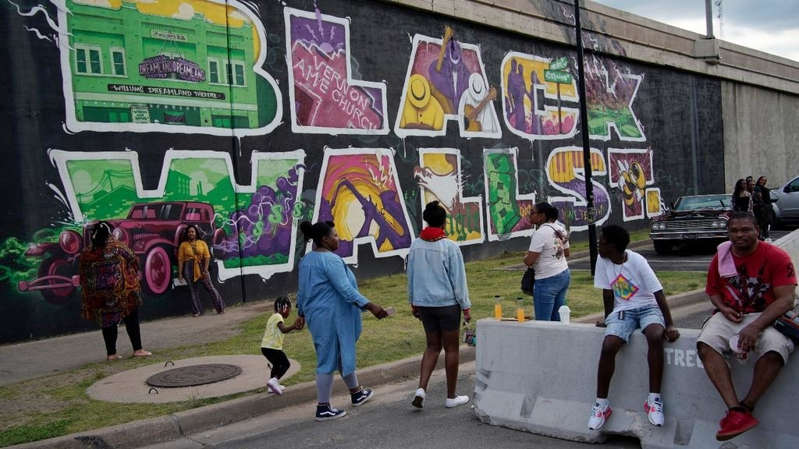 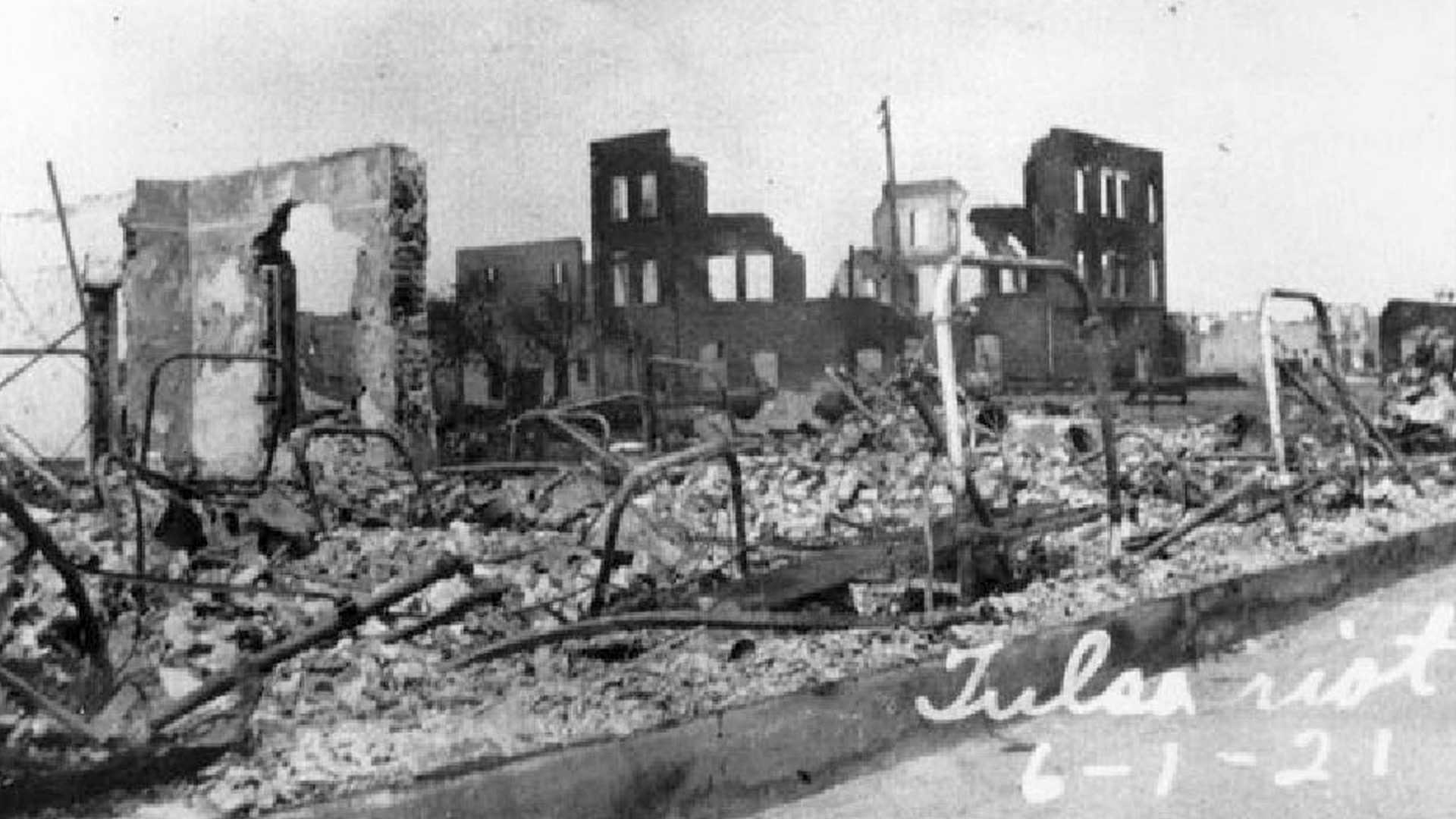 MSN News: FRANCE 24 –At the foot of modern buildings on an anonymous street in Tulsa, Oklahoma, a few discreet metal plaques catch the eye. “Grier shoemaker,” “Earl real estate” — riveted to the ground, they bear the names of Black-owned businesses that once stood there before being destroyed during one of the worst racial massacres in the United States, in 1921.

A rare vestige of a neighbourhood so prosperous it was called Black Wall Street, the plaques prove that the history of Greenwood — a historically Black neighborhood of Tulsa — is understood not by the monuments that currently stand, but the ones that are no longer there.

On the eve of a visit from President Joe Biden, popular with African-American voters, who will attend Tuesday’s commemorations of the 100th anniversary of the massacre, and after a year marked by the Black Lives Matter movement, the killings resonate with current events more than ever.

“They came over and destroyed Greenwood and burned everything down,” Bobby Eaton, 86, a neighborhood resident and former civil rights activist, told AFP.

A century ago, in the southern US town, the arrest of a young Black man accused of assaulting a white woman sparked one of the worst outpourings of racial violence ever seen in the country.

On May 31, 1921, after the arrest of Dick Rowland, hundreds of furious white people gathered outside the Tulsa courthouse, signalling to Black residents that a lynching — a common practice at the time and until as recently as the 1960s — was imminent. 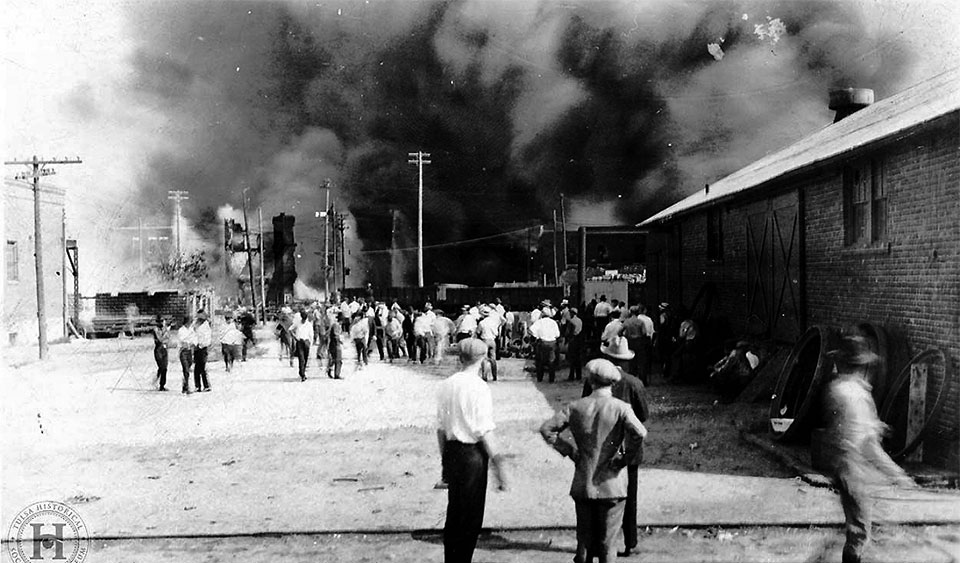 A group of African-American World War I veterans, some of them armed, mobilized in an attempt to protect Rowland.

Tensions spiked and shots were fired. Fewer in number, the African-American residents retreated to Greenwood, known at the time for its economic prosperity and many businesses.

The next day, at dawn, white men looted and burned the buildings, chasing down and beating Black people living there. All day long, they ransacked Black Wall Street — police not only did not intervene but joined in the destruction — until nothing was left but ruins and ashes, killing up to 300 people in the process. The destruction left some 10,000 people homeless.

With a blue cap on his head and a T-shirt commemorating the massacre’s centennial pulled over his shirt, Eaton feels marked by this event that he never saw but heard so much about as a child in his father’s barber shop.

“I learned a lot about the riots as a very young person, that has never left my memory,” he said.

‘Don’t own the land’

In his opinion, as with many others in the neighbourhood, it was the African-American prosperity that sparked the destruction. “That caused a great amount of jealousy, and it’s still doing so.

“That mentality that destroyed Greenwood to begin with, to a great extent still exists right here in Tulsa,” Eaton said.

>> Inside the Americas: 1921 Tulsa massacre – Remembering a dark chapter in American history

Even 100 years after the massacre, racial tensions remain high.

In the Black Wall Street Liquid Lounge – a coffee shop named, like many businesses in Greenwood, in homage to the neighbourhood’s golden age – Kode Ransom, a 32-year-old African-American man, sports long dreadlocks and a big smile as he greets customers.

A happy co-manager of the business, he has one regret: not owning the walls around him.

Ransom estimates that about 20 African-American-owned businesses exist in Greenwood, and they all pay rent.

An urban planning policy, called urban renewal, carried out by the Tulsa city council since the 1960s, has had the effect of driving out African-American owners whose houses or businesses, deemed dilapidated, were demolished to make way for new buildings.

The construction of a seven-lane highway through the middle of the main street finished disfiguring the neighbourhood.

“At the time when Greenwood was Greenwood, you had 40 blocks, and now it’s all being condensed down to half of a street… and even on that half of a street it’s still not really just Black Wall Street,” said Ransom, sighing.

A few meters from the cafe, in the Greenwood Art Gallery, manager Queen Alexander, 31, arranges the exhibited paintings, which celebrate African-American culture.

She also pays rent – and it’s about to go up by 30 percent. The opening of a large museum dedicated to the neighbourhood’s history, the Greenwood Rising History Center, which will officially open Wednesday, has caused rent for the surrounding businesses to increase.

One of her acquaintances, who had run a beauty salon in Greenwood for more than 40 years, was evicted. “She couldn’t afford the rent,” said Alexander.

Outside the bay windows of her gallery, Alexander observes the gentrification at work.

“You do see now white people walking their dogs, and riding their bikes, in neighbourhoods that you would never have seen them before,” she said, noting the opening of a baseball field, a Starbucks and “a college that I probably couldn’t afford.”

For her, Greenwood without its African-American owners and historic buildings is no longer really Black Wall Street but “Greenwood district with some Black business leases.”

And “if we all get evicted tomorrow, this is white Wall Street.” 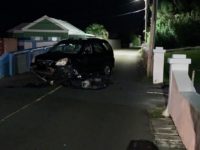 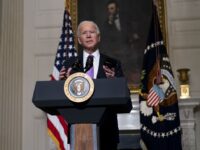 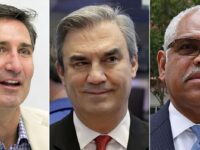