The decision to close three stores in the Arnold’s Family Market grocery store chain announced this week drew opposing views on the state of Bermuda’s economy and the rising operating costs of doing business in Bermuda.

On the one hand, OBA Senator Nick Kempe contends ‘Burtonomics’ is not working for Bermuda, while on the other hand, PLP MP Chris Famous accused the Opposition of trying to “score cheap political points” to push an “open up the immigration floodgates’ agenda”.

When will this Government recognize that its economic policies are not working and are only succeeding in adding significant extra pressures on businesses?

Frank Arnold’s statement saying that increased operating costs were a factor in his decision to close some stores is yet another warning to Government that they need to change course.

The Government has pursued a one track economic policy of fintech which has yet to have any impact on the economy and while our GDP remains positive, driven by projects such as the St. Regis hotel, the airport and the new Belco plant, the underlying statistics paint a very different picture for local businesses that employ Bermudians year in year out.

Retail sales volumes have plummeted and the reinsurance sector has continued to shed jobs. At the same time, the Government has increased the cost of doing business – increased land tax, the new local company dividend tax, increased foreign currency purchase tax and the transfer of more cost to private health insurance have all negatively hit businesses.

Add in lack of immigration reform to encourage people to come to Bermuda and we see a very different and disturbing picture that is not being addressed by this Government.

The One Bermuda Alliance understood – and still understands – the need to pursue a multi-track economic policy and we provided an economic stimulus while controlling Government costs, but Burtonomics appears to be exactly the opposite.

In the long-term fintech may produce some jobs but how long can people wait? They are suffering now.

Mr Burt has to take his blinkers off and show not only that he understands that his policies are not working but that he cares about the suffering imposed on Bermudians and changes course.

The Response by MP Chris Famous:

It is unfortunate that the One Bermuda Alliance is celebrating the shrinking of a Bermudian business in a vain effort to score cheap political points and push their anti-Bermudian,’open up the immigration floodgates’ agenda.”

In fact the PLP Government has:

During their term in office, the OBA fought desperately to open the immigration floodgates as a solution to our economic woes, and despite that approach leading to protests and their complete and utter rejection at the polls, they continue to push an agenda that Bermudians reject and that Bermudians know will see our people further marginalized in our own country. We reject the OBA’s ‘open the floodgates’ approach to immigration.

The facts are that any investor who wishes to come to Bermuda to start a company, under our current laws, can stay in Bermuda, apply to become a permanent resident, pass that PRC status to their spouse and children, and buy property here in Bermuda. What is the OBA demanding that isn’t already in place and more importantly, if we were to drop thousands of non-Bermudians on Front Street, where would they work?

It is unfortunate that the Arnold’s group has found the need to close three of their stores,” he said, adding that “for the OBA to jump on this for political gain, is also unfortunate. 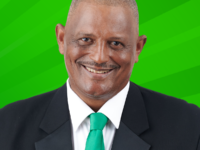