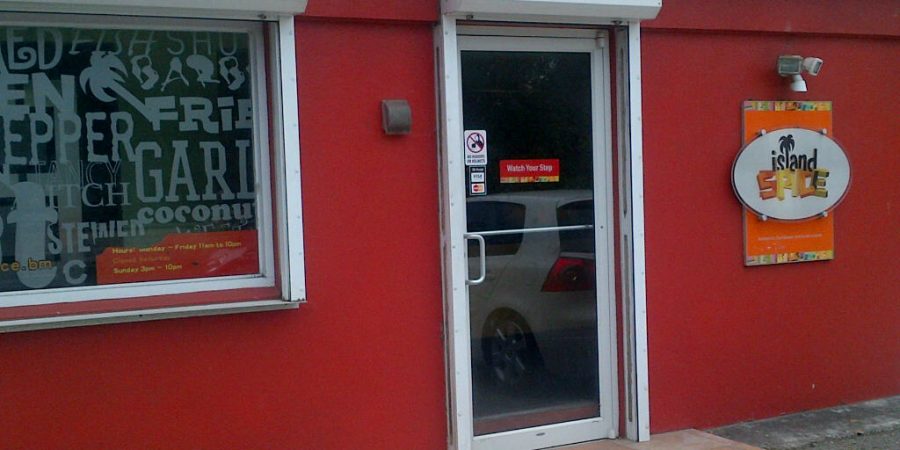 In the aftermath of the armed robbery at Island Spice that saw a female cashier held and threatened at gunpoint, business at the Warwick roadside restaurant has taken a dive in a downward spiral.

In an exclusive Bermuda Real interview, manager Mikko Ingham, a self-employed entrepreneur, said business dipped substantially since the harrowing incident on the night of February 9th.

First and foremost he said he is truly grateful that no one was physically hurt. But he said the cashier, understandably, may never work behind a counter again. Now he’s grappling with keeping the business afloat as the steady stream of customers has dropped off substantially.

Apart from the fact that January and February are “the slowest months across the board”, the challenge now as a employer of ten, including eight Bermudians, is to keep the business open and his staff employed.

“That’s a slam, and the slam isn’t the money that they stole, it’s the effect that the robbery has had on the business,” said Mr Ingham.

“Immediately after that we were three staff down because of the robbery, two of the girls were traumatised, one is still out. The other had medical emergencies that ironically just happened at the same time, which means we have to rearrange the schedule.

“If you’re rearranging your schedule and having to pay extra to accommodate missed staff, that also raises your operating costs immediately. Your operating costs go up, but your customers walking in the door goes down as a result of this incident.

“We generally do a brisk business day and night, and it’s noticeably down across the board; it’s just outright slower. At this point we’re barely covering costs to do business which took a dive right after the robbery. That coupled with the fact that it happened during one of our slowest months has affected business which has been very slow ever since.”

At this point he said he’s struggling to make it. “It’s definitely stress because you’re thinking is it going to turn back around? I’m trying to keep staff employed as well as gearing up for March going into the season.

“You’re sort of just hanging on until the season is here, but the season really means nothing if customers have been frightened away. As a customer, I’ve patronised places that have been robbed in the past. I can identify with the fact that it isn’t the place that was responsible and I will continue to patronise them.

“I’m not going to let the bad judgements of some individuals who chose to rob their own people to deter me from patronising a business that I would like to continue to patronise. And I would encourage our patrons to do the same,” he added.

The restaurant which opens seven days a week now closes at 9pm instead of 10pm, with new security measures.

“I’m going to stick it out and see what the new season brings, and if things don’t turn around then I would be forced to close the doors which means roughly ten employees will be out of work – eight are Bermudians,” said Mr Ingham.

As far as he’s concerned it’s not about the money – it’s all about the safety of his employees who, like him, are all trying to make a living.

“When I first heard of the incident my main concern was safety. I was concerned for the staff, particularly the cashier. Thankfully no one was hurt physically. But mentally, the cashier is scarred emotionally because of this incident.

“I couldn’t imagine having a gun stuck in my face, only she knows that – being a cashier has gone to being a high risk job. We’re not the only ones who have been robbed, these robberies have been islandwide,” he said.

While encouraging patrons to support the business he said: “Business-wise I’m going to press on. I’m still here right now, as an entrepreneur I’ve always worked for myself straight from high school. I’ve been a barber since school days, and decided to venture into other businesses.”

He has managed Island Spice for the past seven years.

“The recession has taken its toll on the business, I’m not booming, and I’m not rich from it but it does provide a living and gives ten people work.

“I would encourage our patrons to come back, nothing has changed, and we’re still here to service you in spite of this incident,” Mr Ingham said.

To the two men who committed the armed robbery he had this message: “If they could somehow think about the consequences of their actions – not just for themselves if they’re ever caught. Think about the impact of what their actions is having on others!

“I don’t think that the business was targeted, I just think it’s the random acts of people who have decided they’re just robbing where they see an opportunity for the money.”

Meanwhile, police are appealing to anyone who was in the area of Lindo’s all the way up to Belmont in Warwick just before 9pm on February 9th, who may have seen two men acting suspiciously on a motorbike to call 295-0011 or Crime Stoppers on 800-8477. 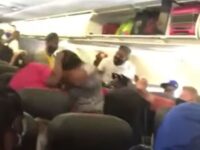