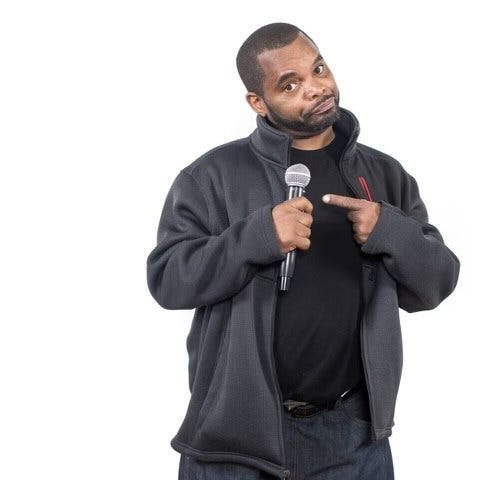 New York Post: Anthony “AJ” Johnson, the actor best known as the scene-stealing Ezal in the hit “Friday” comedy franchise, has died at the age of 55.
Johnson’s rep LyNea Bell confirmed the comedian’s passing, though the cause of death has not been disclosed.

“We lost an icon. He will be greatly missed,” Bell told the Hollywood Reporter. “He has left with us amazing memories of his laughter, dynamic acting skills, but most of all his enormous personality and heart of gold.”

The performer’s nephew reportedly told TMZ his uncle was found unconscious in a Los Angeles store earlier in September. He was rushed to an emergency room where he was pronounced dead.

Johnson boasted roles in a string of hit feature films, including “House Party,” “Menace II Society,” “Lethal Weapon 3” with Mel Gibson and Danny Glover, “The Players Club,” “I Got The Hook Up” and “B.A.P.S” with Halle Berry. Among his varied television credits were national commercials for Dodge and guest spots on “Martin” with Martin Lawrence, “Moesha” with Brandy and “The Jamie Foxx Show,” to name just a few of his hilarious contributions.

The Compton, California native was born to a Hollywood stuntman before making a name for himself on the stand-up comedy circuit. He caught a big screen break when he landed the role of EZE. in 1990’s “House Party,” alongside Kid n’ Play rappers Christopher Reid and Christopher Martin, and DJ Mark “Wiz” Eastmond. Johnson reprised the role for the third “House Party” installment.

His most memorable performance was arguably as the petty criminal Ezal in 1995’s “Friday,” launching the high-living franchise that which starred rapper Ice Cube, who also co-wrote the film, and comedian Chris Tucker.

He was rumored to be set to reprise his signature role of Ezal in an upcoming sequel, “Last Friday,” at the time of his death, according to his official IMDB page.

In 2017, he reportedly suffered a panic attack at LaGuardia Airport on his way to an NYC standup gig, the Daily Mail reported. However, it is not known if issues with anxiety are linked to his death.

Oprah Winfrey’s ‘Policy’ For Holiday Visitors: All Must Be Vaccinated, Boosted, Tested & Quarantined