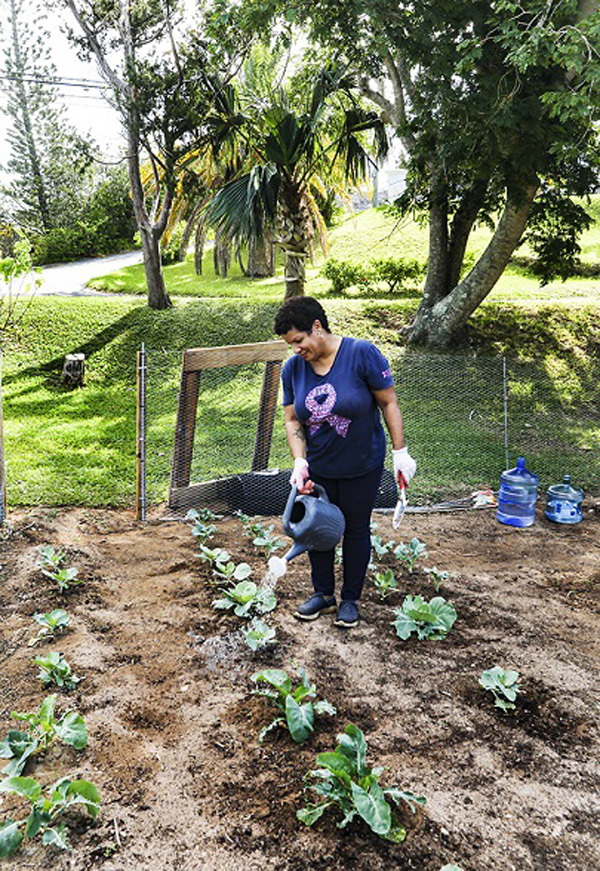 Public Works Minister Lieutenant Colonel David Burch announced the latest additions to the Government’s community gardens programme on Wednesday (November 4), to “assist in meeting the needs of the less fortunate in our community”.

Speaking at a news conference held at the newest community garden at Avocado Lodge Park, the Minister said “another site has been launched – the TN Tatem Community Partners Garden” which is now “complete and ready for use”.

“It is led by boxer Nikki Bascome with assistance from the Blakeney’s and support from other community partners,” said Colonel Burch.

“Anyone interested in a plot can go to TN Tatem and make the arrangements directly with Nikki.”

He also noted that “the Parks Department recently completed this Community Garden”, located at the top of Corkscrew Hill. 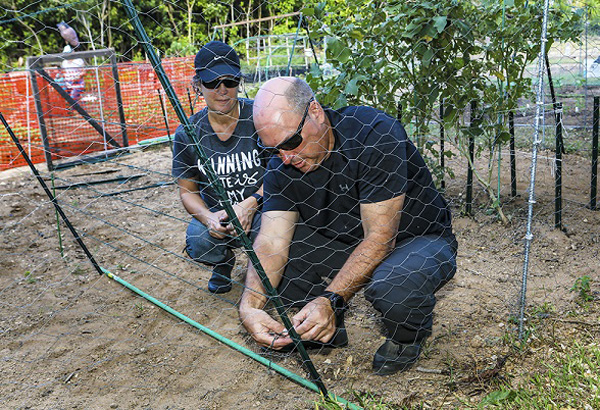 “This site is now available and offers ten 15 by 12-foot plots. We are now seeking a community garden leader for this garden and others as they become active.

“If there are persons interested and willing to lead any of these sites, please come forward and volunteer so they can become operative in short order. As previously stated, these types of projects are successful when led by persons with a passion for gardening. Please contact Jameka Smith Acting Park Planner at the Department of Parks to express your interest.

“Parks is now clearing and prepping a community garden in Southlands 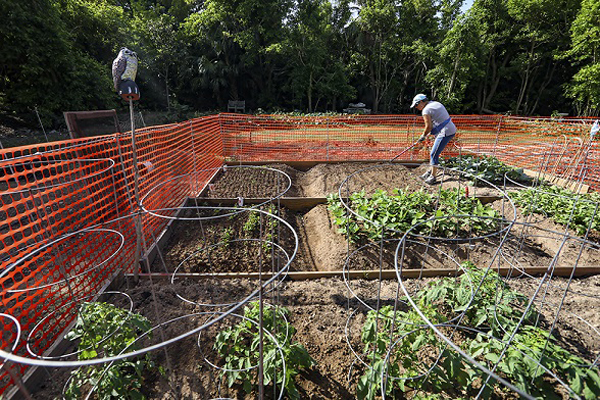 Park with the anticipated completion date by year end. There are also several new sites on the horizon as we identify areas in St David’s and St Georges as we work to achieve our goal of a community garden in every parish.

“To that end, I must give special thanks to Ms Jameka Smith and Mr Stephen Furbert for their continued assistance in getting the gardens started.

“Many will be familiar with the longest established and most well-known Crow Lane Community Garden. This garden, established in 1984, continues to flourish to this day and is the perfect example of a project 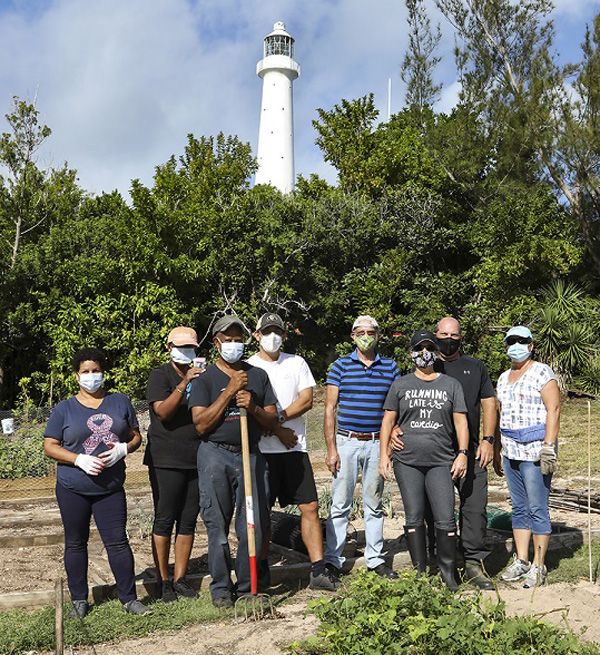 leading to wider Community collaboration that goes well beyond gardening,” he added.

“Crow Lane has been led by Dr Gloria & Mr. Rawle Frederick from the very beginning in 1984, an incredible 36 -year journey that clearly demonstrates their passion for gardening. They have also freely shared their knowledge with all those who have sought advice. And so again, I would like to publically thank the Frederick’s for their many years of commitment and dedication to this magnificent project.

“Like the Fredericks, Government is fully committed to doing its part to aid in boosting the growth of the agriculture industry.”

The plan moving forward is to establish a community garden in every Parish.

“In February, we established a community garden at Gibbs Hill Lighthouse Park that has proven very successful and well received by the Southampton community. Named ‘Serenity Garden’, it is managed 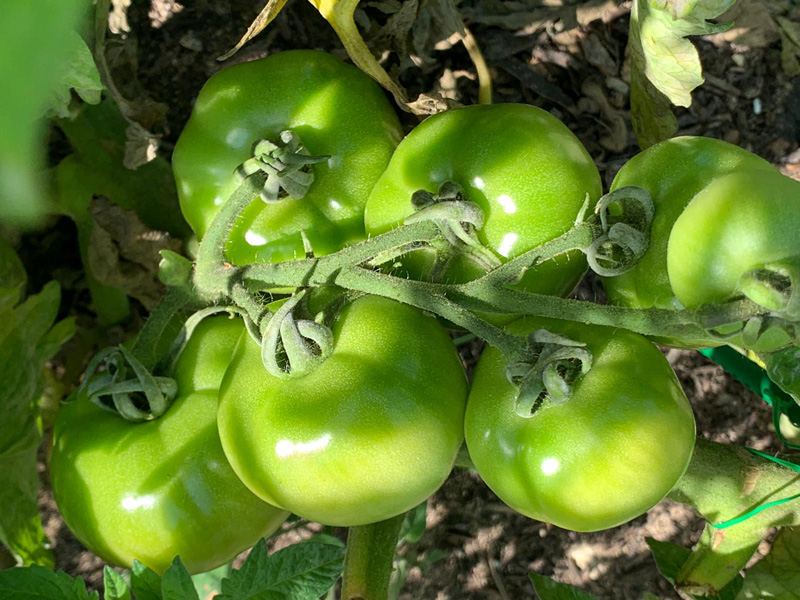 by the husband & wife team of Mr Dave and Mrs Jocille Blakeney, who were unrelenting in pushing for it to happen, and navigated the various Government Departments.

“To date, all the plots have been assigned and plot owners continue to reap the benefits of growing their own produce. I’d like to thank the Blakeney’s again for their commitment to this effort.

“I also want to remind everyone that very little experience is required, all that is needed is a love for our community and a desire to feed oneself. It’s also clear that each garden must have a leader – ideally from the neighbourhood – who is passionate about gardening who will be the driving force to making it a success.” 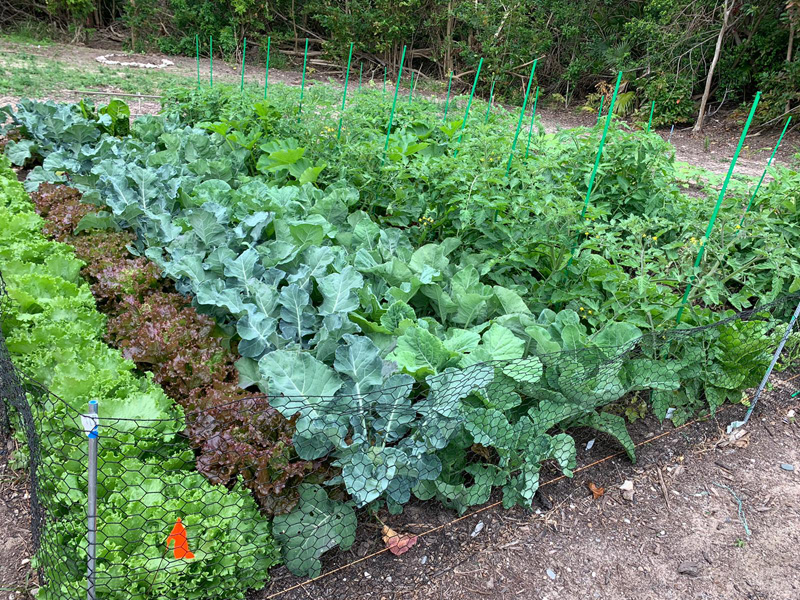 The Minister also noted that “not much land is required to create your own backyard garden”.

“We know this from the number of requests we’ve had for mulch from Marsh Folly post COVID lock down. So much so, that at times we have delivered truckloads of mulch to Serenity, Tatem, and several other community collection neighbourhood sites such as Purvis Primary, Government Gate, Devonshire Community Garden, and Death Valley Field.

“To support home gardeners, we will deliver to other parts of the island as well. Members of the public need only speak to their Member of Parliament, and he or she will make the necessary arrangements for 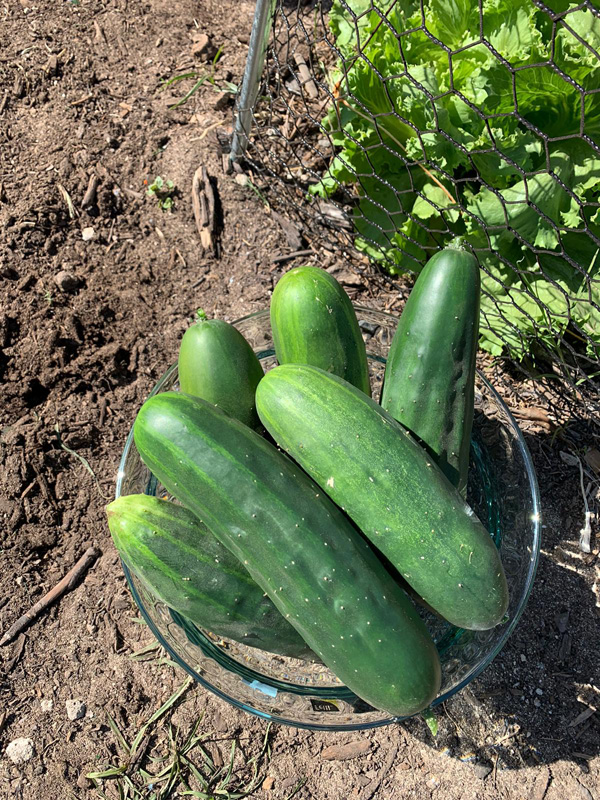 mulch to be delivered to a community drop location in your neighborhood. Anyone can help themselves to the mulch, or if they choose – they can collect it from Marsh Folly – 24 hours a day – follow the signs – it is literally at the entrance to Marsh Folly – and it’s free.”

In closing, Minister Burch also invited “private landowners who have unused plots of land that may be suitable for a community garden to consider creating one”.

“Similar to the one organized by MP Michael Weeks in Friswell’s Hill. Again, the Department of Parks will be more than willing to lend a hand in getting it organized.

“I live near Lighthouse Hill and it is always a pleasure to see how that project developed from an over grown, weed infested piece of land to the spectacular garden it is today. I also note the benefit to the community, of having neighbours interacting and working positively together.”

Photos of the Serenity Gardens community members on-site and some of their produce: 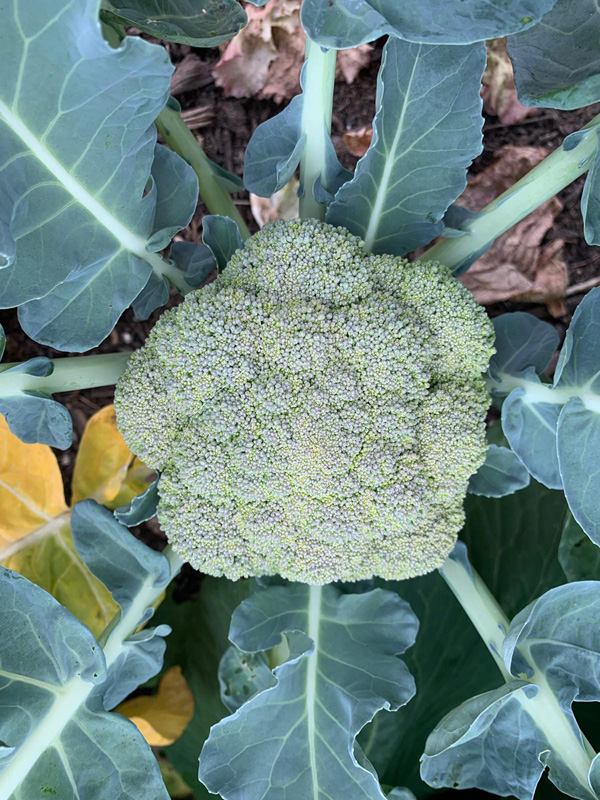 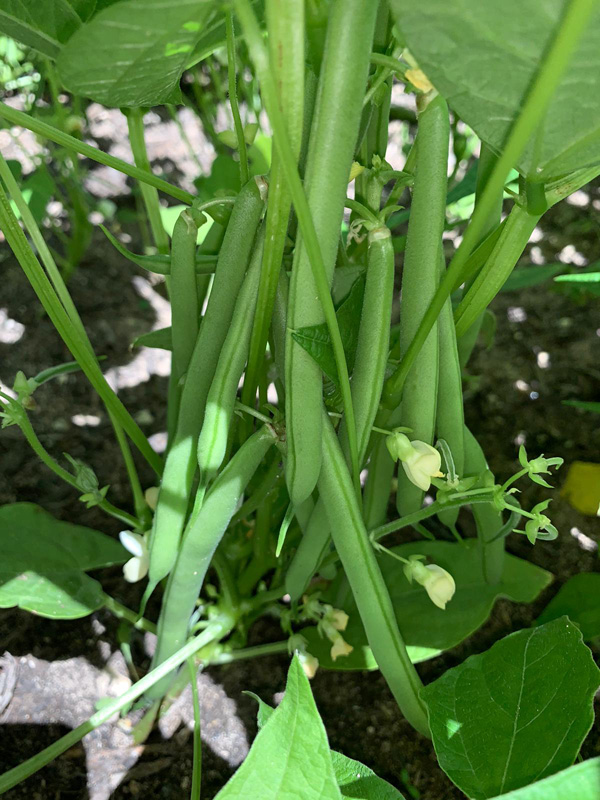 Stranded Whale Out Of French River, To Be Moved To Saltwater