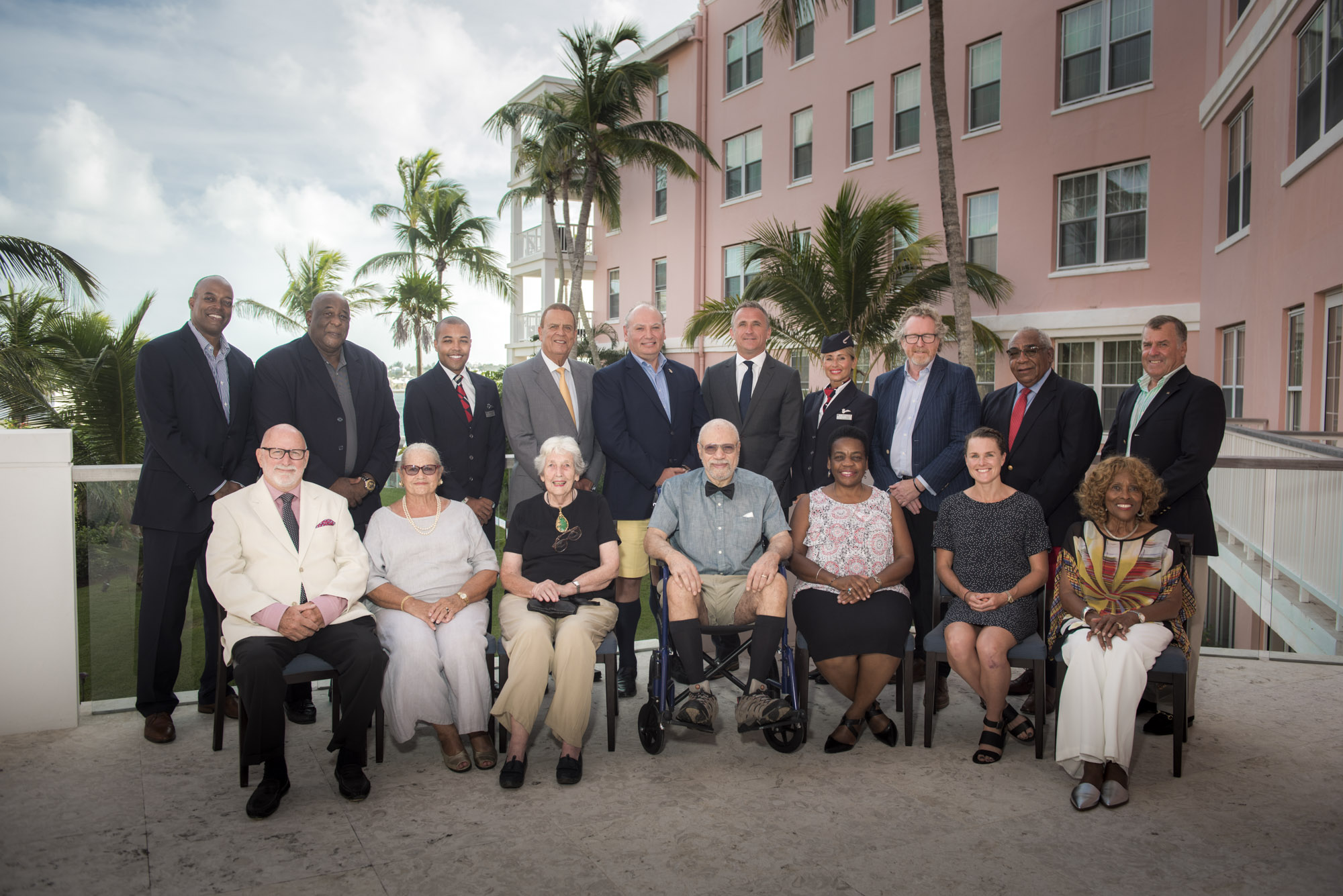 The art piece, made possible by British Airways and the hotel, features 14 portraits of celebrated Bermudians displayed in a cedar display, created by Bermudian carpenter, Jeremy Johnson of Village Carpentry. Interspersed among the portraits are postcards, handwritten by Bermudians outlining the reasons for the subjects’ inclusion.

Alistair Morrison described the portraits – of the sitters and their shadows cast on to Bermuda’s distinct walls and buildings – as “a depiction of their soul, in celebration of their contribution to the island in so many positive ways”.

Two of the Legacies, Martha Dismont and Ronnie Chameau, were chosen by the public during an open nominations period. The Bermudians are:

Alistair Morrison is widely considered one of Britain’s most renowned photographers. Among his subjects are household names such as Tom Cruise, Elton John, Paul McCartney, Bruce Springsteen and Kate Winslet. He had more than 80 portraits displayed at the National Portrait Gallery in London. Mr Morrison has strong ties to Bermuda as his mother is Bermudian, his parents met on the island and he has family based here.

“Bermuda holds a very special place in my heart and with so much of my family here, I consider it a home away from home. ‘An Island’s Legacy – Postcards From Bermuda’ is my tribute to the Bermudian people and a celebration of what makes this island what it is,” said Mr Morrison.

“I would like to thank British Airways and Hamilton Princess & Beach Club for their support, without which this project would not have been possible.”

Tim Morrison, General Manager at the hotel, said the Hamilton Princess has a “longstanding commitment to the arts and to the local community.

He described the display as “a wonderful combination of them both”.

“The piece celebrates remarkable Bermudians, including our own Allan Trew, who have made great contributions to Bermuda,” he said.

“Alistair Morrison is a world-renowned artist who has had his pieces displayed in incredible venues, such as the National Portrait Gallery in London, and we are honoured that Hamilton Princess & Beach Club will be the host of his latest piece.”

Simon Brooks, British Airways’ Senior Vice President of Sales, North America noted that the airline has been servicing Bermuda for more than 80 years in “a very special relationship with the island”.

“We are delighted to be able to commemorate this relationship with this unique art project which celebrates the island and its people.”