That was one of the disclosures contained in the independent Economic and Social Impact Assessment on AC35 conducted by Pricewaterhouse Coopers.

At a news conference held yesterday to release the much anticipated report, the ACBDA said the America’s Cup will generate a $330 million boost to Bermuda’s economy. 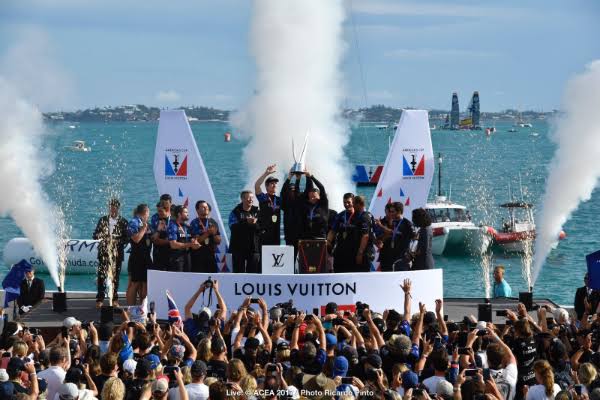 Included in the $336.4 million impact on the island’s Gross Domestic Product, is $90.8 million in projected future tourism spending over the next five years as a direct result of the exposure Bermuda received from hosting the event.

The 62-page PwC report also stated the America’s Cup generated $194.3 million in incremental on-island spending in just over two years from January 2015. That resulted in a $245.6 million boost to GDP.

It was also noted that the bulk of on-island spending came from the participating sailing teams, their support crew, organisers, and family members living and working in Bermuda, to the tune of $116.4 million.

Local hotels and restaurants garnered 29 percent of the $194.3 million spent, another 14 percent went to real estate and rentals, and 13 percent to the construction industry.

According to the ACBDA: “This represents a 525 percent return on investment, including future tourism revenue. That is, for every $1 of the $64.1 million spent, $5.25 will be returned back into the local economy, generating extra revenue for businesses and residents and additional wages for local workers.”

ACBDA Chairman Peter Durhager said: “The indisputably positive economic outcome of Bermuda hosting the 35th America’s Cup is a clear example of Bermuda’s potential and proves that we can deliver large-scale projects under budget, on time, and at a world-class quality level, when the right combination of skills, good governance and transparency are present.

“We managed a $77 million budget down to %64.1 million, while still achieing resounding success. This is the benefit of strong public-private sector collaboration.

“The greatest economic value to Bermuda hosting the America’s Cup came from the 450 team members and organisers who moved to Bermuda with their families, living and working in our community, buying groceries, cars and bikes and renting homes from Bermuda landlords.”

International visitors, here solely for the world race series spent $28.7 million while on the island. Another $14.4 million was spent by visitors on 745 superyachts and other visiting yachts in May and June as well. 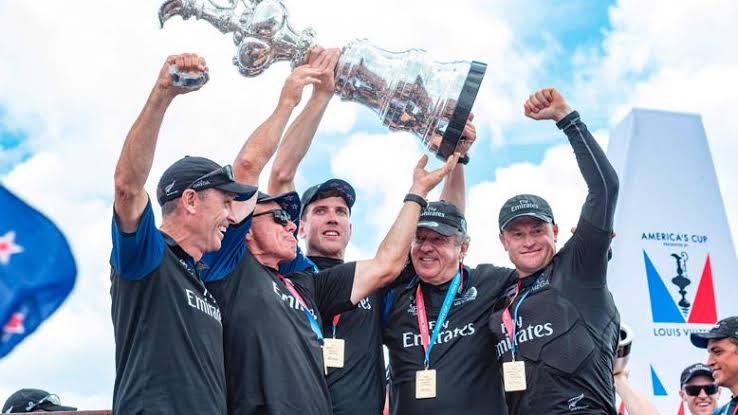 As for the public purse, the Bermuda Government received $4 million in taxes and other revenue.

ACBDA CEO Mike Winfield said: “We went into the bid process with a view to the event economically benefiting Bermuda, demonstrating that Bermuda had the capacity, skills and determination to deliver an event of this scale to international standards, and ensuring that brand Bermuda was put before a wide international market. We have succeeded on all counts.

“We did this by defining our goals up front, spending an incredible amount of time and effort in the planning process, testing those plans, engaging with a wide cross section of the community, harnessing their expertise, energy and determination and then staying focused on our deliverables.

“The collaboration between ACBDA and America’s Cup Event Authority proved to be a win-win, which positions Bermuda well for future events.”

Some 452 million viewers watched broadcasts of the prestigious race series around the world, in 163 countries by 31 broadcasters.

An estimated 17,000 residents attended the event, with 94,600 tickets scanned in through the entry to the AC Village from May 27 to June 26. And more than 1,600 students aged between nine and 12 participated in the America’s Cup Endeavour Programme.

According to the breakdown, 64 percent of those who attended were white, 15 percent were black and 14 percent were “mixed and other”.

Like It Or Lump It! MPs Pass Minimum Wage Bill Now Bound For The Senate – $16.40 Per Hour