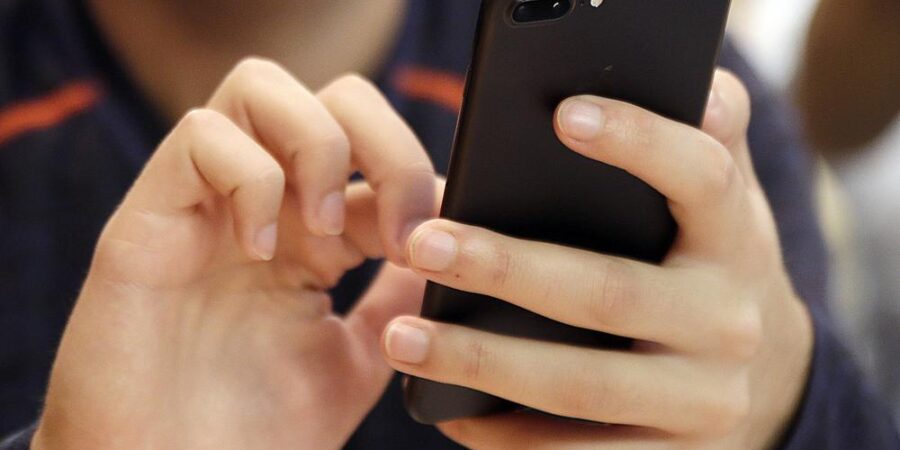 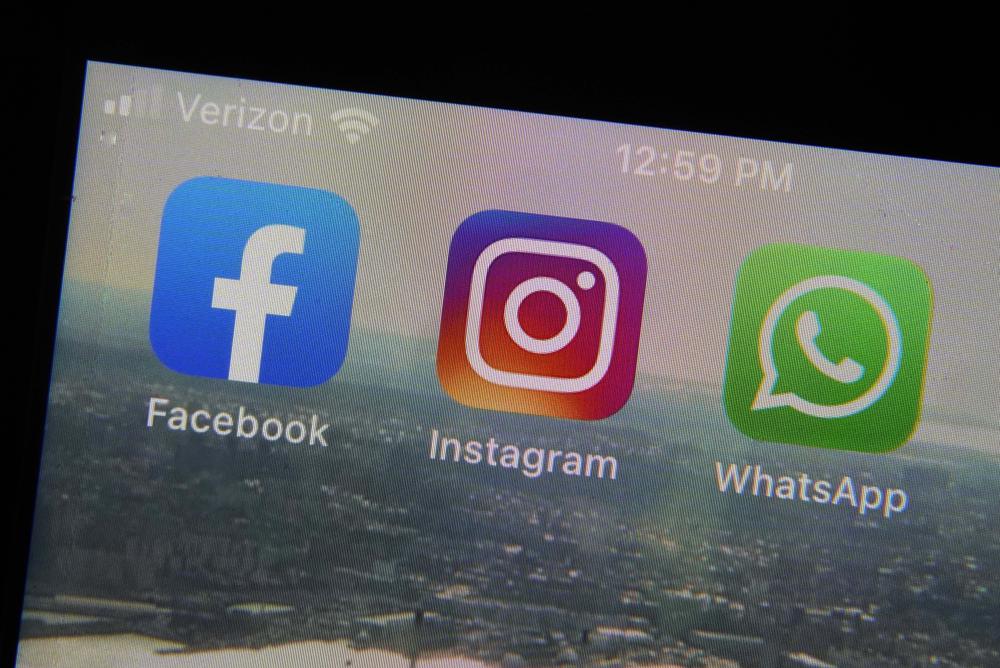 Associated Press: WASHINGTON — Nearly all Americans agree that the rampant spread of misinformation is a problem.

Most also think social media companies, and the people that use them, bear a good deal of blame for the situation. But few are very concerned that they themselves might be responsible, according to a new poll from The Pearson Institute and The Associated Press-NORC Center for Public Affairs Research.

Ninety-five percent of Americans identified misinformation as a problem when they’re trying to access important information. About half put a great deal of blame on the US government, and about three-quarters point to social media users and tech companies. Yet only 2 in 10 Americans say they’re very concerned that they have personally spread misinformation.

More, about 6 in 10, are at least somewhat concerned that their friends or family members have been part of the problem.

For Carmen Speller, a 33-year-old graduate student in Lexington, Kentucky, the divisions are evident when she’s discussing the coronavirus pandemic with close family members. Speller trusts COVID-19 vaccines; her family does not. She believes the misinformation her family has seen on TV or read on questionable news sites has swayed them in their decision to stay unvaccinated against COVID-19.

In fact, some of her family members think she’s crazy for trusting the government for information about COVID-19.

“I do feel like they believe I’m misinformed. I’m the one that’s blindly following what the government is saying, that’s something I hear a lot,” Speller said. “It’s come to the point where it does create a lot of tension with my family and some of my friends as well.”

Speller isn’t the only one who may be having those disagreements with her family.

The survey found that 61% of Republicans say the U.S. government has a lot of responsibility for spreading misinformation, compared with just 38% of Democrats. 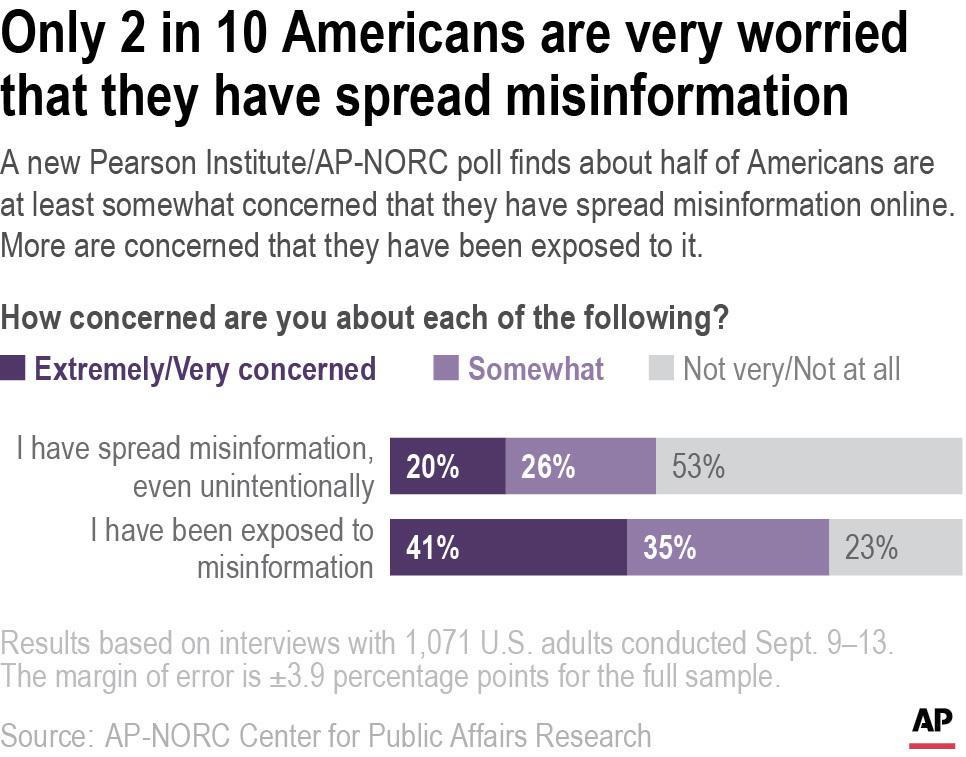 According to the poll, 79 percent of Republicans and 73 percent of Democrats said social media companies have a great deal or quite a bit of responsibility for misinformation.

And that type of rare partisan agreement among Americans could spell trouble for tech giants like Facebook, the largest and most profitable of the social media platforms, which is under fire from Republican and Democrat lawmakers alike.

“The AP-NORC poll is bad news for Facebook,” said Konstantin Sonin, a professor of public policy at the University of Chicago who is affiliated with the Pearson Institute. “It makes clear that assaulting Facebook is popular by a large margin — even when Congress is split 50-50, and each side has its own reasons.”

During a congressional hearing Tuesday, senators vowed to hit Facebook with new regulations after a whistleblower testified that the company’s own research shows its algorithms amplify misinformation and content that harms children.

“It has profited off spreading misinformation and disinformation and sowing hate,” Sen. Richard Blumenthal, D-Conn., said during a meeting of the Senate Commerce Subcommittee on Consumer Protection. Democrats and Republicans ended the hearing with acknowledgement that regulations must be introduced to change the way Facebook amplifies its content and targets users.

The poll also revealed that Americans are willing to blame just about everybody but themselves for spreading misinformation, with 53% of them saying they’re not concerned that they’ve spread misinformation.

“We see this a lot of times where people are very worried about misinformation but they think it’s something that happens to other people — other people get fooled by it, other people spread it,” said Lisa Fazio, a Vanderbilt University psychology professor who studies how false claims spread. “Most people don’t recognize their own role in it.”

Younger adults tend to be more concerned that they’ve shared falsehoods, with 25% of those ages 18 to 29 very or extremely worried that they have spread misinformation, compared to just 14% of adults ages 60 and older. Sixty-three percent of older adults are not concerned, compared with roughly half of other Americans.

Yet it’s older adults who should be more worried about spreading misinformation, given that research shows they’re more likely to share an article from a false news website, Fazio said.

Before she shares things with family or her friends on Facebook, Speller tries her best to make sure the information she’s passing on about important topics like COVID-19 has been peer-reviewed or comes from a credible medical institution. Still, Speller acknowledges there has to have been a time or two that she “liked” or hit “share” on a post that didn’t get all the facts quite right.

“I’m sure it has happened,” Speller said. “I tend to not share things on social media that I didn’t find on verified sites. I’m open to that if someone were to point out, ‘Hey this isn’t right,’ I would think, OK, let me check this.”

The AP-NORC poll of 1,071 adults was conducted Sept. 9-13 using a sample drawn from NORC’s probability-based AmeriSpeak Panel, which is designed to be representative of the U.S. population. The margin of sampling error for all respondents is plus or minus 3.9 percentage points.