Hotel employees from the Hamilton Princess & Beach Club recently spent half a day painting the Deliverance in St George’s, to keep the historical replica “spruced up as a tourist attraction”.

A spokesperson said: “This is part of the hotel’s community outreach efforts and provides a link with the hotel as one of its suites is named after the Deliverance.” 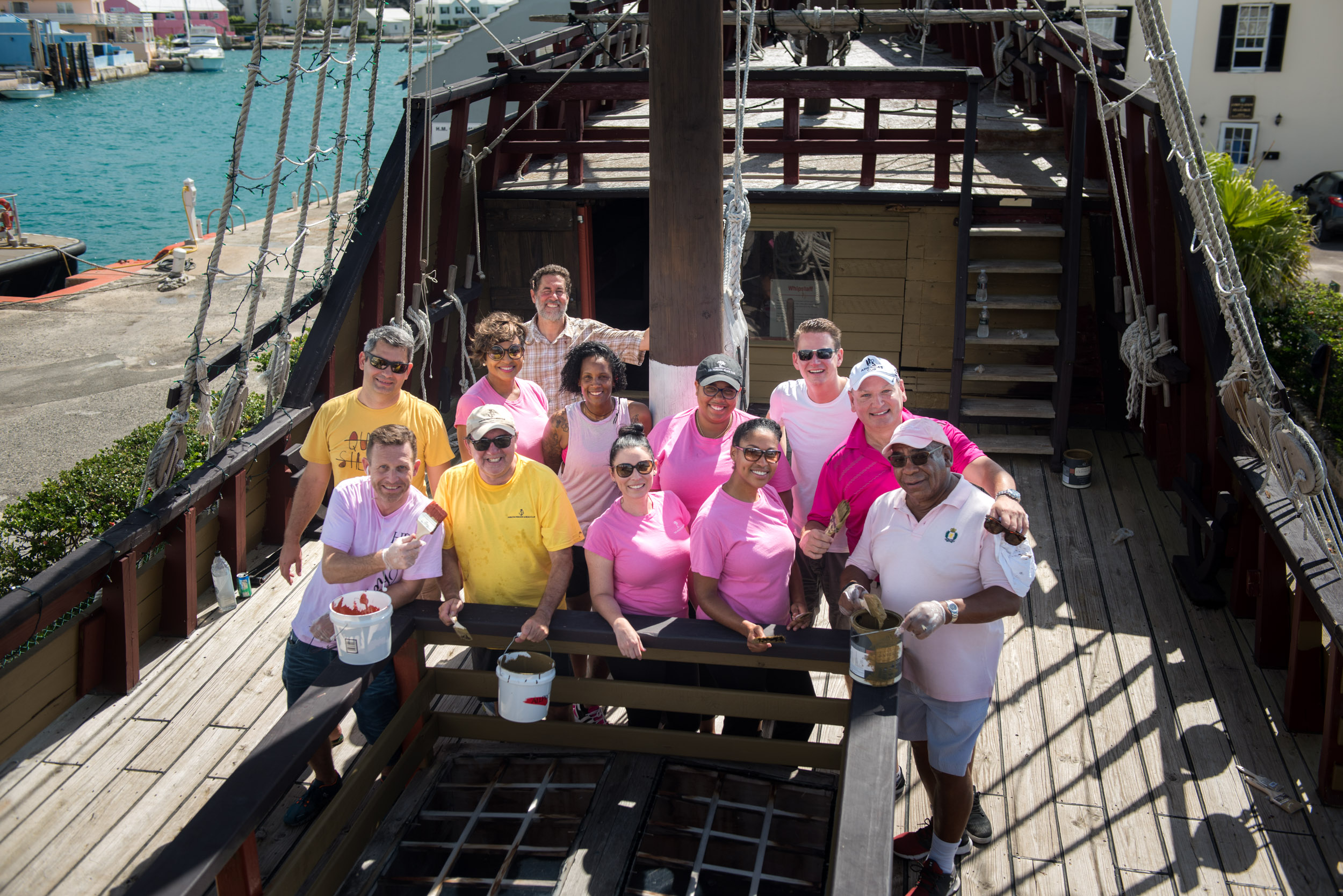 The replica of the ship Deliverance and another ship Patience by which Sir George Somers and his men completed their journey to Jamestown of Virginia in 1610, after their ship Sea Venture ended up wrecked on reefs off St George’s in 1609.

In all, there nine ships in the fleet that started out from Plymouth in England bound for Jamestown in Virginia to set up a new British settlement.
But the ill fate of two ships that got separated from the fleet were all left stranded in Bermuda. 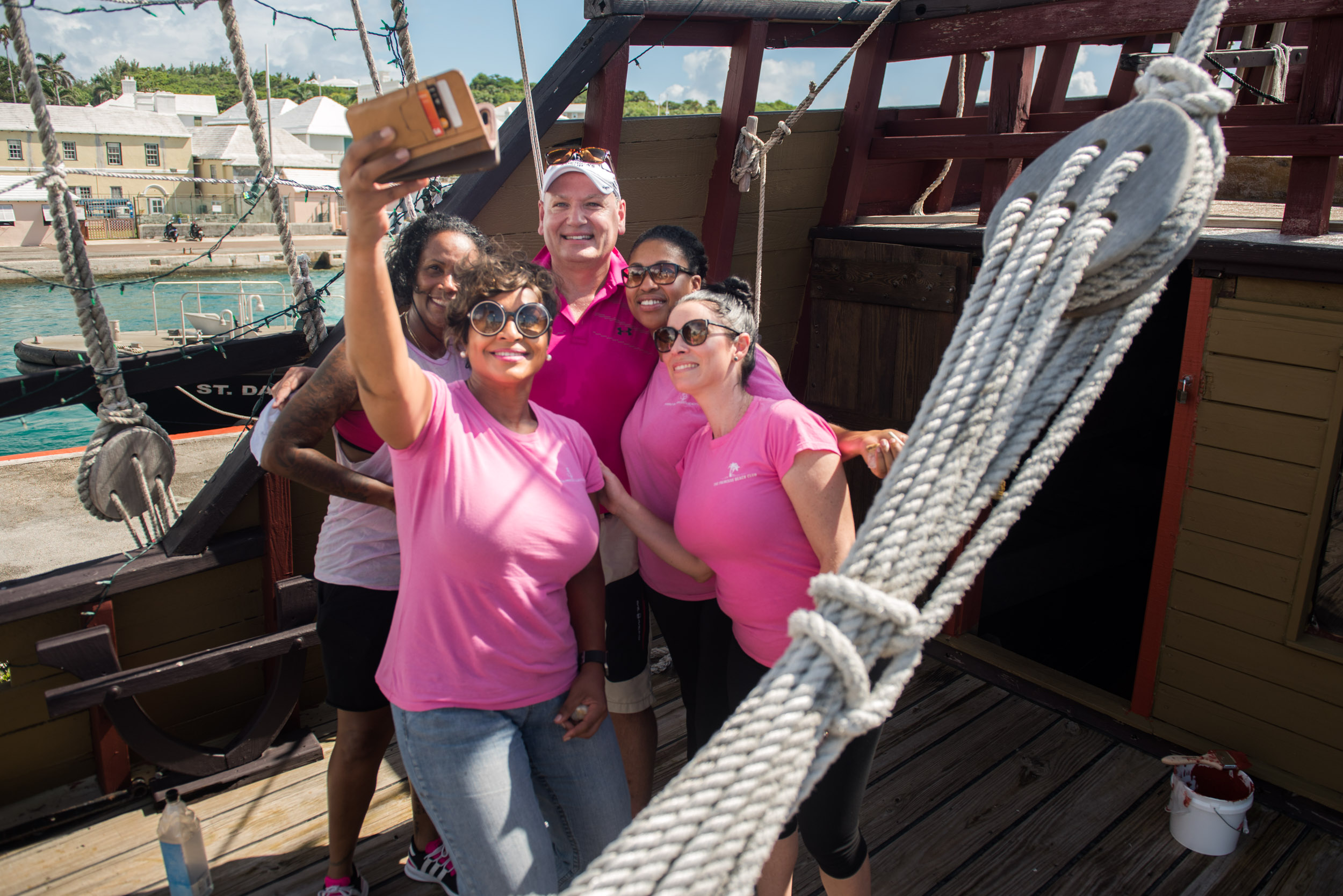 KFC Donates More Than $5,000 To Coalition